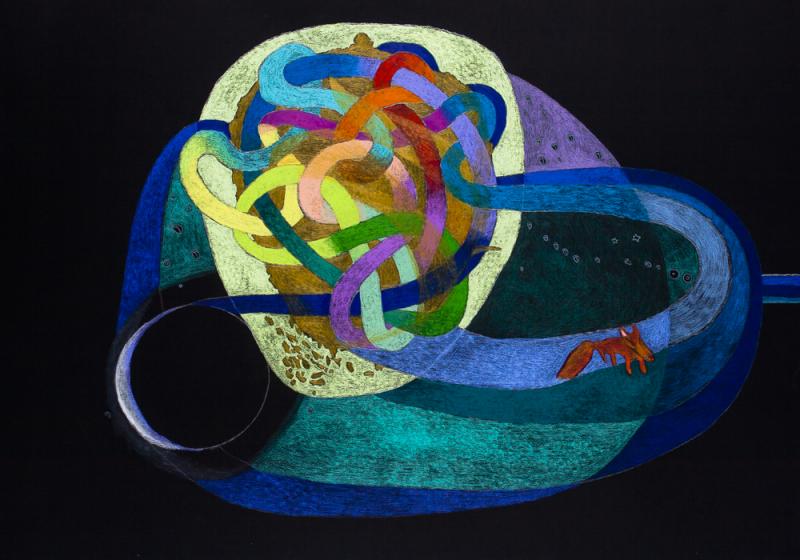 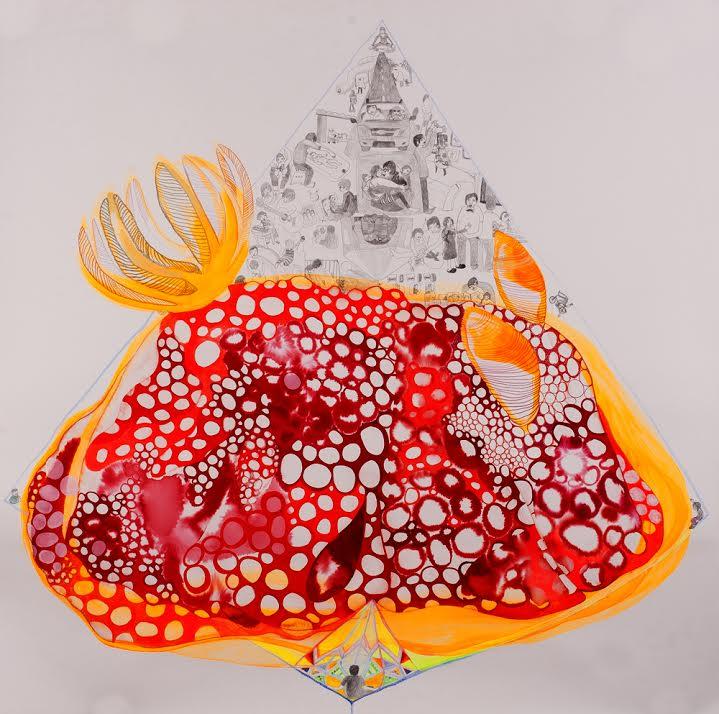 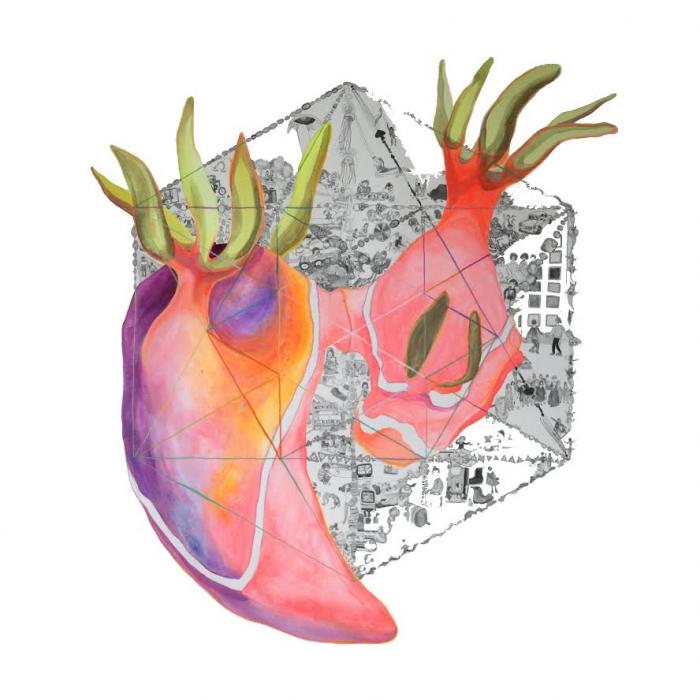 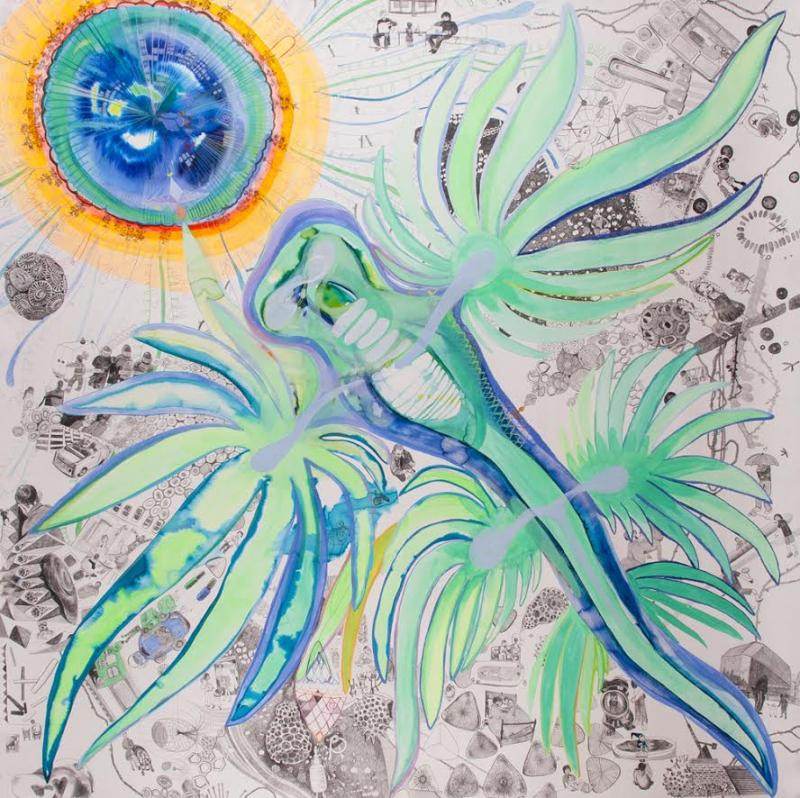 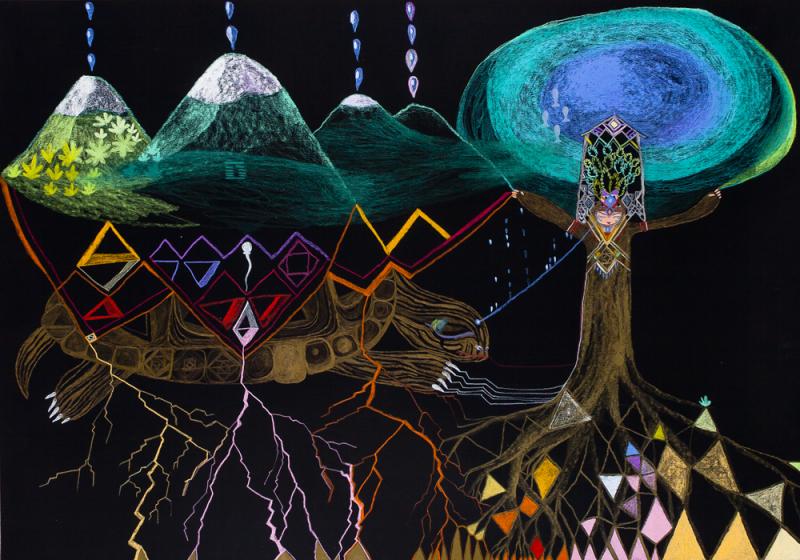 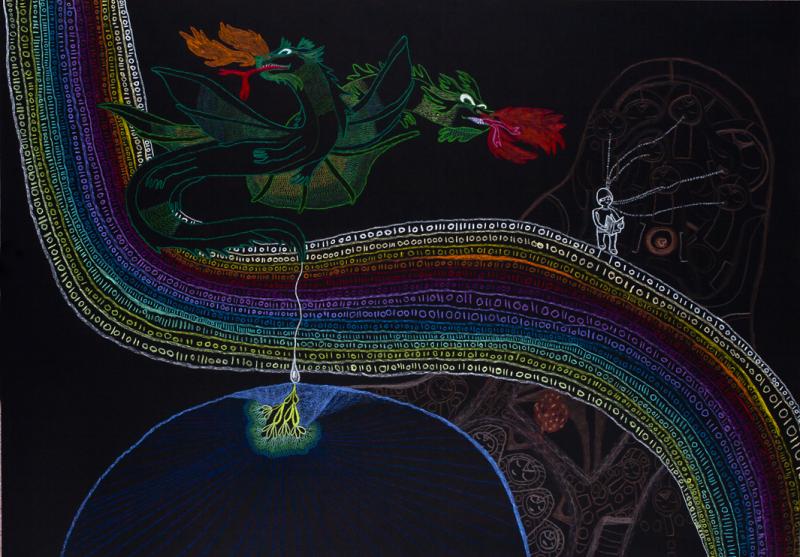 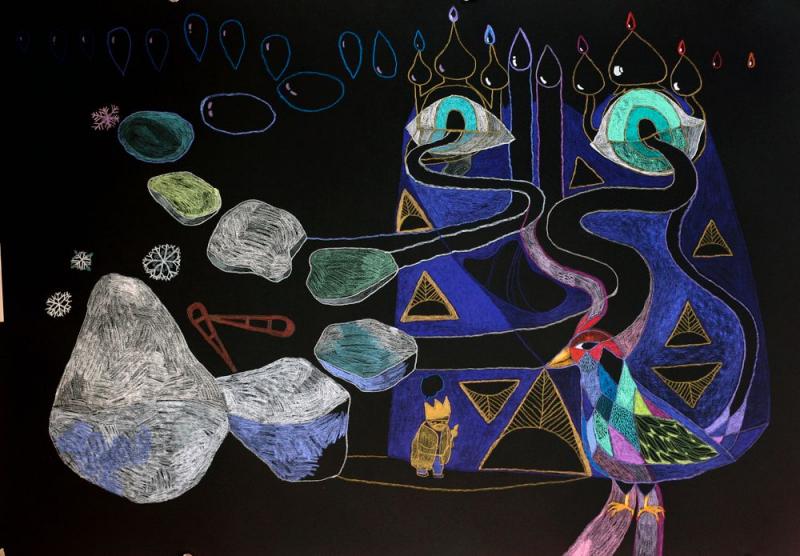 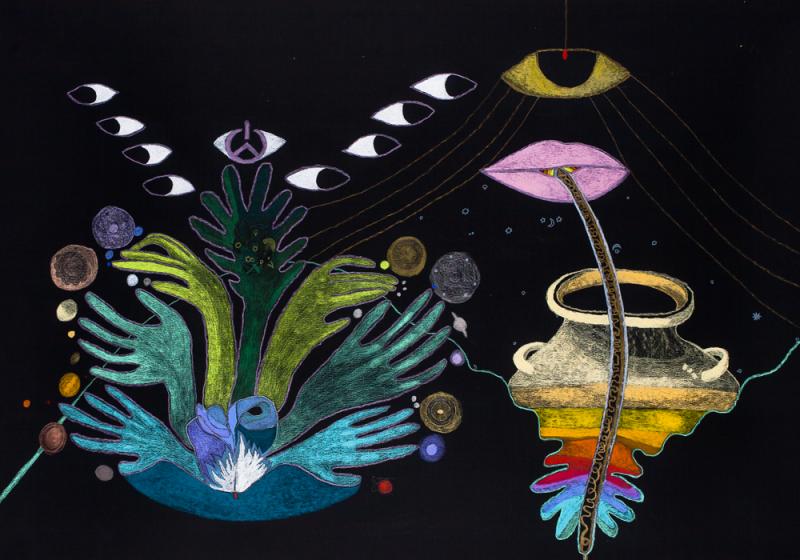 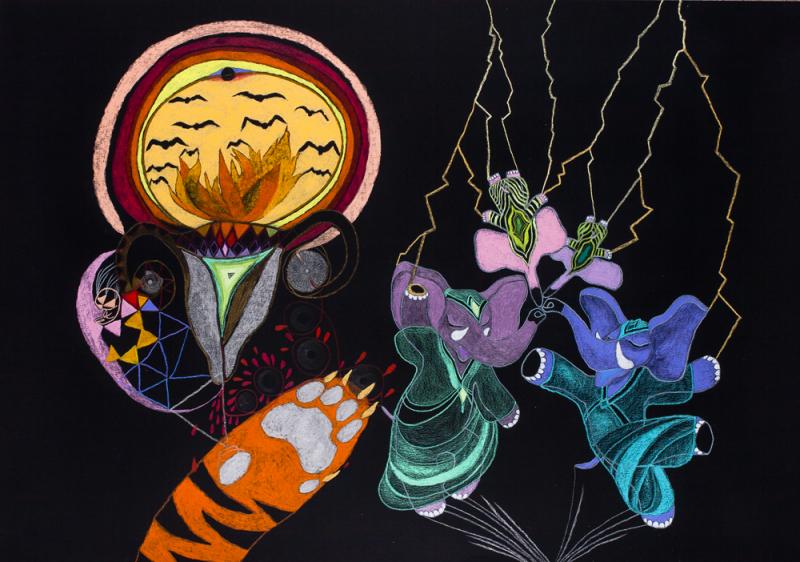 Judit Navratil's two latest series include bizarre portraits and ironic character drawings, primarily about the artist’s family members, as well as volunteers who participated in the online fortune-drawing project of the “esoteric housewife”. The client's venturous, active participation was required for the fortune-telling procedure; photographs of intimate body parts, the tongue, the remains of food, and to put it mildly, the secreted materials of the body were sent in – that basically support body functions and haven't been treated as taboo for a long time, symbolising the contrast with aesthetics – yet we prefer to avoid them. The basis of fortune-telling was I Ching.

The other series is ‘waterdragons’ (‘vízisárkányok’). The huge, diary-like detailed drawings of everyday moments show the personalities and intimacies in black and white, detailed line drawings, but we can only see them if we step closer to the blown-up, neon-coloured nudibranches.

Judit Navratil presents her own role with sarcasm which comes from the opposition of the full-time job of being a mother of two and the artistic activity that requires assiduity.

In the artist's words:

Visitors will find a “pile of objects” in the hall that is visually connected to the fortune-drawings on the mirror. The small objects that have no word-determined names but shapes reminding of nudibranchs, tongues and excreta are presented with a quiet babble, the global proto-speech.

Besides the several additions, the media technology of our age appears in the form of a phone app that reveals the material beneath the mysterious colourful figures; the patterns were created by combining Judit Navratil's “cosmic visions”.

The patients' sent-in material appears on the sides of white pyramids moving in space in a way that all four sides can be seen. The drawings on black paper show us the subjects' momentary condition, possibilities and rate of activity – the absurdity of commonplace fortune images applied to the given situation, the foundations of which are taken from glancing into the personal secrets of the ‘client’.

At the opening event, which will be just as strange and colourful as the brave drawings that combine naive art and the simplicity of children's drawings with professional draughtsmanship, János Szirtes paleo-host will provide the visitors with special culinary pleasures.