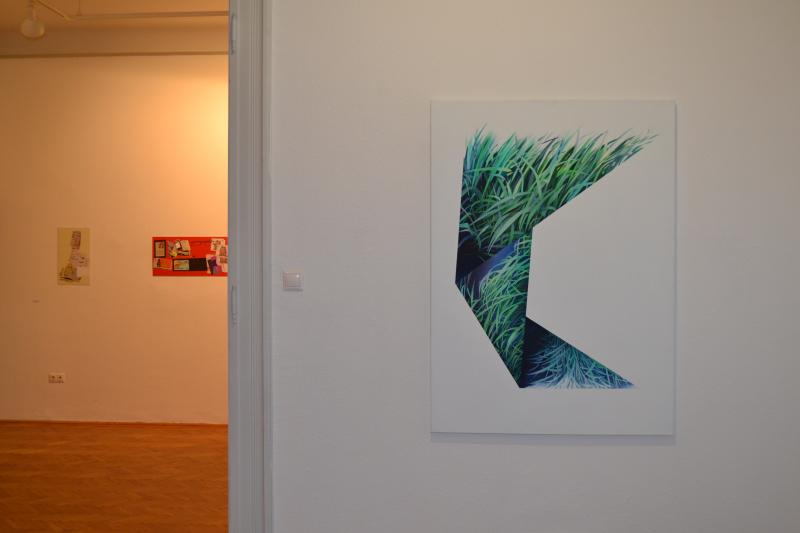 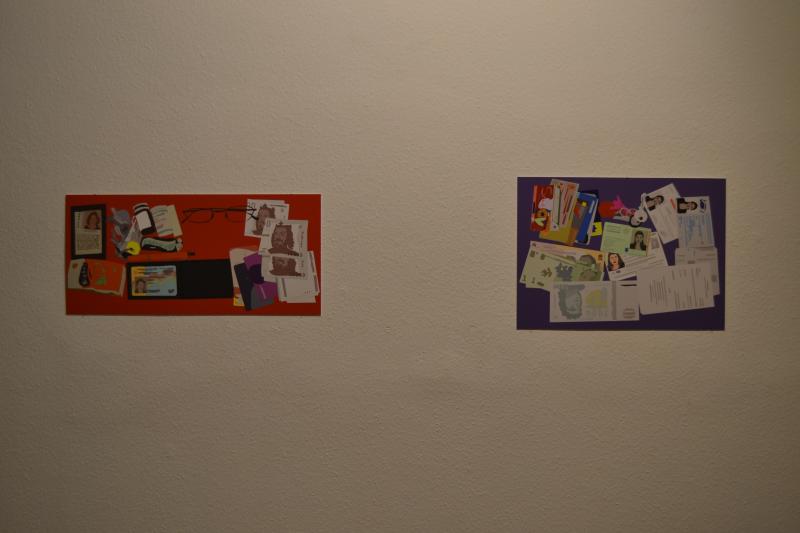 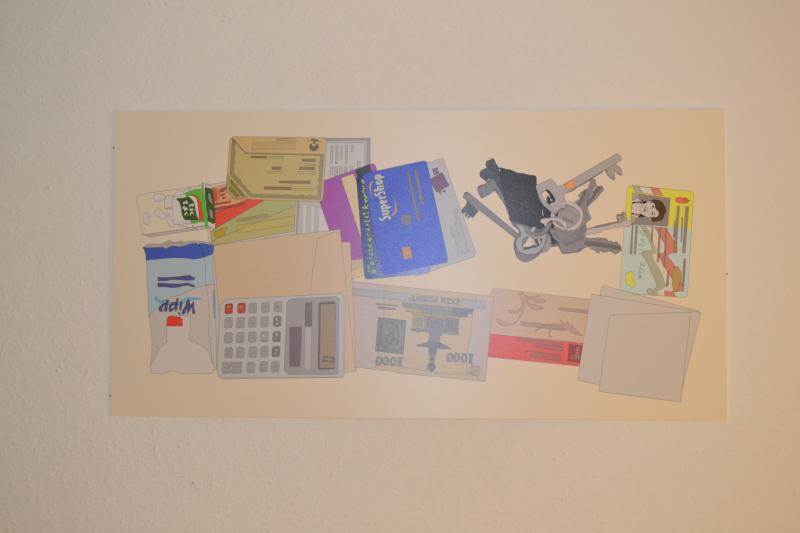 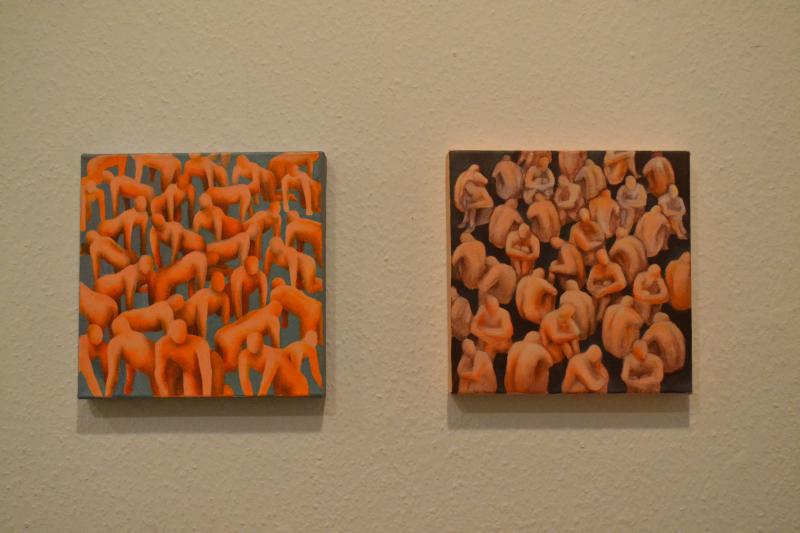 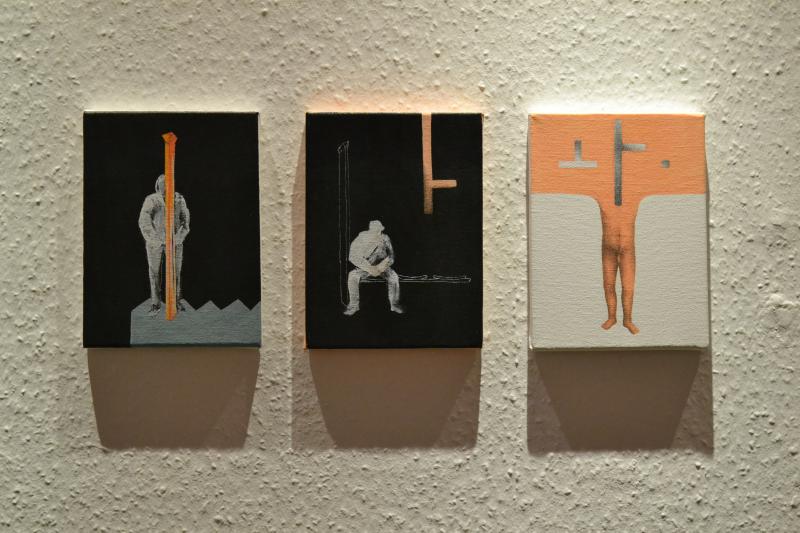 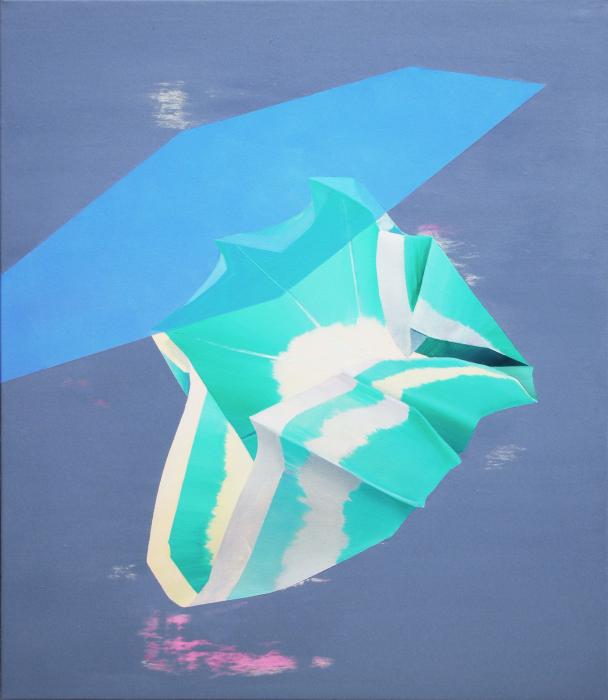 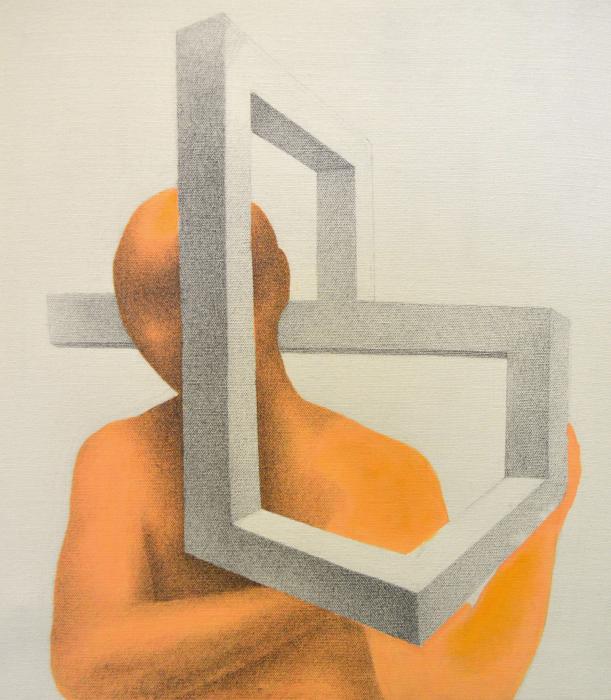 “From another point of view, the question concerning the separation of the arts, their respective autonomy, and their possible hierarchy, loses all importance. For there is a community of the arts, a common problem. In art, and in painting as in music, it is not a matter of reproducing or inventing forms, but of capturing forces.” Gilles Deleuze (English translation by Daniel W. Smith)

At Inda Gallery, it has become a sort of tradition to introduce young entrants at the first exhibition of the year. This time we chose three artists who create at the Amadeus Foundation; they participate in the three-year-old, successful residence program, now away from home. Dáriusz Gwizdala, Éva Szakál and Ádám Tettamanti use different strategies in their art, but perhaps their goals are the same, because they make a remarkable attempt at renewing, resolving and „easing” the traditional genres, such as sculpture, graphics and paintings, as well as broadening their limits.

We evoked the opening lines of the chapter 'Painting Forces' from Gilles Deleuze's 'Francis Bacon - The Logic of Sensation' not only because it is a currently available, new art historian reading, but because it describes a tendency that has been going on since the '80s, i.e. that the forms, themes, genres and styles that have lost their independencies, are cast onto one another, just like in this exhibition.

Dáriusz Gwizdala, who creates objects from parts of the vividly painted, currently classical Thonet chairs and hangers, and exhibits them with behind-the-scenes videos, now re-creates digital graphics to his own idea. This time, like the drawn result of a sudden sociologist study, he shows us ten colourful prints of the contents of his friends' bags on plastic panels, that appear as curious personality studies and temporary property indices.

Éva Szakál does not question the nature and pure forms of geometrical, abstract or descriptive painting anymore, instead she combines the methods with effortless elegance within the same surface, and she adds realism, digitally created motifs or surrealist elements to the colour-field. The greatest achievement of the brave construction of images and use of motifs is that the mixes barely resemble previously seen images, and completely new effects are created.

Ádám Tettamanti's “graphical sheets” make up an unusual series of tarot cards, based on a currently disappearing, cultic place -- the Google image of Moszkva Square. Together, the 22 figural cards in architectural environment reveal a complete view of the square, as if illustrating the Tarot philosophy of completeness. The other two exhibited works are spontaneously created “iconostases” of notebook sheets, and a surrealistic series of small-scale oil paintings.