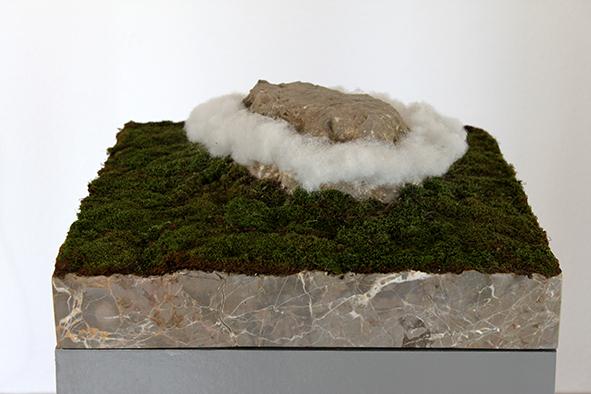 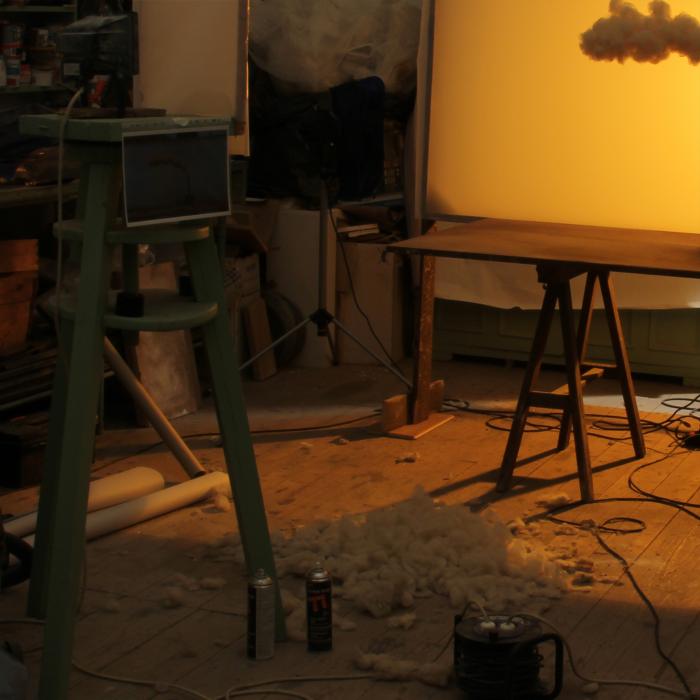 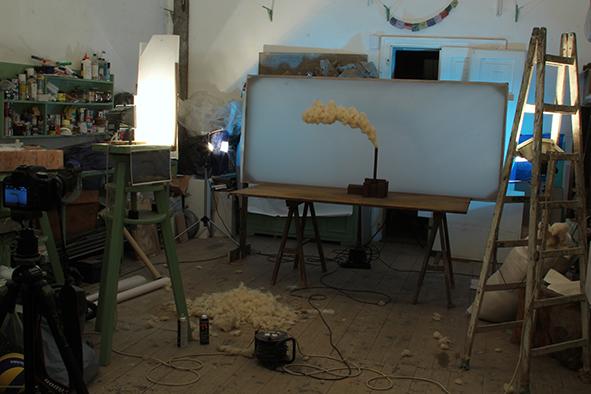 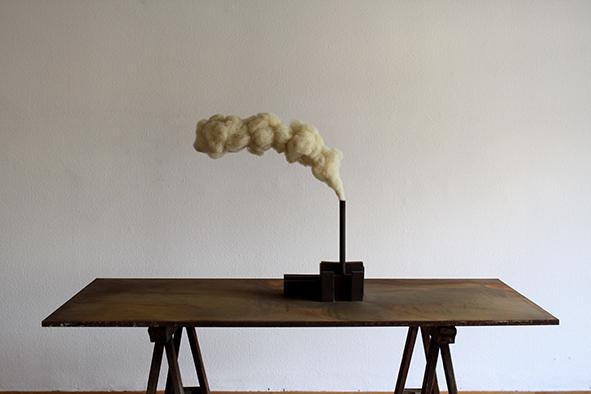 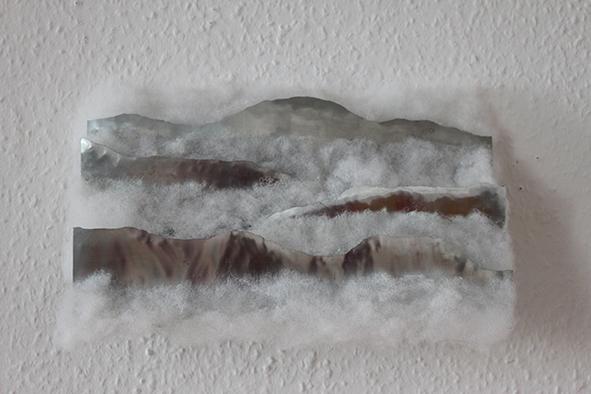 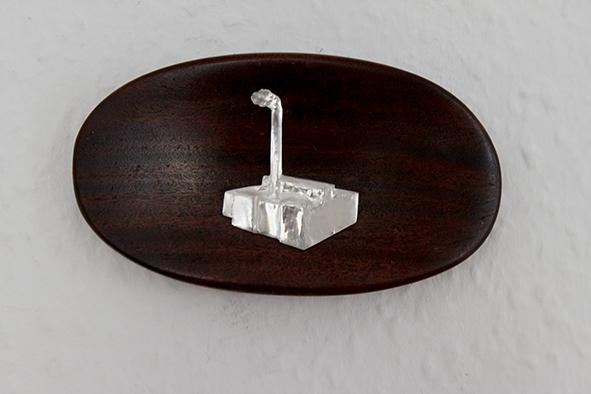 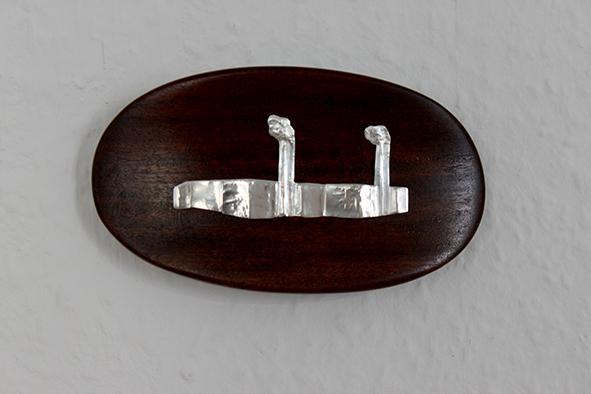 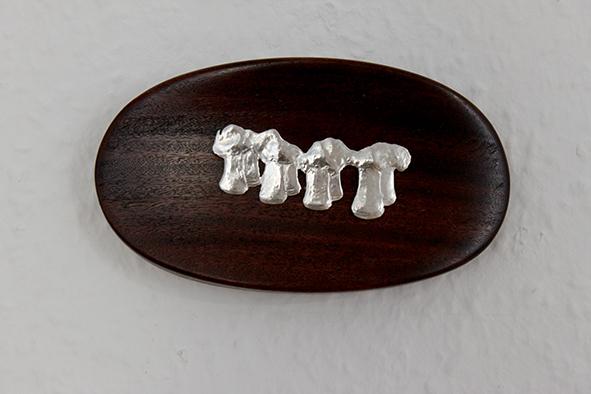 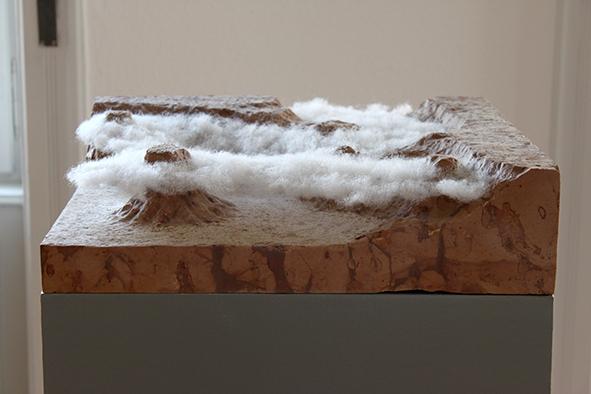 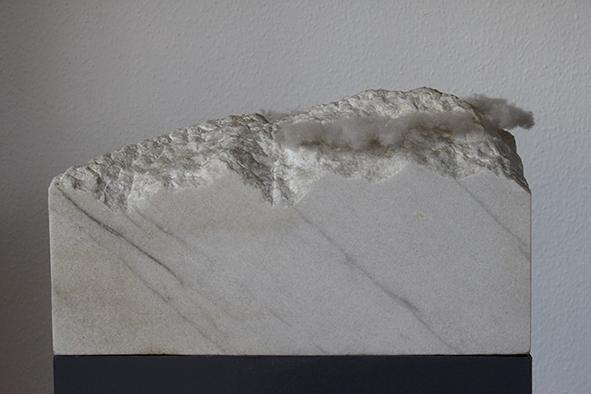 Szabó Ádám: CAMELOT? ONLY A MAQUETTE

In Hungarian, the 'word' smoke has a rather unambiguous meaning – it is the airborne by-product of the union of combustible material and oxygen on ignition temperature (pyrolysis).

The English word 'smoke' has a more complex meaning, although in informal language we usually think about smoking when we hear this word. 'Smoke' can be a noun or a verb, it can mean combustion products or fog, steam, even the cosmos. It can mean the inhalation of drugs, or in jargon, black people, and we can even use this short word to communicate that someone is vanished and they're gone.

A few years ago Ádám Szabó started taking an interest in smoke, steam, fog, as a material that transforms objects – which is not the most tangible material in sculpture. This is what the artist undertook when he saw the peculiar beauty of smoke emanating from the smokestack of factories on the outskirts of Karlsruhe. The thick smoke was 'hanging' down-wind in the air above the city like an impermeable, intangible, statuesque mass. The first work was a 'motion picture' installed in a small screen that resembled Flemish miniature landscapes because of its intimacy.

Later, this 'Factory' entered three-dimensional space, and the artist made it from tarnished iron and wool, which is seldom used in sculpture. Together, these two materials (the cold, durable metal and the quickly degradable, ethereal woollen cloud) create a strange new visual experience due to their conflicting qualities, and at the same time become meditative objects.

Tolstoy compared smoke to philosophy: “Philosophy is only smoke, beautifully swirling, but vanishing quickly...” Ádám Szabó stops the fleeting moment, if not for eternity, at least for the present.

In the last two or three years smoke, steam and fog appeared in the works on a permanent basis, and the themes broadened as well. There is a work about the anomalies of cultural politics, with the artist's usual acerbic irony, called 'Track' that uses car brands to symbolize the positional play of the three world powers that control culture. The smoke emanates from the exhaust pipes.

Privacy, human relations, emotions appear in 'Love (to H.A.)', where the model is a swiftly smouldering cigarette. “Love is a smoke raised with the fume of sighs,” writes Shakespeare.

The works became bigger in size, and Ádám Szabó recreated entire city quarters as sand tables – he used wood and combustion processes, and in his most recent works, he engaged with the legendary art of Chinese landscape painting and created embossments of sceneries: lyrical mountains wrapped in fog and vapour.

In addition to the sculptures and objects on the wall, we can also see the artist's latest film projects in the Project Room of Inda Gallery.