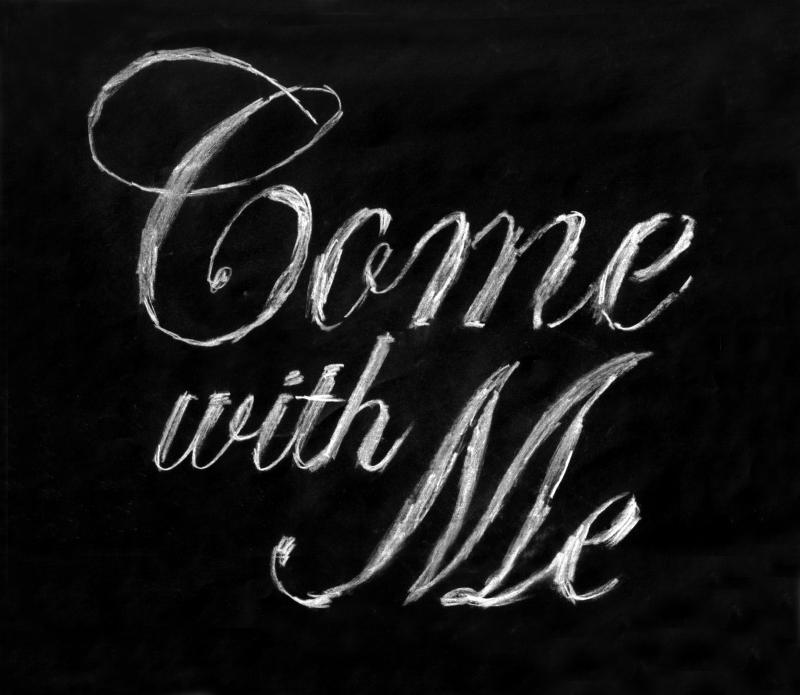 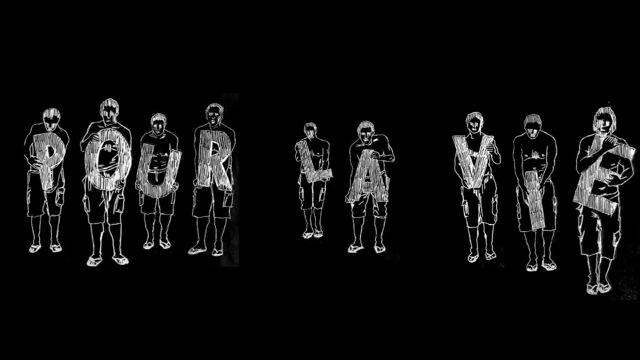 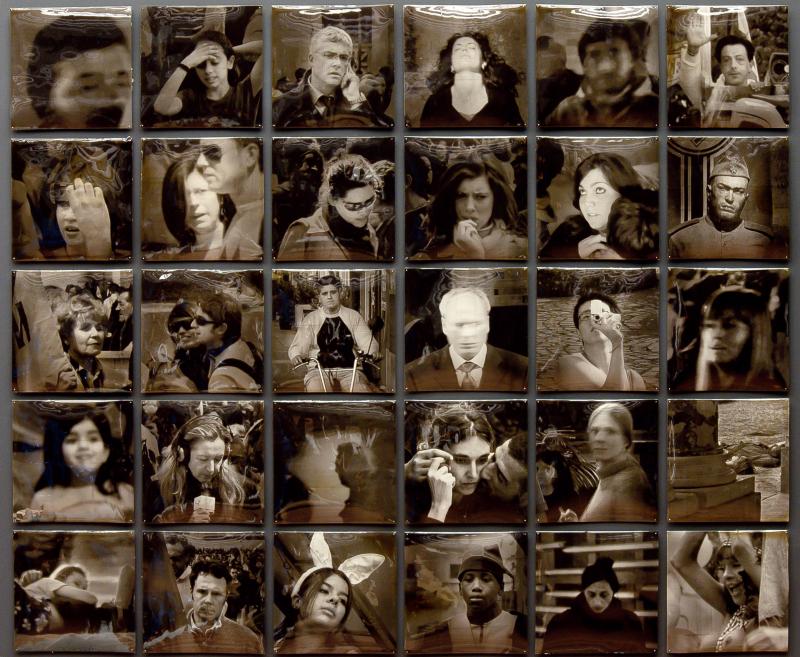 Csontó Lajos: COME WITH ME

Lajos Csontó's works are based on a simple observation: "Behind the everyday facade of the world there is another, hidden world." The exhibition shows us a glimpse of this world, with its title, COME WITH ME, appearing as a large, central piece of the exhibition, and inviting the visitors to take a walk in this "other world". The black, prominently shining letters demand our attention, like the contemporary artists who strive for newer and newer exhibitions, often above everything else, without having any message at all – according to the artist's critical explanation of this work.

The other exhibited works are not so ostentatious, they don't attract notice, on the contrary: they present meditative, contemplative positions, as a showcase of certain, not-necessarily positive phenomena of the visual presentation of our era, a kind of inconsistent, desultory collection of archive documents. The inconspicuous, black-and-white negative imagery is peculiar to this exhibition, since only one of the pictures is coloured.

The works are the reduced products of reminiscence (anamnesis), like in the lacquer pictures of the Caché series, the foregrounded faces of background figures in several thousands of photos, appearing as ghost images and fading away, as a result of a unique technique. The artist was inspired by the eponymous French film directed by Michael Haneke, in which the middle-aged characters are forced to face the hidden dimensions of their life when someone leaves video films on their doorsteps. The slowly unfolding film works in the same way like the time spent in a psychiatrist's office, where our untold "other life", buried in our subconscious, gradually unravels.

Lajos Csontó equates part of the transcendent, parallel existence with art, and he re-imagines them as visible elements of our life, seen in a different light, but he still considers them co-operating with each other. The other central piece is made of several short videos, projected one by one, that make up the text "POUR LA VIE”. Without any context, this sentence can have many meanings, it can be interpreted as "for life", "by life", "instead of life", "against life", or "compared to life", therefore it expresses the artist's ideas about the relationship between art and life. If we watch it from afar, it is similar to the Hippocratic mentality: medicine is art (techné), that is, practice, theory and experience together is the art of medicine, and fine art advances in parallel with it when remembering, processing, organizing and representing the phenomena of our life becomes a kind of psychoanalytical activity that helps us survive.

The inconceivable amount of self-portraits also appear in the exhibition as an exposé of the symptom of taking selfies with cell phones and sharing them on social media, an activity in which even public figures like Obama participate. This time, the self-portraits are applied on an unusual material, creating a strange installation. The artist himself often appears in the exhibition within the confines of classic references: after Manet's "Luncheon on the Grass", as the only coloured piece in a rather self-ironising form, and in another, visually similar work, that is easier to liken to Warhol's self-portrait this way.

The artist asks the question about the source of contemporary art and provides the answer: the source is life, of course, and the global, capitalized, exalted Art is an intrinsic part of life, as well as anamnesis, and the obvious observations in commonplace, simple phrasing, which, in this case, still allows the mystery of foreign languages.