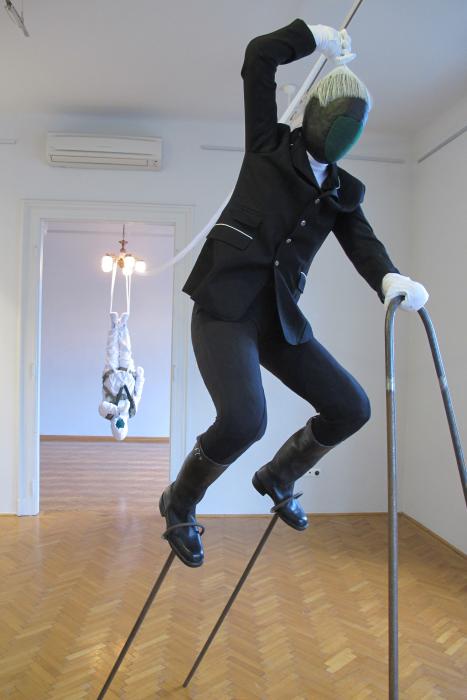 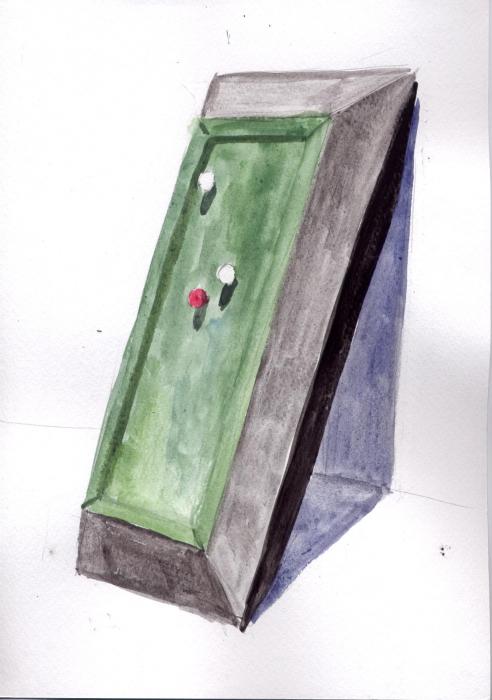 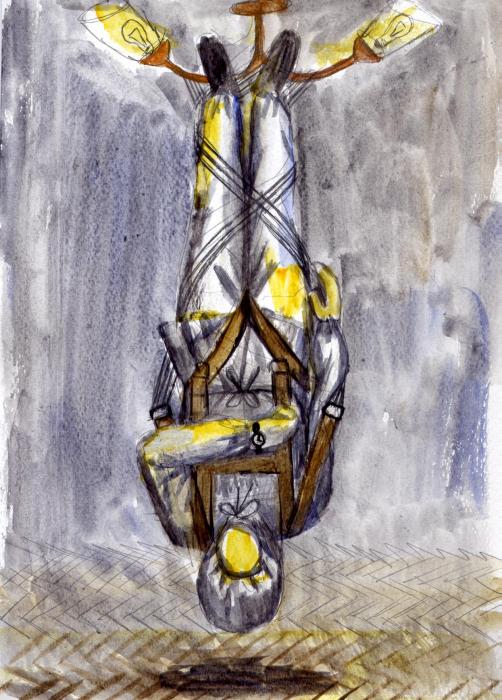 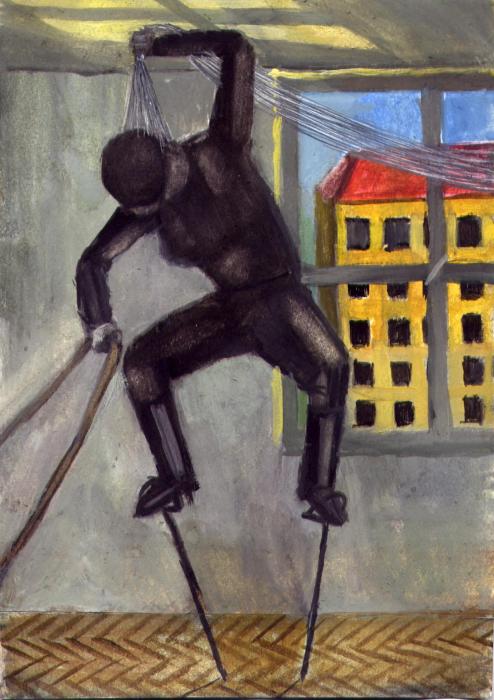 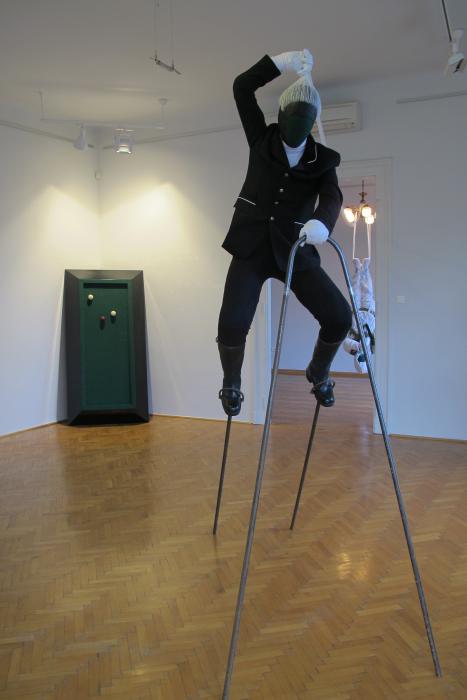 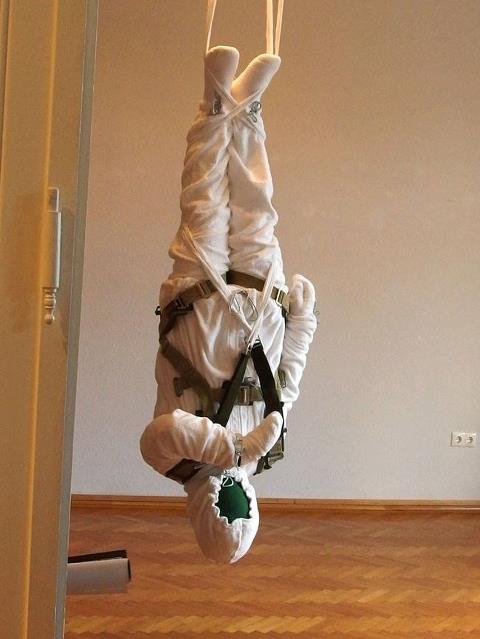 Fiction and reality are nearly inseparable in my works, with the exception that my protagonists are motionless, like the characters in a burlesque film still. They are being turned into a pillar of salt by realizing that they are at the wrong moment in the wrong place at the wrong time, although they also know that they could be at the right moment in the wrong place at the wrong time. A parable only becomes true if one recognizes oneself in it, this is why my protagonists don't have a face and their clothing covers up every inch of their body. Nevertheless, their existence originates from real and unreal people, those who have no connection with each neither in space nor in time.

In the case of Anthem, the space of Inda Gallery is inhabited by a family: the reincarnation of Baron Munchausen.

"The horse has four legs, and it still stumbles, therefore even the best horseman may suffer an accident. I myself almost perished once. I wanted to leap over a bog", says the Baron, and by the third attempt he succeeds: "Swiftly and by great force I grabbed my own hair, and at the same time I held my horse between my knees tightly, and with insurmountable strength I pulled myself and my horse out of the bottomless mire."

Misfortune and gravitation are concomitant in life, and there are some people who escape from this upwards, others downwards, and some inwards. If for example a family is given, the mother escapes upwards, the father inwards, and the child escapes downwards for the above-mentioned reasons.

Looking out from the Inda Gallery’s window into the neighbouring houses’ windows, one can’t see anything else, other than in every home, every room, every corner and nook, the same is happening there: a testimonial that all inhabitants pull themselves out of the bottomless mire. One can ascertain this if one looks out of the window, while also escaping upwards, downwards or inwards.

At the first leap, it doesn't seem so difficult, however she can barely turn the horse back from the centre of the mire. For the second attempt, she gathers more momentum, but it's still not enough, and she has already sunk into the mire up to her ears. For the third time, if the Baron's story had crossed her mind she wouldn’t have perished. Indeed she does perish, because she has no mind, no horse, and she barely has any hair left. As she is sinking deeper and deeper in the bottomless mire, she can hear the Baron's words: "I won't deny it, that was a close shave, but in the end I managed to escape."