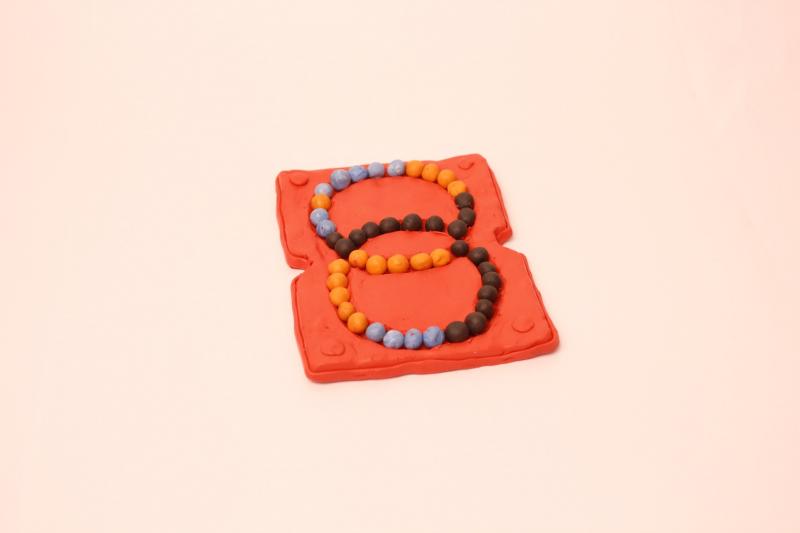 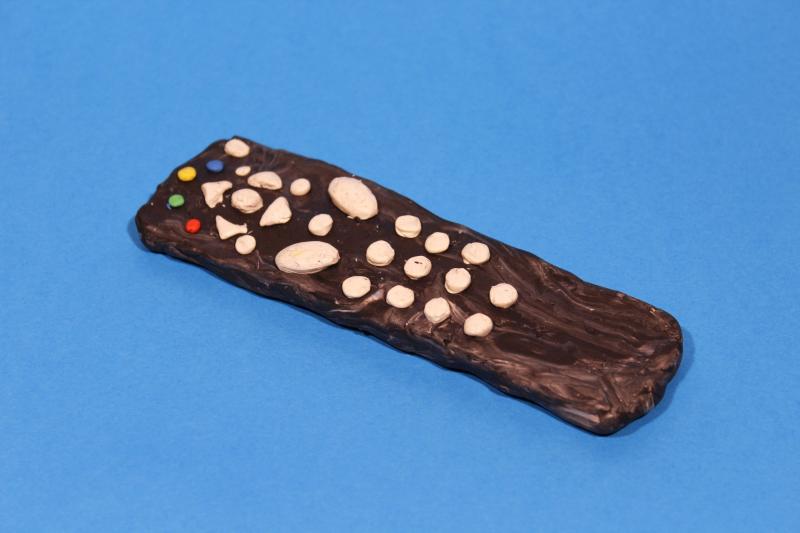 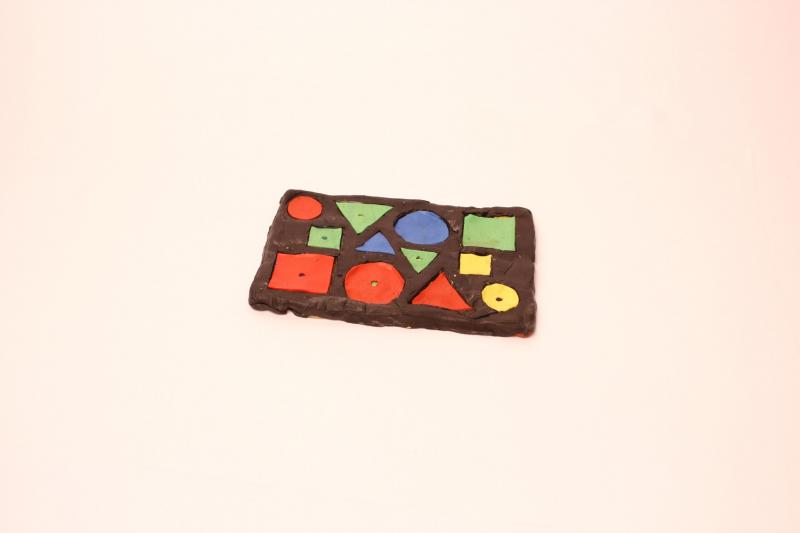 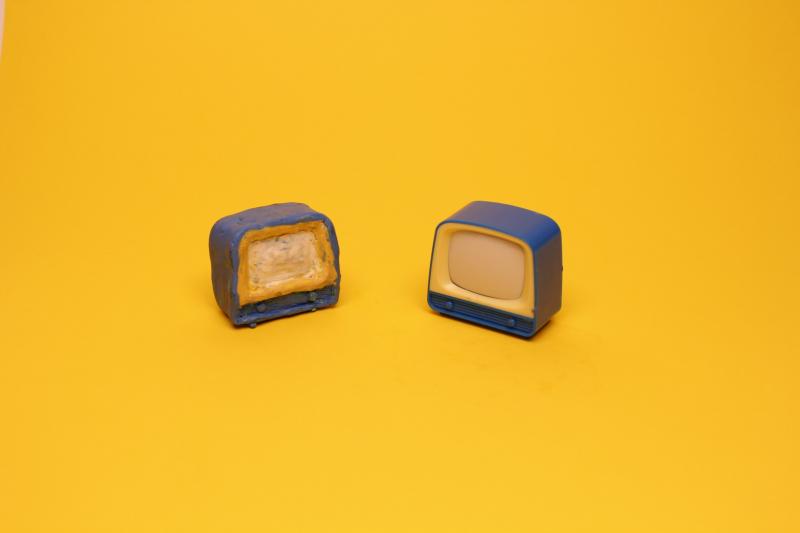 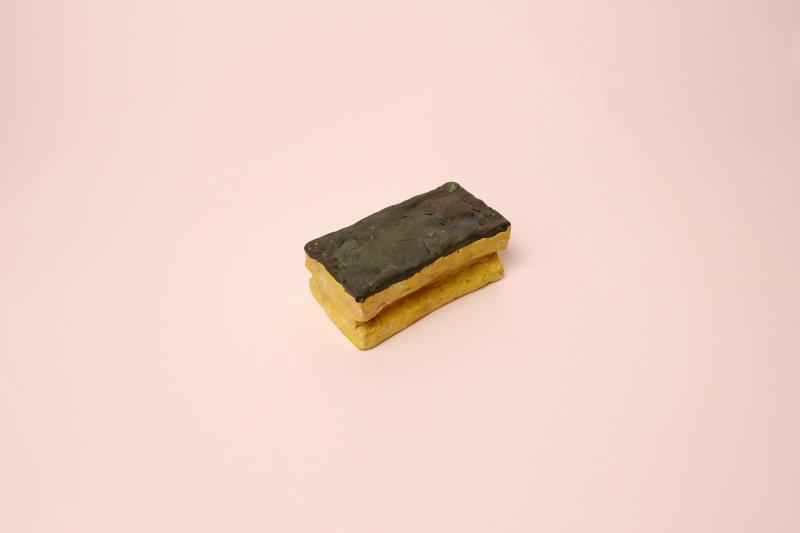 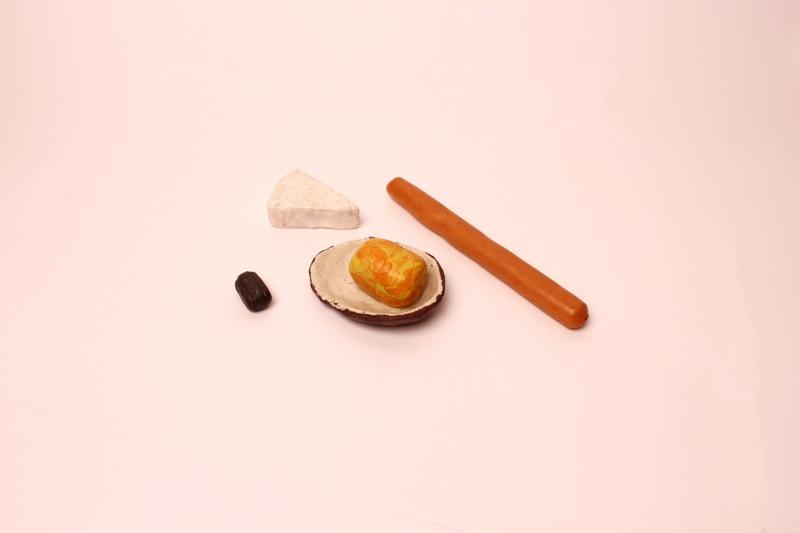 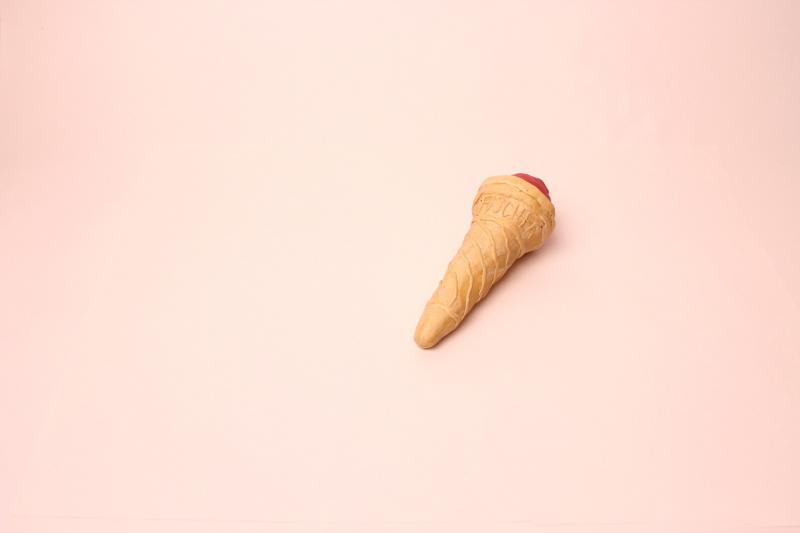 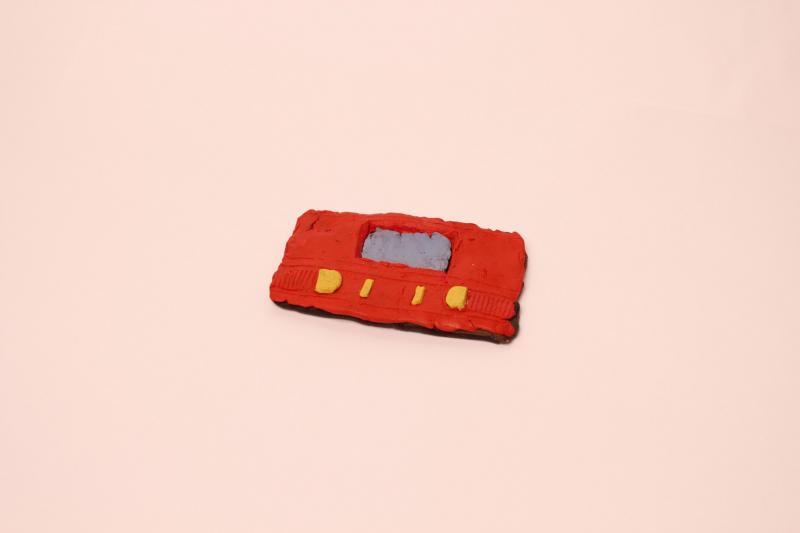 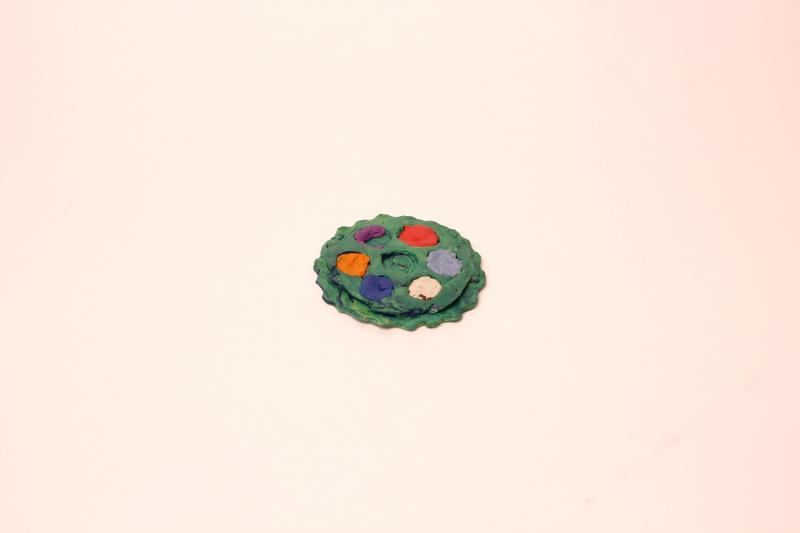 The exhibitions of Judit Fischer are always effortless, unaffected, but enigmatic and ironic as well, they communicate through tiny but significant everyday items that seem useful at first glance, but serve no purpose. These contradictory but inevitable gadgets, kipples and bric-à-brac that surround us and whose sole purpose is to entertain us for a few minutes, become artistic objects for Judit Fischer. She collects and immortalizes them. This time we can see not only a set of objects painted on found paper with a simple gesture, using the technique that has been improved for years, but also plasticine sculptures created with sculptural technique, that show uncanny similarities with the models.

Whether the playfulness hides generation problems or serves as a kind of substitute, is a difficult question. The artist, however, uses a few artworks to indicate the presence of a darker side. One of these pieces is the image on the invitation. The figurative expression "the sun rests here" refers to sunset in Hungarian, but the word "rest" can have other possible meanings as well. The minimal, nearly abstract imagery composition evokes the actual graveyard atmosphere, as if the sun would never come up here anymore, and a dark, purplish gloom descends on the scenery, even though somewhere in the distance the sun is shining… Although there is no cross on the burial hill of the sun, at this point Blesstonia, the mobile installation of crosses seems to be a distant, associative parallel (made from light elements, giant confetti and a disco ball, Judit Fischer and Miklós Mécs have exhibited it in several European contemporary museums, for example in the Secession in Vienna and in SMAK in Ghent), that criticizes the hypocritical operation of the Church and the general sociopolitical conditions in the country — and evokes melancholic and romantic ideas, similarly to the grave.

Although the picture on the invitation indeed foreshadows something ominous and perturbing, the exhibition has the joyful atmosphere of a Chinese market. The artistic discipline further emphasizes the typical contrast as the small articles, picked from the vivid and playful disorder, float with a strict concentration, mysteriously, and with great importance in front of the white paper background that strengthens transcendence, or made of an ephemeral material, they are elegantly scattered in the exhibition space — thus removing the viewer from the mundane world of everyday problems, and offering light-hearted entertainment and carefree comfort.