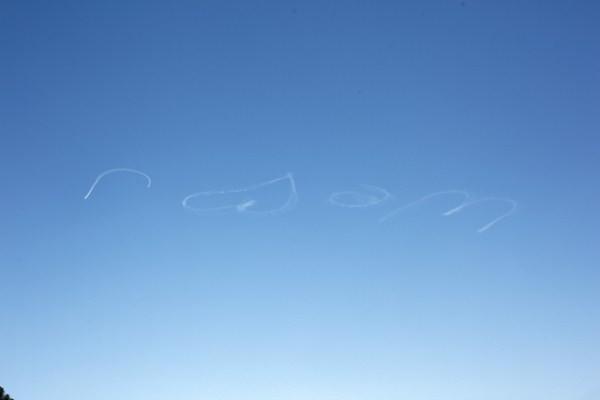 Stoyanov Kamen: It is not so hard to make some art...

"Art becomes critical when it replaces boundaries and determines new boundaries in the consensual texture of reality, thus disturbing the ones that surround the consensual field of reality." - Jacques Rancière, The Emancipated Spectator (Le Spectateur émancipé)

Kamen Stoyanov's artistic practice bears a resemblance to that of an activist, who does not address his audience based on party politics, instead he only wants to end the general passivity. His works invite us to a serious game executed with humour, irony, as well as social and cultural sensitivity and openness. He places art into the whole of society, the space between cultures; he rethinks the way of art and the duty of the artist, therefore his purpose is not to make an aesthetic use of the exhibition space, but rather to disturb the passive observation of his visitors, whether in the public space, the street, or in an exhibition room. Communication is the source of his works, that does not begin within the boundaries of art, but in "real life", and the artworks of the exhibition are "real objects", practical objects, or their aesthetised, symbolical versions, or universal messages, "wisdoms", that belong to everyday life. With his artistic strategy he has riveted international attention, and participated in significant artistic events, such as Manifesta and the Biennale of Sidney. As an artist residing in Vienna he has partaken in several Austrian residency programs, he had a solo exhibition in MUMOK, he was awarded with the Otto Mauer-prize, and his works can be found in the greatest Austrian museum collections.

Kamen Stoyanov has been exhibiting in the Inda Gallery since 2008, and for the past five years, his solo exhibitions have been presented not only within the walls of the gallery, but also at the VOLTA Show in New York, and the Viennafair.

He created his current material in Los Angeles, where he worked for several months in the MAK Schindler Artists and Architects-in-Residence Program. The end result, "Stoyanov's Tomato Soup" seems to resemble Warhol's "Campbell Soup" series, but is fundamentally different. Warhol made the product, the object, the tin box into a sacred object, and lifted it into the "sanctuary" of art. He attacked and criticised originality through multiplication, and the automats of consumer society. Kamen Stoyanov creates his own tomato soup from the vegetables he grew himself, and with a gesture to blur the boundary between art and reality, he reformed the foundations of flux, he made reality into art, and vice versa -- within the compass of an artistic residency. Not only did he reduce the Parnassus to a scene of everyday life, he also connected two distant cultures, he temporarily placed Bulgarian culture into LA.

"Stoyanov´s Tomato Soup" is a project reflecting different layers of the artistic production and the transformation of forms and ideas from the digital/the virtual back to the real. The Schindler House in West Hollywood, which is a residency for artists and architects took the function of a "farmer's" house during the period of his stay as a resident.

The concept takes the format of the popular facebook game "Farmville", in which each player gets a small piece of land and starts planting, growing and harvesting virtual crops. "Farmville" has been object for many discussions and controversies about the translation of the everyday-life to the virtual space and the social impact which is being produced. By using the garden of a historically significant building, like MAK Schindler House there are several points which are considered: the space of the house is an artist's studio, living space and a museum-house at the same time, which is situated in one of the most famous cities worldwide, known mainly from the "virtual", e.g. cinematic reality. The virtual, cinematic image of the city is mainly associated with the glossy and glamorous lifestyle of Hollywood, which completely overshadows the reality of the city, with its enormous social problems of its non-Hollywood inhabitants as the predominantly hispanic population for example. It is a well known fact, that most of the gardening work in the area is being done by Mexican immigrants. In a way by taking the role of a vegetable producer the artist takes this into account and makes a clear statement. The project could be seen as a statement in a time where everybody found in the field of the digital the possibility to realize in a perverse way Joseph Beuys idea of the creativity.

"My garden is a kind of a hybrid between an art installation and a green house and it is a working place and enlarged studio" It reflects the volumes of the apartment of the Mackey House built and designed by Rudolph Schindler and has the same white color. The walls of the construction are built out of canvases as well as the plant pots. Each of them has the size of 12x12 inches, the size of land that one gets when starting to play Farmville. On the main rectangles of the top of the structure are installed white fluorescent light tubes as in the usual white cube gallery.

Stoyanov exhibits different products from his project: an instructional video on how to grow tomatoes and prepare his signature tomato soup. In a project that has a reference to both Joseph Beuys and Andy Warhol, the soup is canned, given a logo and put on display. A giant inflatable tomato with a hand written lyrics on it, a song with the same lyrics, a series of 23 photographies and a large painting, made out of 25 single white canvases used before for the planting pots.