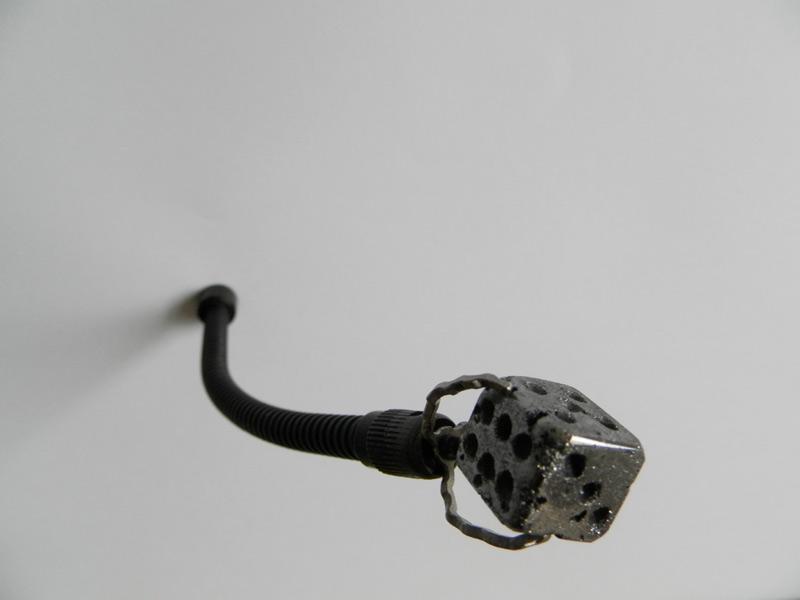 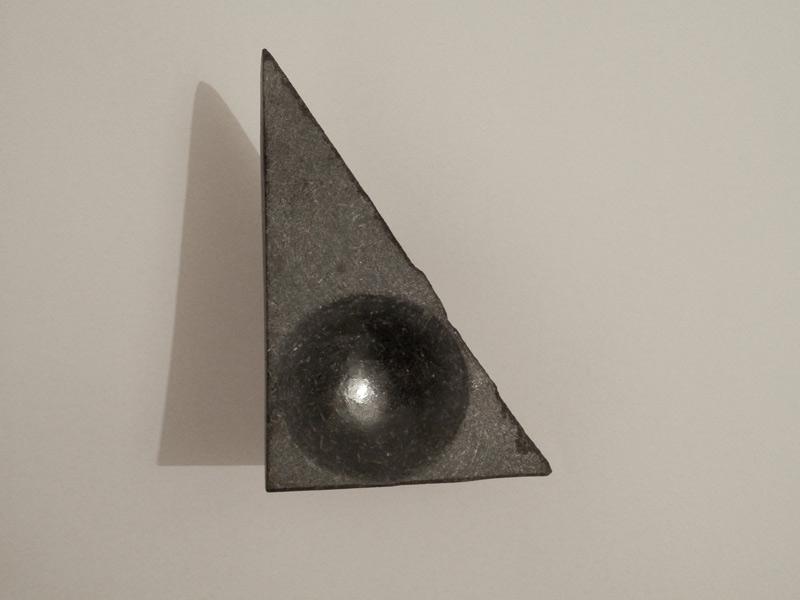 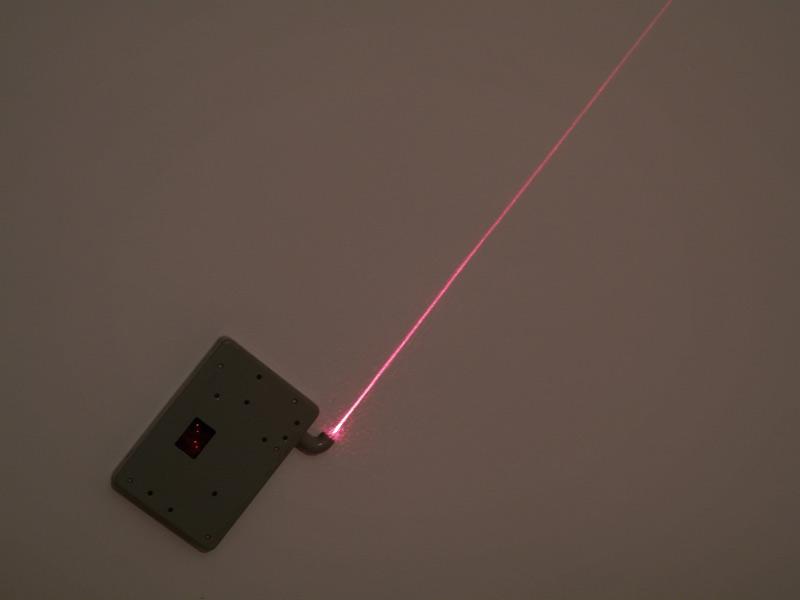 “...art is the transformation of thought into the perceptible experience of the audience.” Rancière

The traveller of Star-shipper could be a tardigrade whose genetic code may open profoundly new dimensions and might end up saving the human race in the far future. This infinitely simple, microscopic animal can adapt to the environment in an almost unique way on our home planet: it is capable of switching between carnivorous and herbivorous lifestyle as well as living on mosses, in the abyss of arctic seas or the heights of the Himalayas. One specimen has already proved it possible for its species to endure space-travel, since it can hibernate itself between -200°C and +150°C, which is scientifically called cryptobiosis, and it can revive even a hundred years later in optimal circumstances.

At Henrik Martin's exhibition in the Inda Gallery there is a magnified, but still only teddy bear-sized, black granite monument of this tiny creature – an absurd idea, as if erected for the future by a dictatorial power that favours tardigrades.

The artist, as usual, continues to elaborate his meticulously planned artistic concept and explores space in his terrestrial studio. The space-launch of the sitting Buddha, fashioned after the artist himself, is delayed but keeps floating in the future horizon of the artist's career, and his repertoire now includes new enigmatic pieces. As a result of the impact of asteroids on our planet, there are Crater reliefs exhibited with small, 3D, shining lenticular cores. Among the mysterious instruments and alien findings there is a Moon-plant; on one of its perfectly fine marble branches the extraordinarily conforming tardigrade would find a suitable territory without a doubt.

Although Martin's collection appears to be light-hearted, the most characteristic quality of the objects is his invested, unmeasurable and methodical work, and as a result, the meticulous details of the pieces.

Jacques Rancière writes about the importance of work in contemporary art in Dissensus: On Politics and Aesthetics, and demystifies this seemingly out-of-the-common activity while also distinguishing it from non-art. He writes:

“In the hypothesis of the 'creation of the perceptible' there is a substantive connection between the practice of art and its external appearance, i.e. the work itself... The cult of art presumes the re-evaluation of the skills of the (historical) concept of work.”

Henrik Martin works with a matter-of-fact naturalness and in addition to confining the thematic field of his creations in a strict concept he also extends his thinking to the universe, imaginary beings, the future traces of the human race, unique creatures and fictitious instruments.