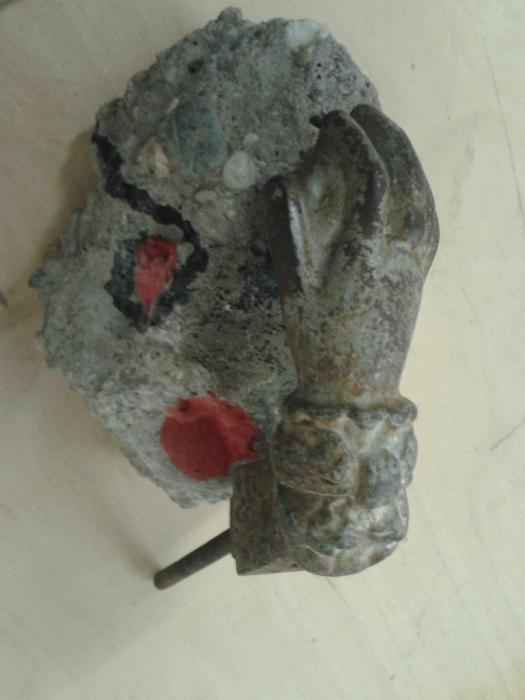 "The sense of responsibility and the survivor's guilt and anxiety stays, but we need a space where we can open up, where we are free, where we can search for deeper connections." R. E-H.

Roza El-Hassan's characteristic social role and political sensitivity have defined and continue to define her career, the fact that she is among the most well-known Hungarian artists in the international scene. This exhibition is centred around her works that present the artist's personal freedom: her wooden sculptures and free association drawings. Perhaps the meaning of this choice is that the international events (for example, the Syrian events that affect Roza El-Hassan through her family) have a significance beyond the individual's responsibility, cognizance, and what is rationally comprehensible and understandable.

The artist was interviewed for the exhibition.

2 The chopping tool, as far as we know, was created by the homo erectus, before the homo sapiens, 1.75 million years ago; it's a biface tool, also called a stone axe, the first tool for cutting, the earliest proof of the tool-making activity of humankind. The drop- or heart-shaped stone was carefully chosen by the prehistoric man, and was sharpened by removing flakes, and it was very valuable to them. For the prehistoric man, possessing a chopping tool was like a Swiss Army knife for us.