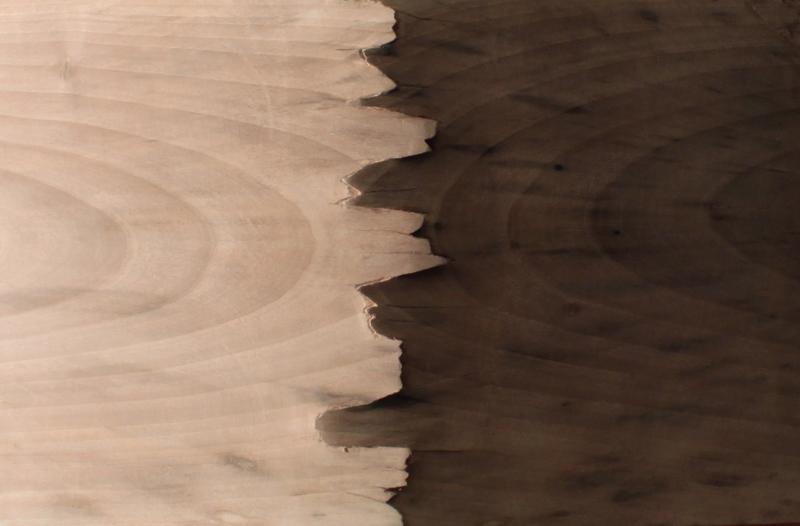 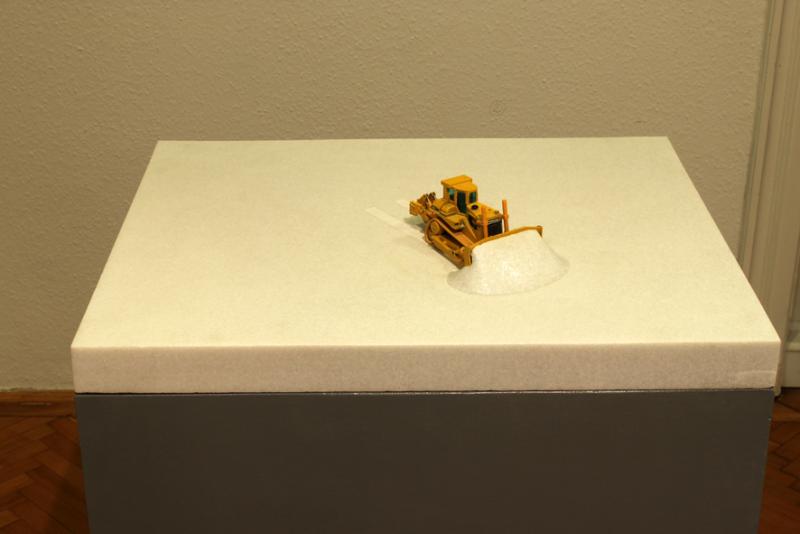 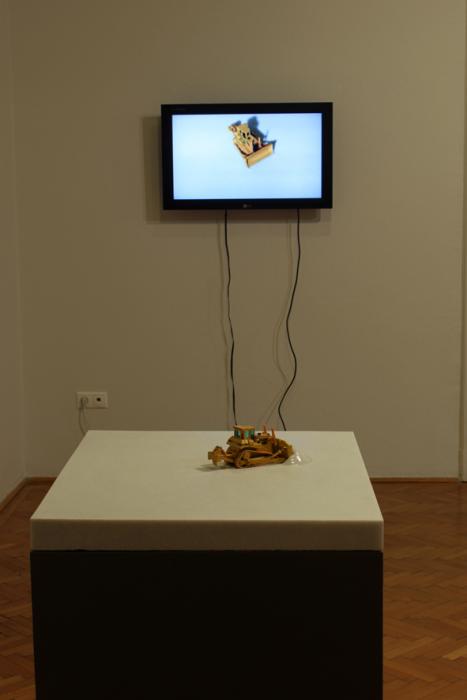 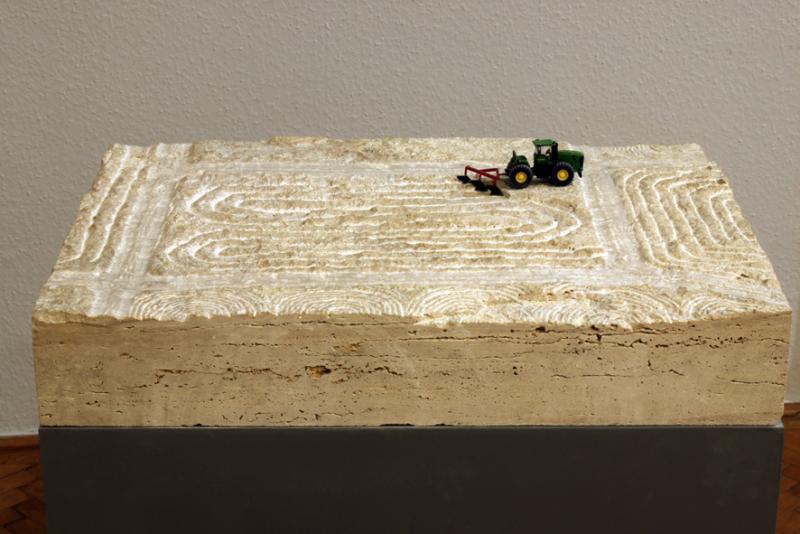 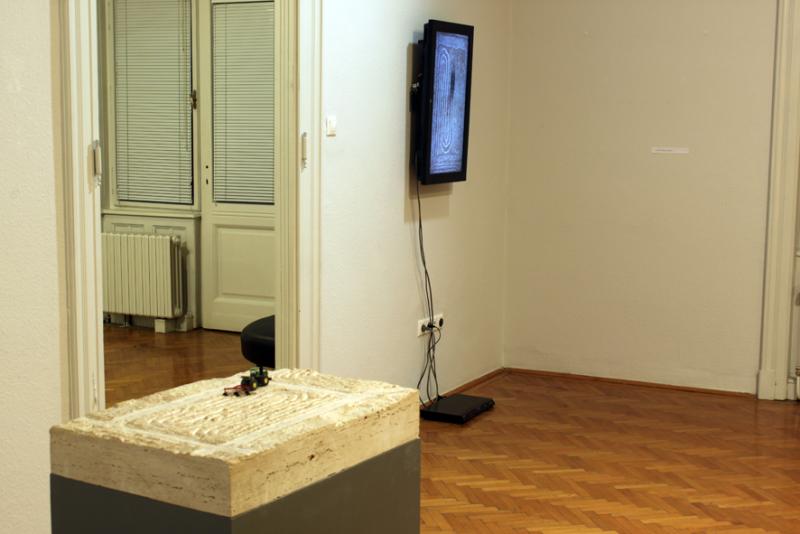 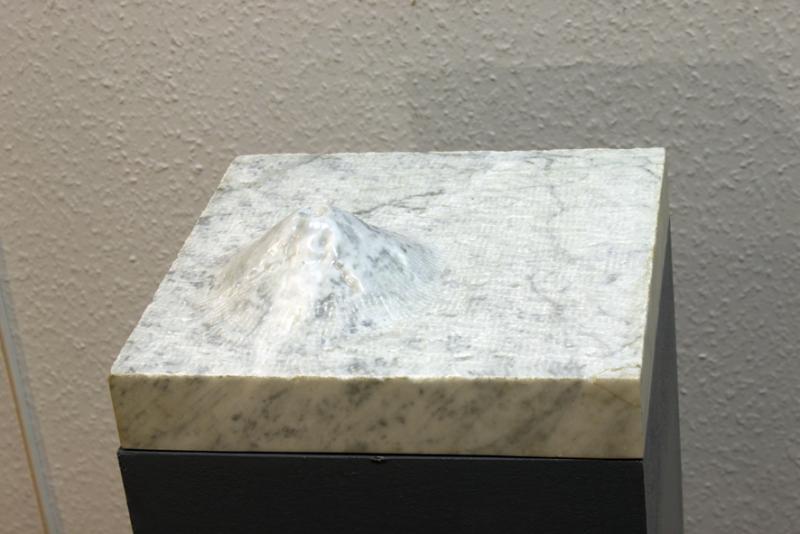 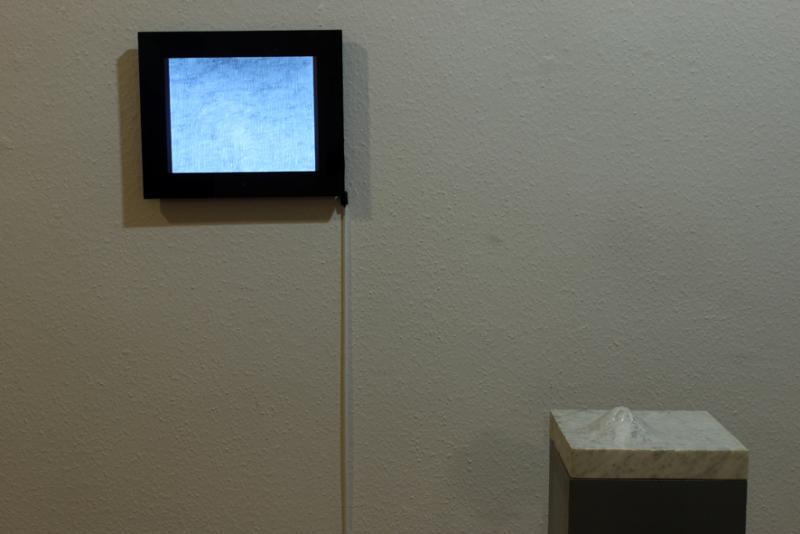 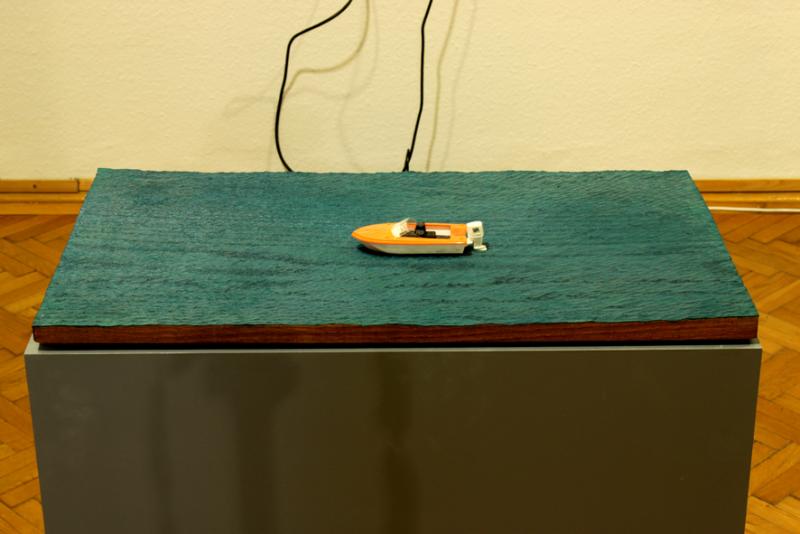 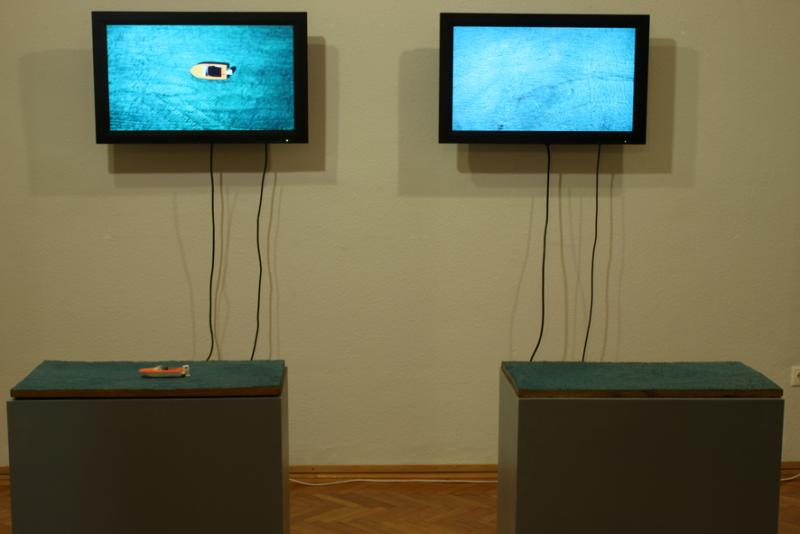 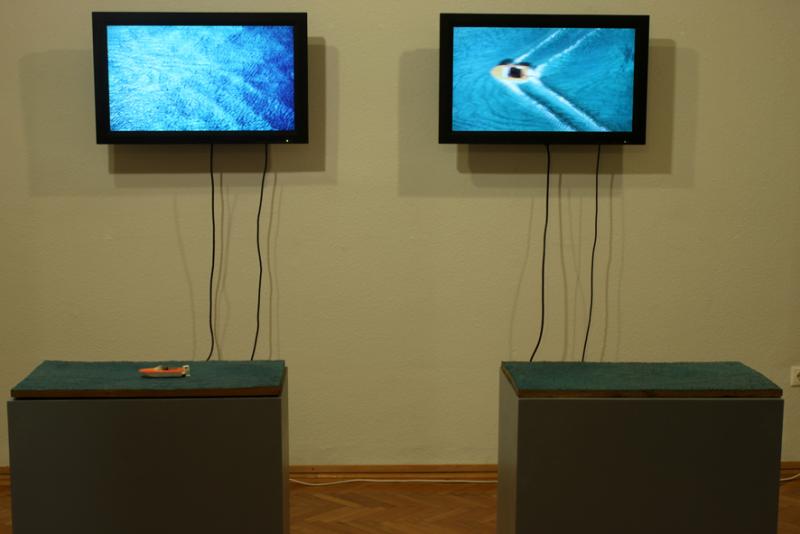 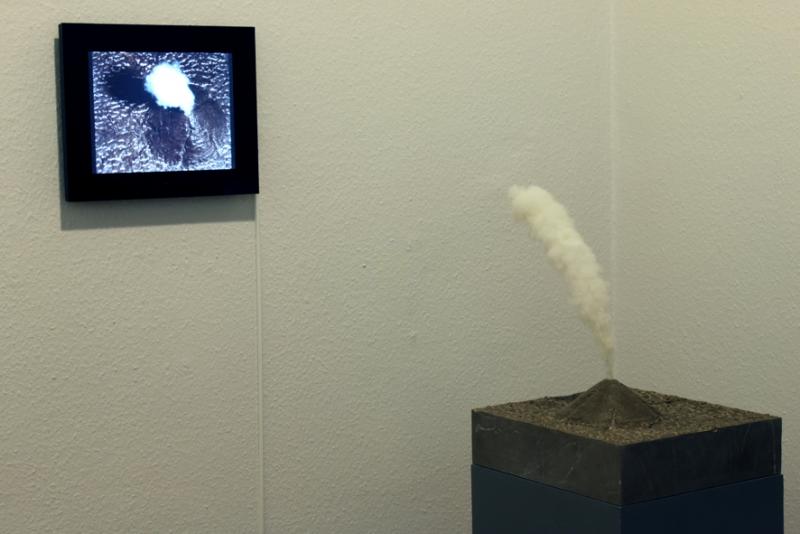 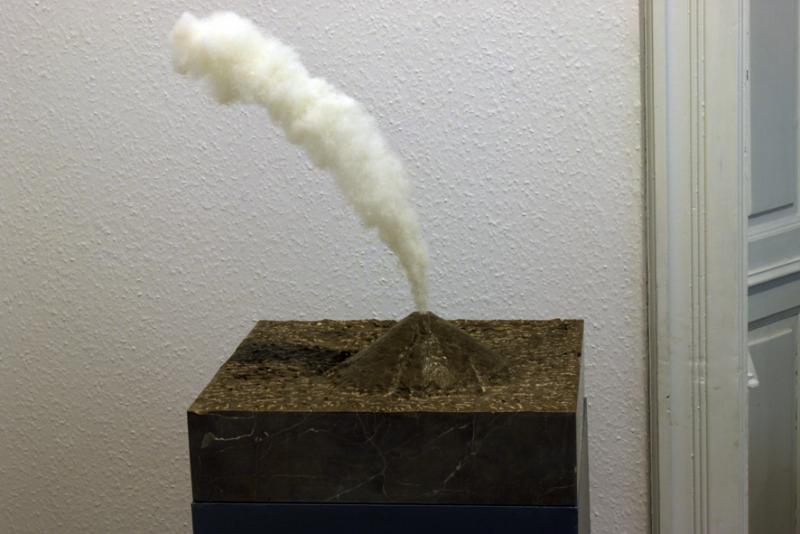 Ádám Szabó once again exhibits video works that recorded simple phenomena, whose models are uniquely carved sculptures. Without the objects, the video works could be mistaken for natural processes recorded for scientific purposes.

The fine, barely noticeable movements are the results of long hours of hard, physical work, and the outcome is a slow, meditative work. Ádám Szabó uses the traditional materials of sculpture; he transforms wood and stone often in a way that is almost unfathomable. In the centre of the deep philosophical thinking that is so characteristic of the work are simple pairs of opposites, such as genuine and imitation, natural and artificial, scientific and pseudo-scientific. For years, Ádám Szabó has been interested in sculpture, in how the object in real space can be transferred to virtual space. His works are not only traditionally construed, aesthetically pleasing works of fine art, but also experiments with the extension of the form of sculpture.