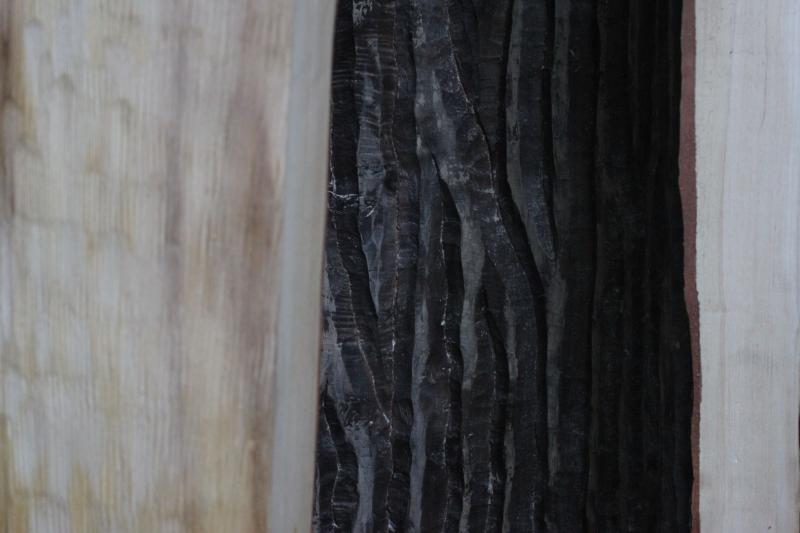 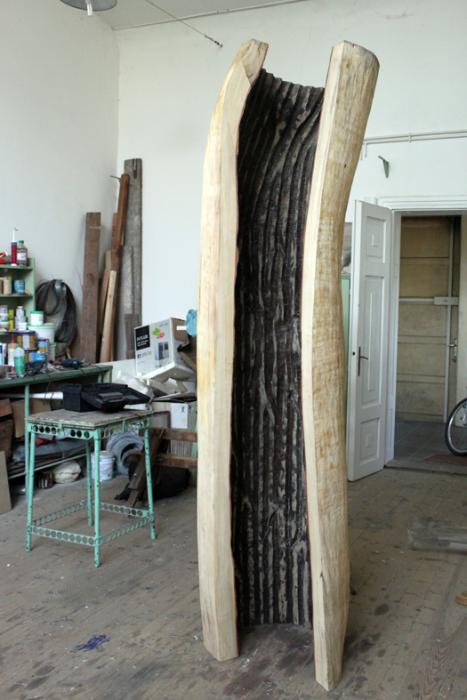 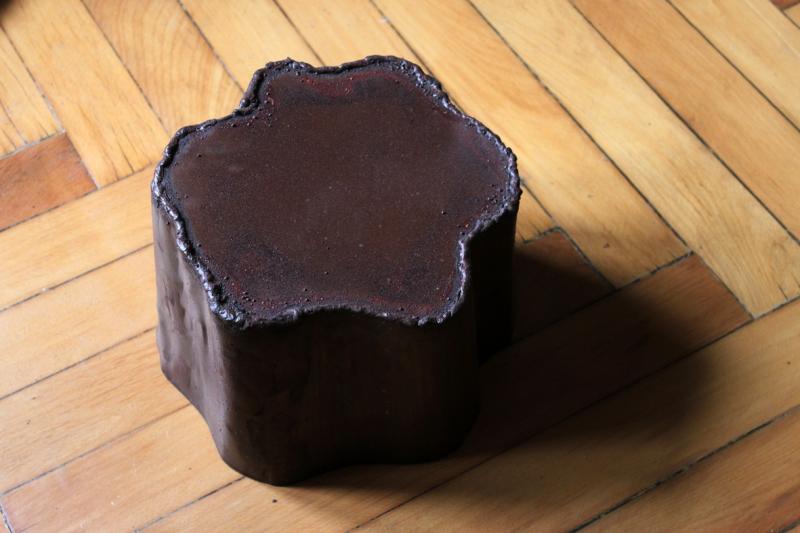 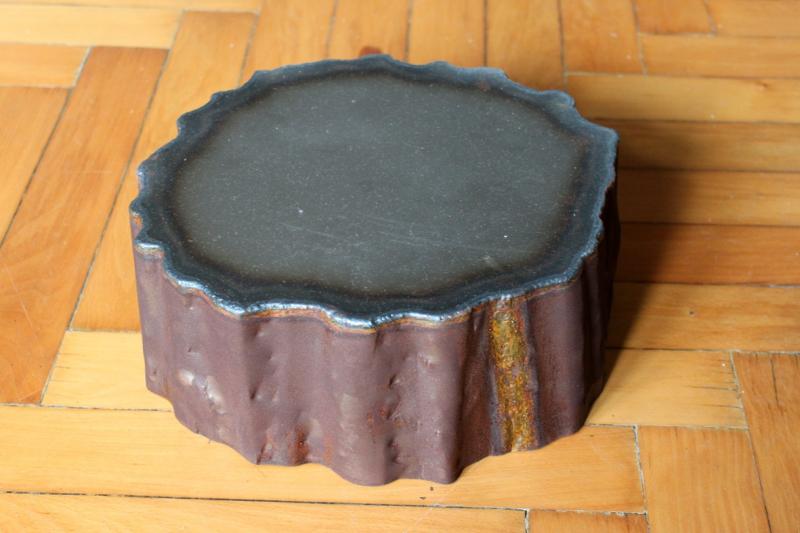 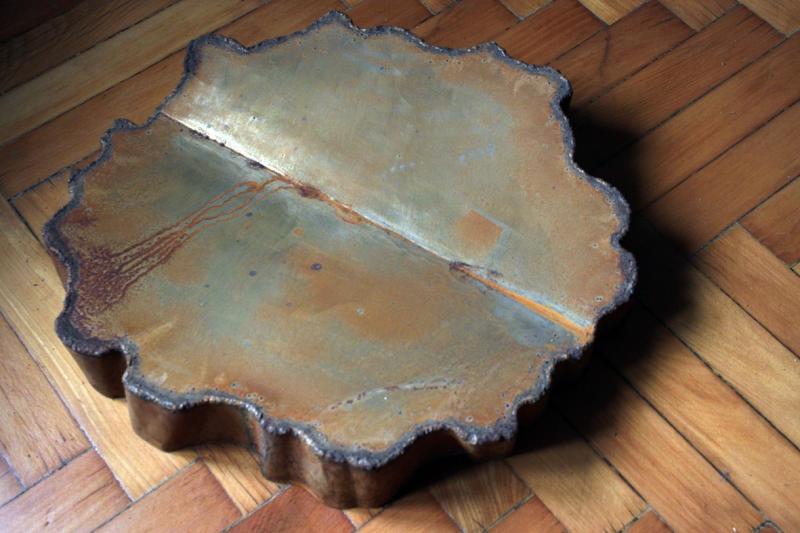 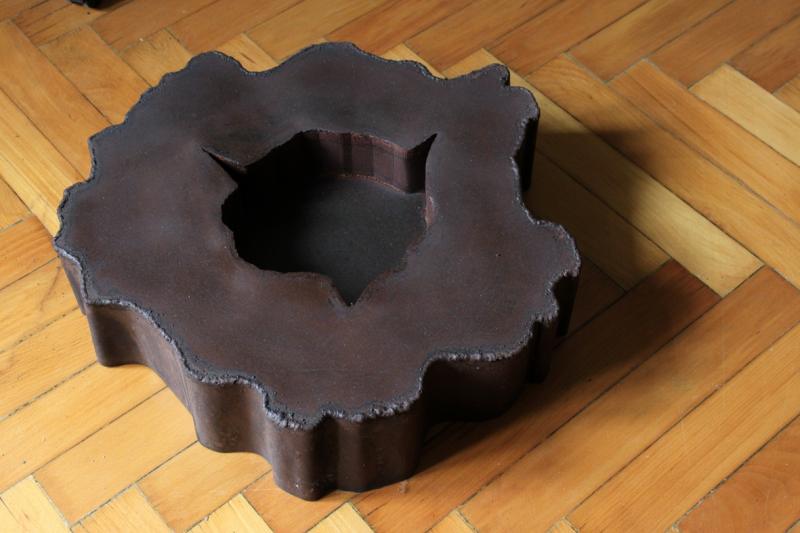 Nowadays there is an on-going debate about the importance of the physical presence of trees, the planting of new trees and the necessity of protecting the existing ones, the endless lumbering and the pointless wasting. Undoubtedly, we prefer to touch wooden objects, rather than plastic ones; the demand for wooden material will never cease, even the artists have a penchant for using and representing wood and trees. In recent years, on the biggest exhibitions, but especially on the Venetian biennials of fine art and architecture, there seems to be a revival of wooden constructs and objects, thus satisfying the probably oldest need of humankind.

The forest is our natural habitat. Living and dead trees play a significant role in our days, both by their physical presence and their symbolism. The tree of life is one of our oldest symbols, a new page in almost every nation's mythology. In Europe, the cycle of motifs continued in folk tales and archaic legends is the sacred cross of the early Christians – the cedar tree symbolizing immortal life, the tree of life in the Garden of Eden, and the tree of Jesse rooted in symbolic antecedents.

The tree as an archetype is the symbol of rebirth, and even ash, the final product of wood-burning, is a symbol of regeneration. The symbolism of the tree always bears a positive meaning, even if it becomes an instrument of torture, e.g. the crucifix.

In many cultures, the tree as an imago mundi (world image), is a central wooden column, often a supporting pillar of churches or a totem pole in open space. The giant vertical, upright tree symbolized cosmic totality, and was seen as the entire world: „its roots reach down to the heart of the earth, there is a well of the water of life under its branches, all the living creatures live in its trunk, the mammals live among its roots, the birds among its branches.” (Gilbert Durand: Les structures anthropologiques de l'imaginaire)

In language we can find countless examples for the personification of the tree: root cause, root and branch, taking root, the root of all evil, root ideas, being in a wood, taking to the woods, a man with the bark on, and so forth.

The tree as a symbol also refers to the cyclicism of the world, the continuous revival (e.g. Christmas tree), symbolizes the constantly present time that it defeats by surviving its own death.

Ádám Szabó has been dealing with trees for a few years now, and it continues to interest him for several reasons as a material, and also as a vehicle of meanings. In his series Plastic Surgery he corrected the imperfections of forest trees, documented it in a series of photos, and modelled it on a felled trunk.

In his currently exhibited series the tree appears as an Urban Forest. Ádám Szabó focuses on the city as a habitat, the urban fate of trees above all, using his usual unique and humorous symbolism. The barked rings on the wall, taken as an absurd synonym, may bear relation to the urban dwellers who adapt to the ceaselessly changed situations like trees, and become thick-skinned.

The inverse, the inside out – which is actually a defensive mechanism of citizens, compared to the sculptures that, after the correction of the trees appearing in Plastic Surgery, imitating human beauty care – follows a similar principle. The reversal of the bark into the inside of the tree is an ironic sculptural act, a synonym for seclusion and introversion. These sculptures were made of felled trees, but there is also a series begun in 2006: Clearing. It commemorates the lumbers of the trees cut in the city, appearing as sculptures, made of rust-eaten sheet-iron, cast-iron and weathered bronze.

Probably everyone remembers the tale of the resourceful girl, who evaded the patching of the earthenware pitcher by asking King Matthias to turn it inside out first. The central piece of the exhibition, the Inside-out Tree was inspired by this tale. Stepping inside its giant hollowed-out trunk, the visitor can ponder on the symbolic meanings of the tree, under the influence of the sight.