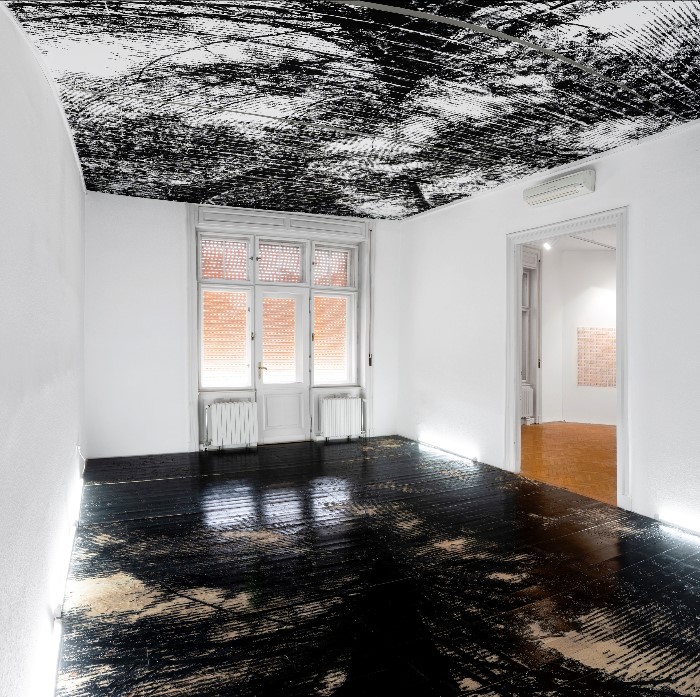 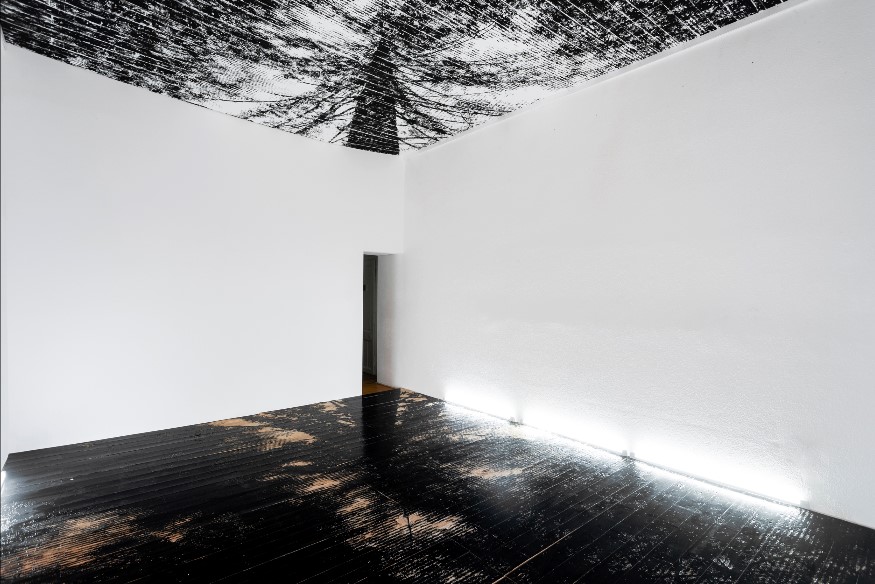 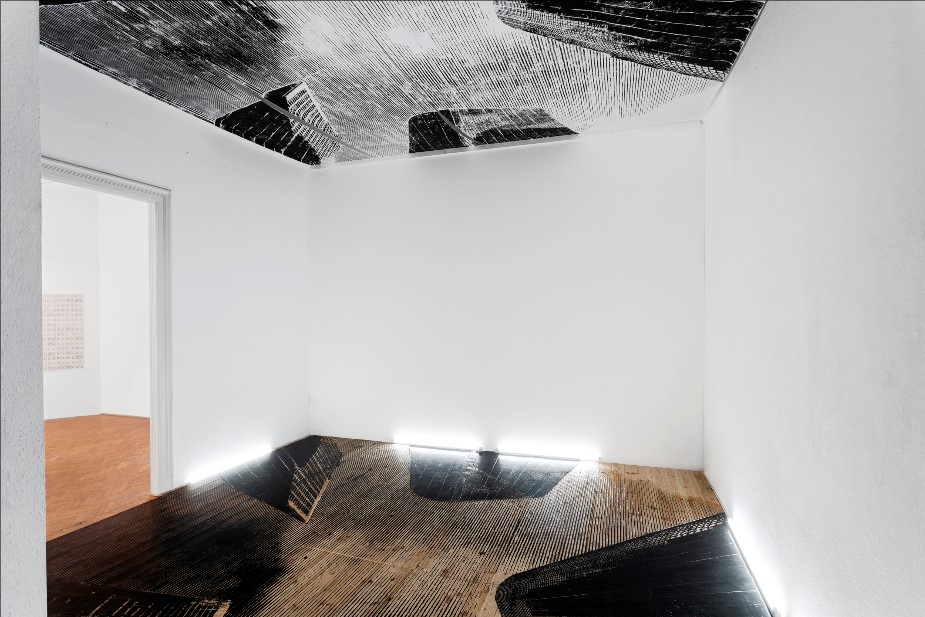 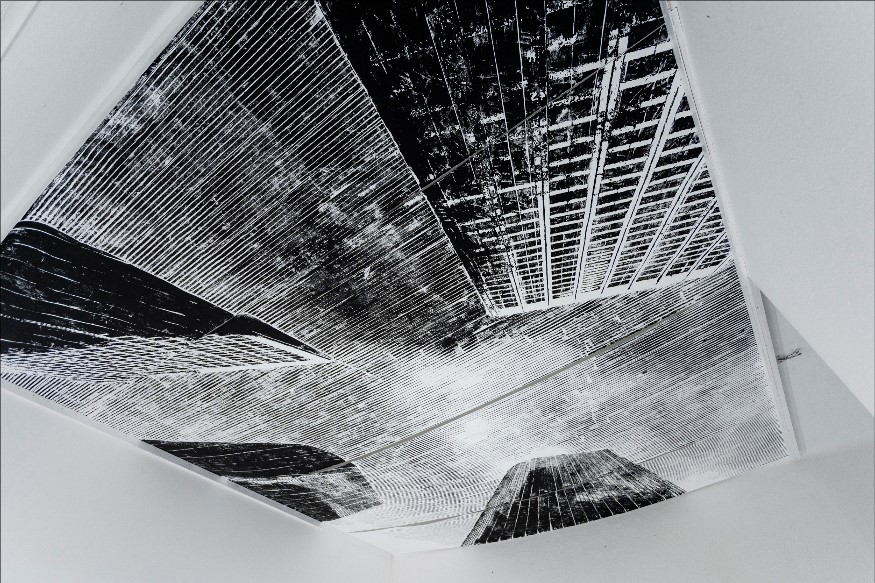 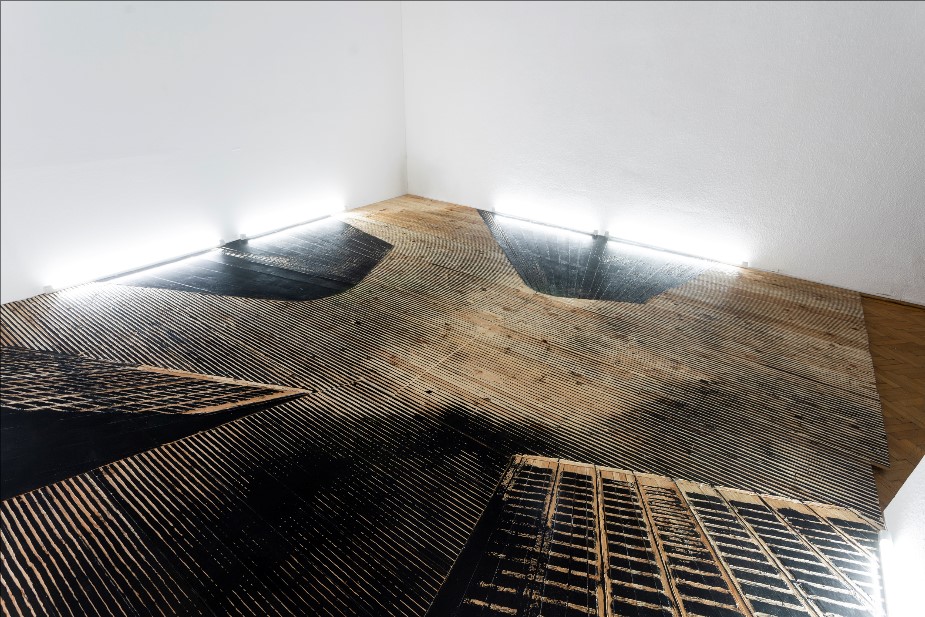 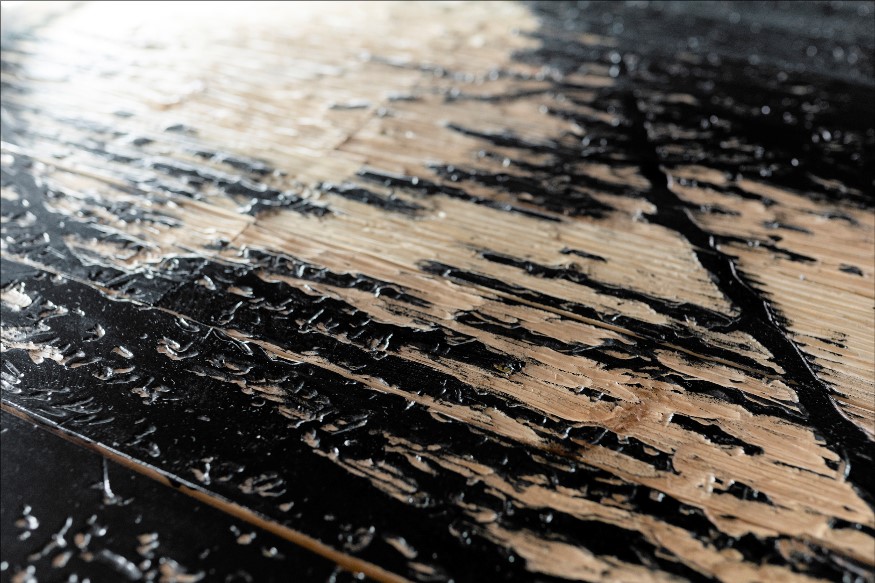 Gábor Koós has recently returned from a road trip on the US West Coast. The exhibition at INDA now showcases diary of that trip (or, in Koós’s case it is more appropriate than usual to use the term memory prints).

Koós mentions two key experiences as his source of inspiration for the works, also defining the composition of three installations, one in each room of the gallery. One of these experiences was the dimensions of the American continents, the magnitudes of the constructed and natural spaces, an order larger than those one is used to in Europe. The other dominant experience was racism, which Koós saw as ubiquitous.

In the two exhibition rooms reflecting on space on the American continent, Koós consistently uses his signature technique and method. Woodblocks, and their prints are presented as unique pairs, in a structure that differs from any of his previous arrangements as dictated by the theme: Giant sequoias and Los Angeles skyscrapers arch over, looking down at the spectator. In the third room, memories of a concrete situation the artist experienced appear in unique CMYK nitro transfer prints on the walls. The tiny transitions in colour from one print to the next present the differences between the shades of brown skin that are ever so small, yet, they inescapably define identity.

Using the visual diary as a tool to handle new situations and environments, to discover and make home in an unfamiliar space, and to record impressions during these processes, is also a continuation of Koós’s earlier practice, carrying the method of his Glasgow Diary (2010) and Budapest Diary (2013–2016) to a next stage.