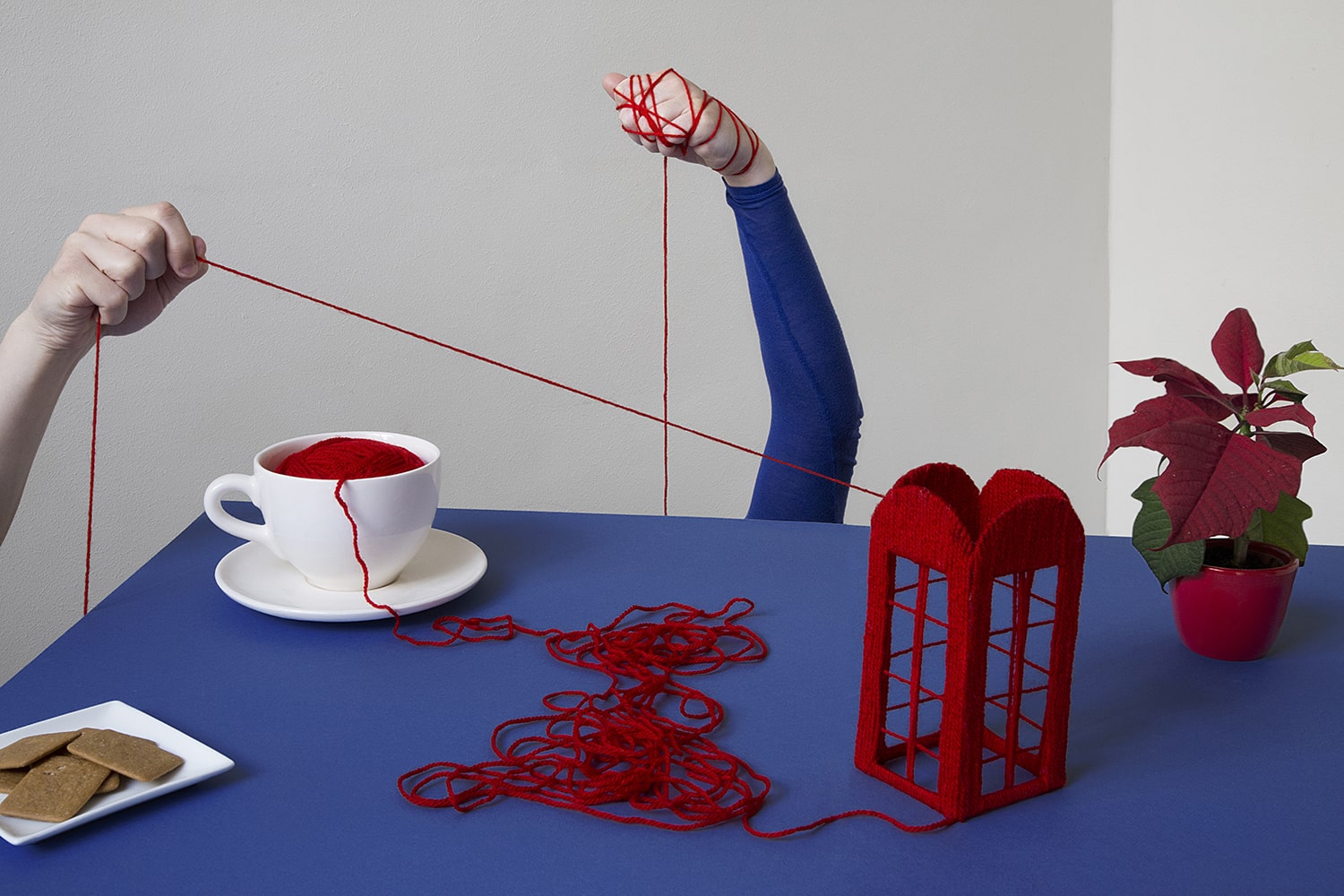 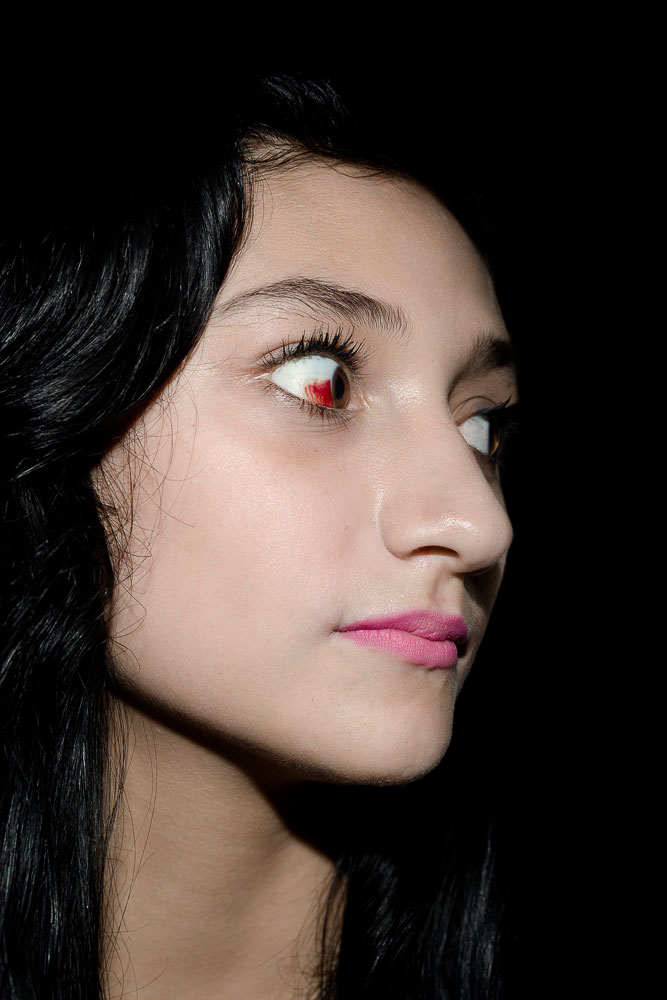 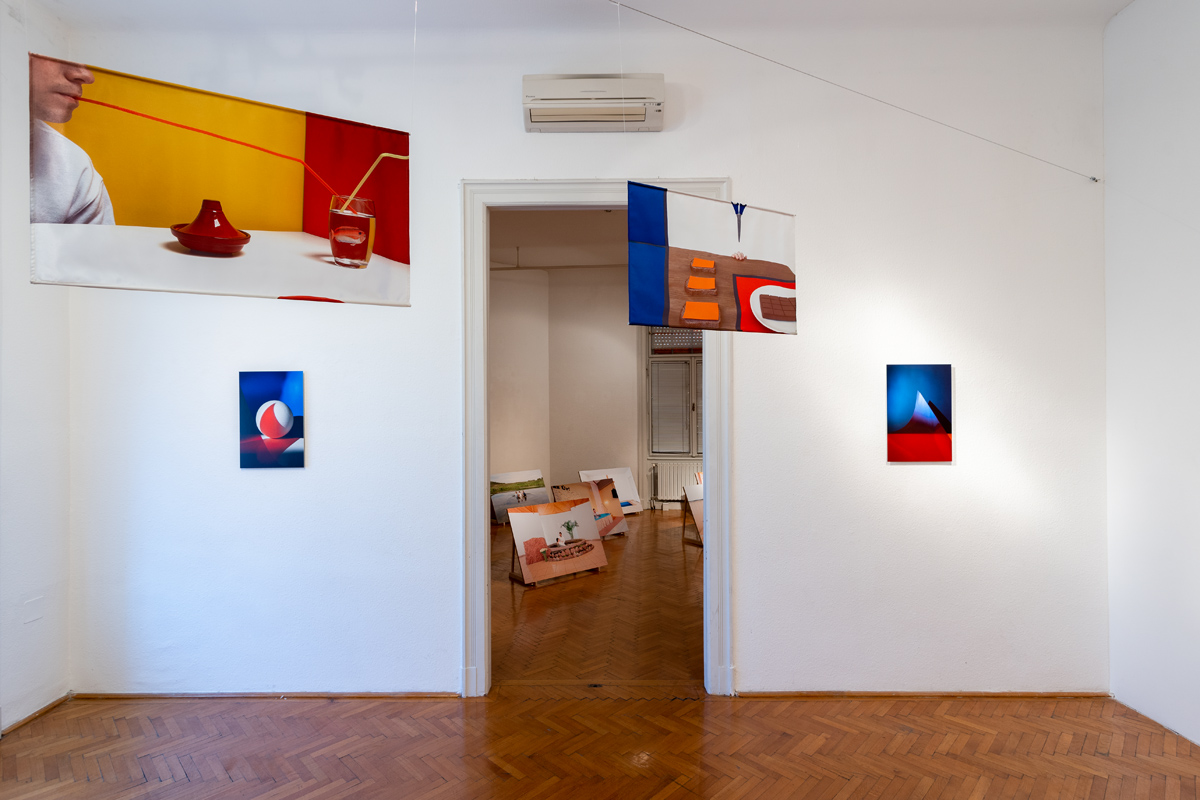 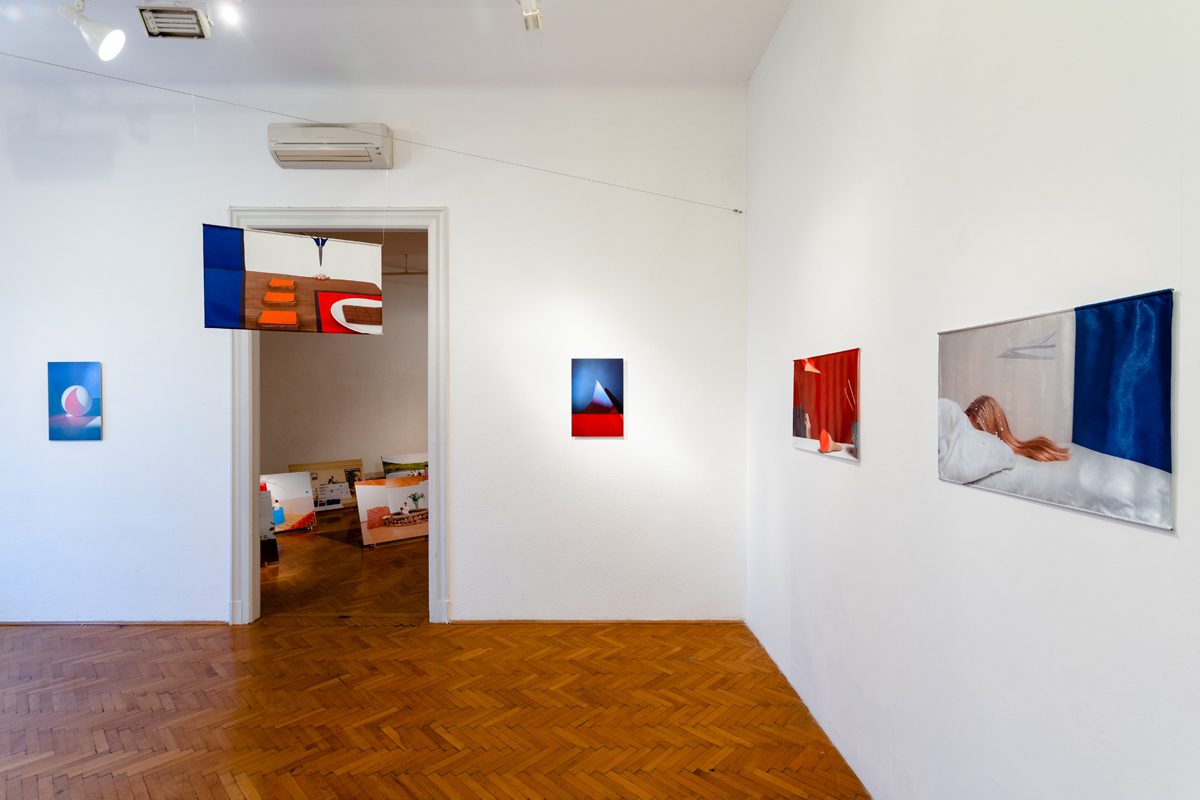 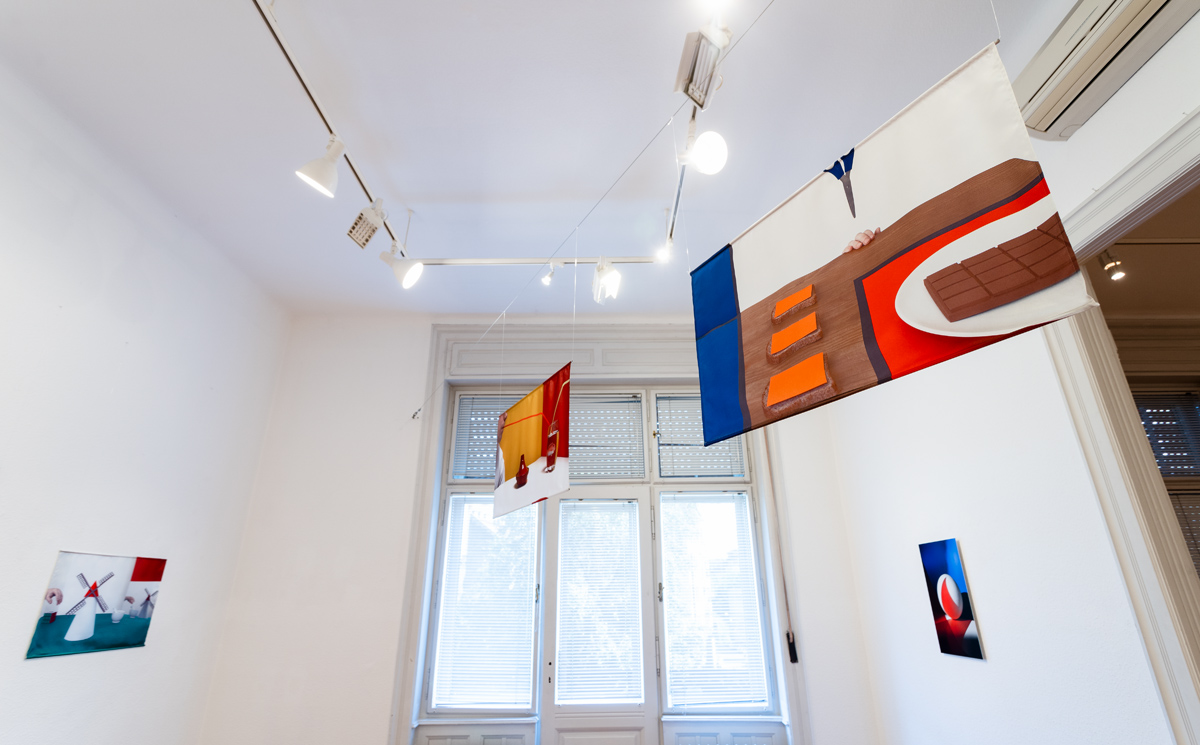 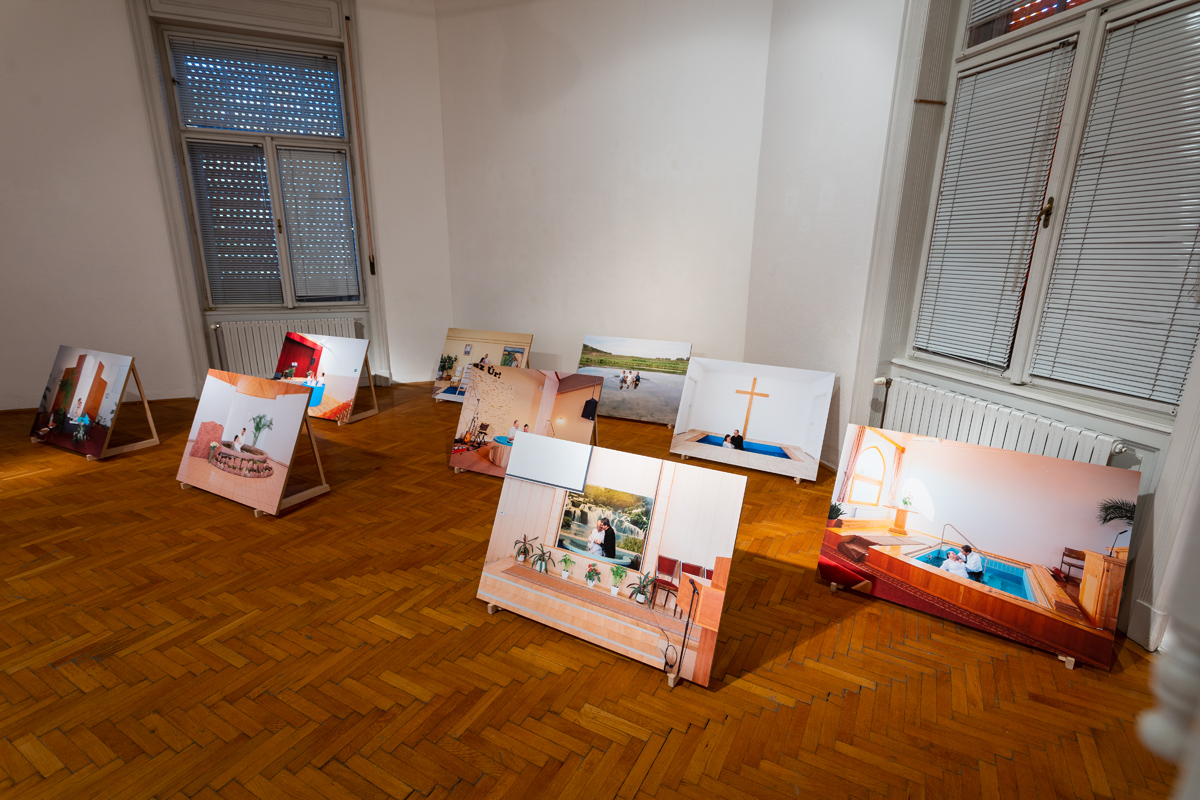 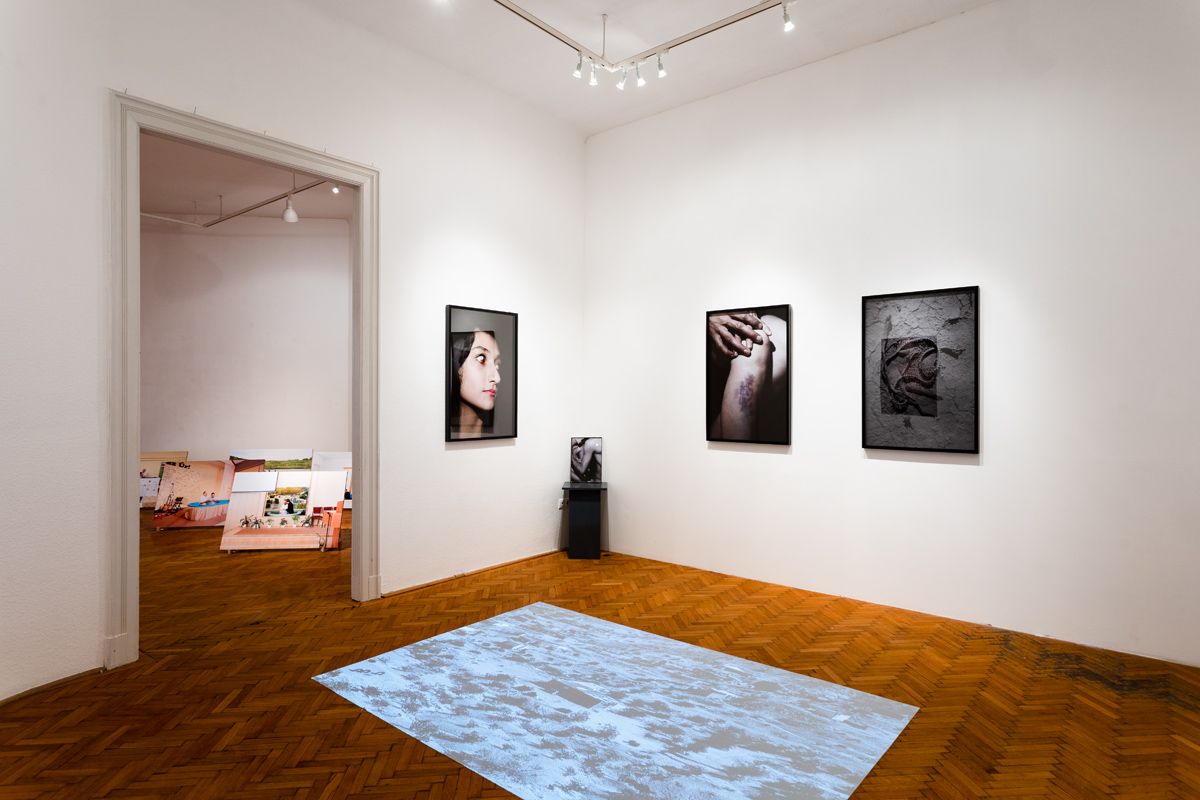 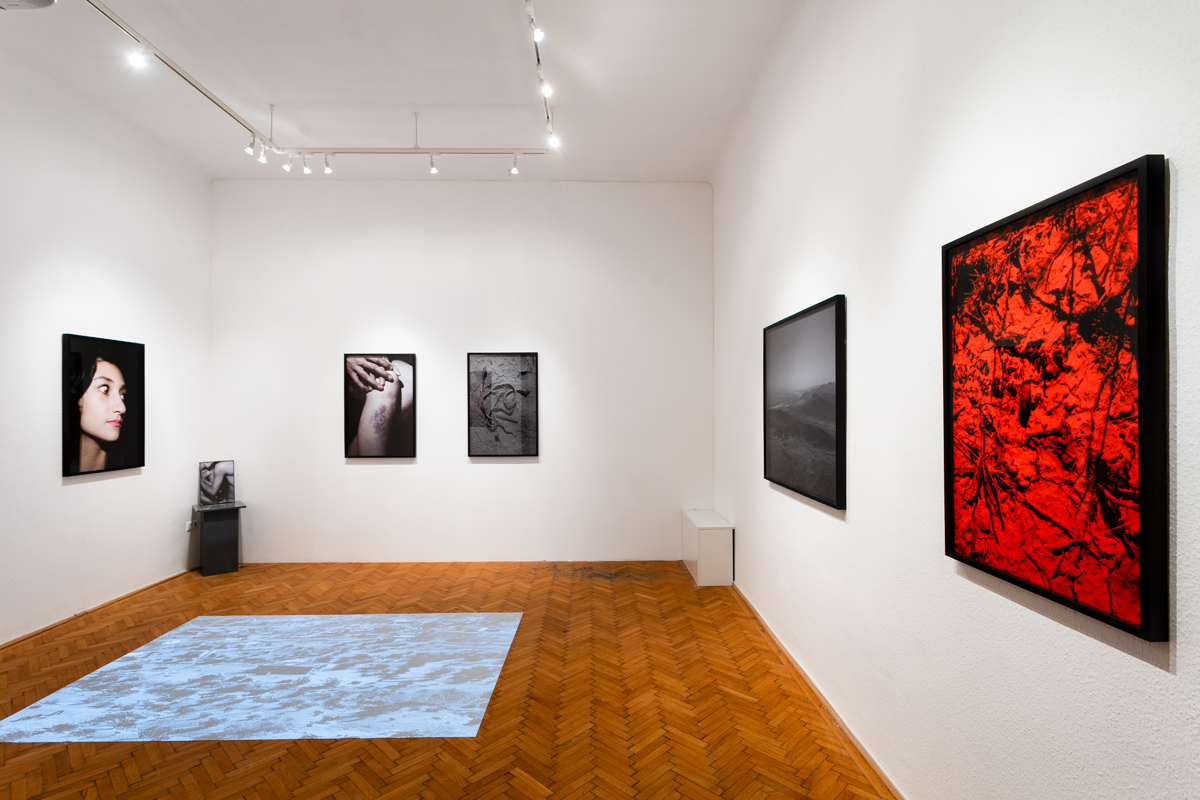 Artists belonging to the youngest generation were predominantly represented among those who participated in this year’s edition of the Capa Center’s annual Budapest Portfolio Review. The three-person solo show at INDA now presents a selection of the works of three participants with markedly differing strategies, but all of whose works reinterpret sights, images, visual, verbal and cultural signs and meanings. Culturally and socially conditioned meanings are brought into relation, contrasted and played with, opening up new layers.

Liza Szabó’s series of photos is called Guide for Foreigners. Two windmills meet with a Rubic’s cube; water is sucked out of a drinking glass with a small fish in it — Szabó’s studio compositions printed on textile, hanging in the air, interpret idioms meaning ‘we do not understand each other’, or ‘we misunderstand each other,’ translating them into a visual language. Her other series, Form from, of which two are shown in this exhibition, continue playing with the language. Here, Szabó constructs and photographs such images in the studio that are usually made by way of digital image manipulation. Normally, we consider that such spaces and structures cannot/ do not exist physically.

Adél Koleszár’s series titled Wounds of Violence was made in Mexico, where she has been living and working since 2013. The photos show landscapes and women, both wearing scars, reminders of violence on their bodies. The vast Mexican landscape with its extraordinary beauty, or just parts of land, appear here in black and grey tones or lit in red: the lands, in fact, are illegal temporary mass graves, where the victims of violence are buried. Like the land, the women living in the area also wear the traces of physical terror. The series juxtaposes portraits of these wounded bodies, wounded land and wounded females, wounded environment and wounded humans or communities.

Christian tradition and the visual style of contemporary built interiors meet Éva Boglárka Zellei’s group of works, Furnishing the Sacred. The human and the sacred, the saint and the profane meet in the spaces of where contemporary Christian communities perform their immersion baptism ceremonies. Built from simple materials, the environment constructed and transformed for the ceremony is made homely in the contemporary sense. Through DIY practice, manual work and the use of plain materials, tradition is transposed into a kind of contemporary spiritual intimacy. As a result, religion and faith are placed in a 21st century context, liveable here and now. Built from contemporary elements, the interiors as well as the baptism ritual itself become more accessible and inviting for the contemporary viewer.

Besides the consistency of their methods of exploration, their power of the visual representation, and the clarity of their theme’s presentation, all three artistic strategies also help the viewer not only to explore the work’s themes but also to question the automatisms of visual (and verbal) reflection. If the viewer becomes and remains conscious of this effect, then the photos in this exhibition also serve as a kind of vaccine against the visual (and verbal) indoctrination imposed by power structures.

Opening speech by the curator of the exhibition, Zsolt Kozma