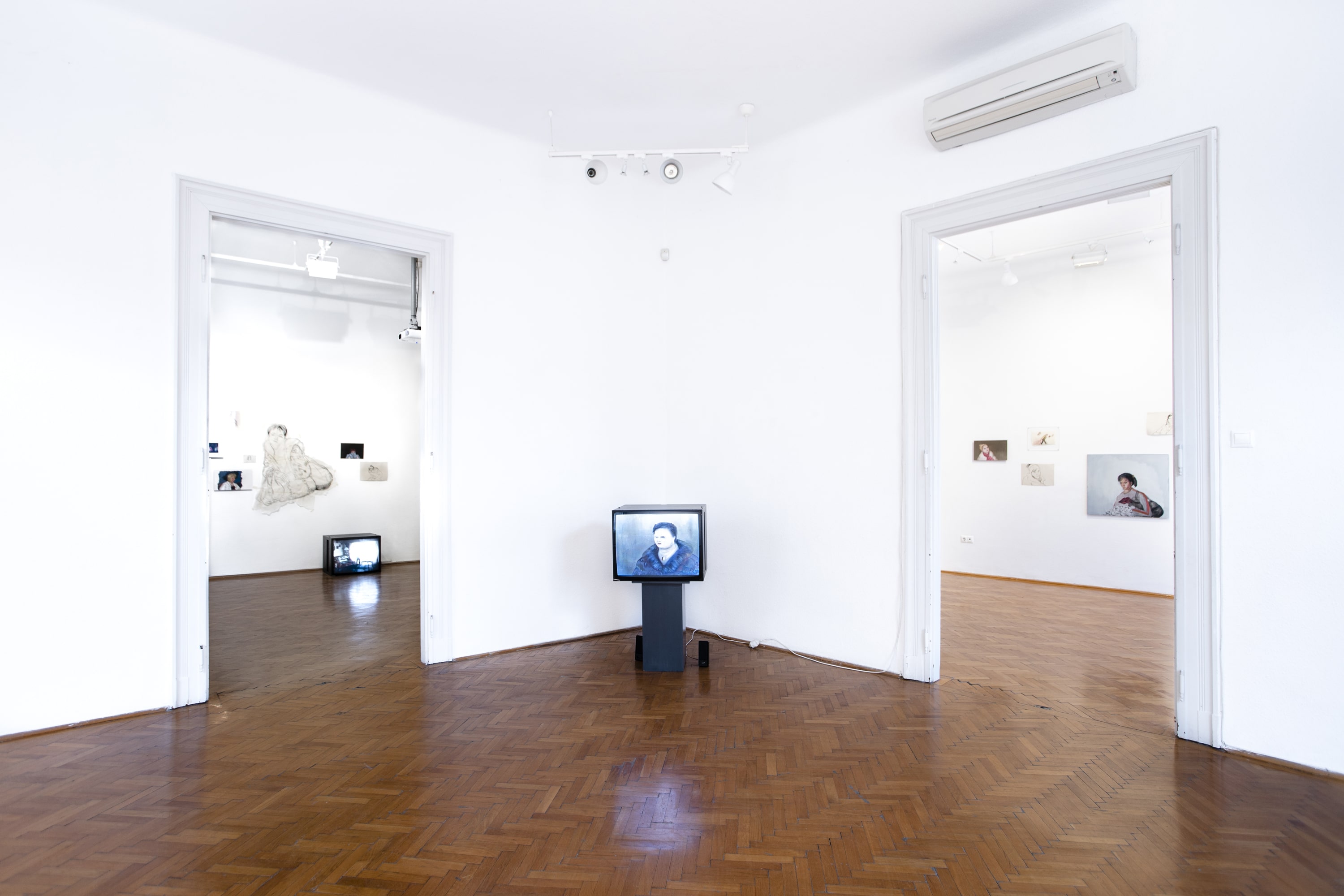 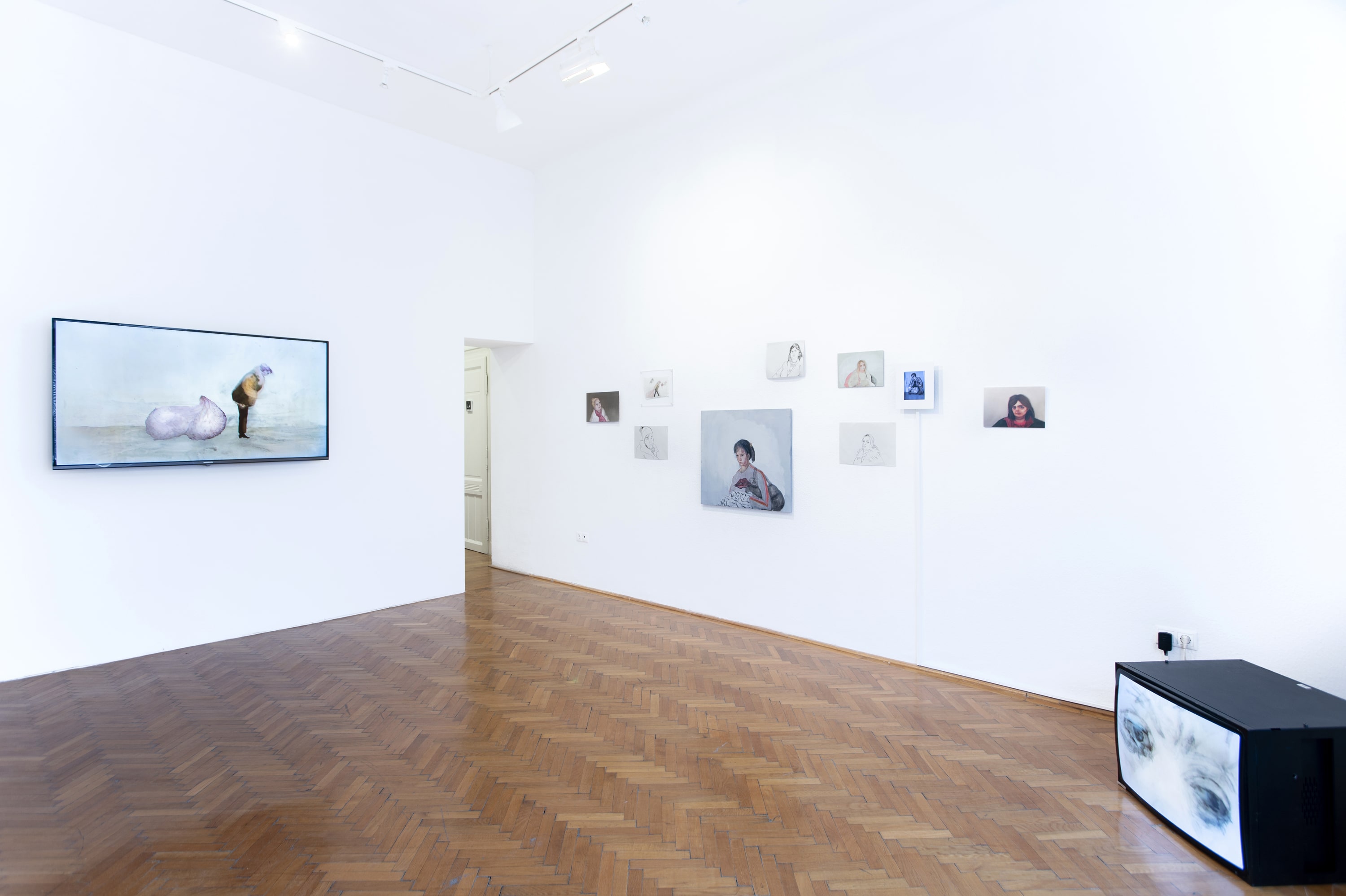 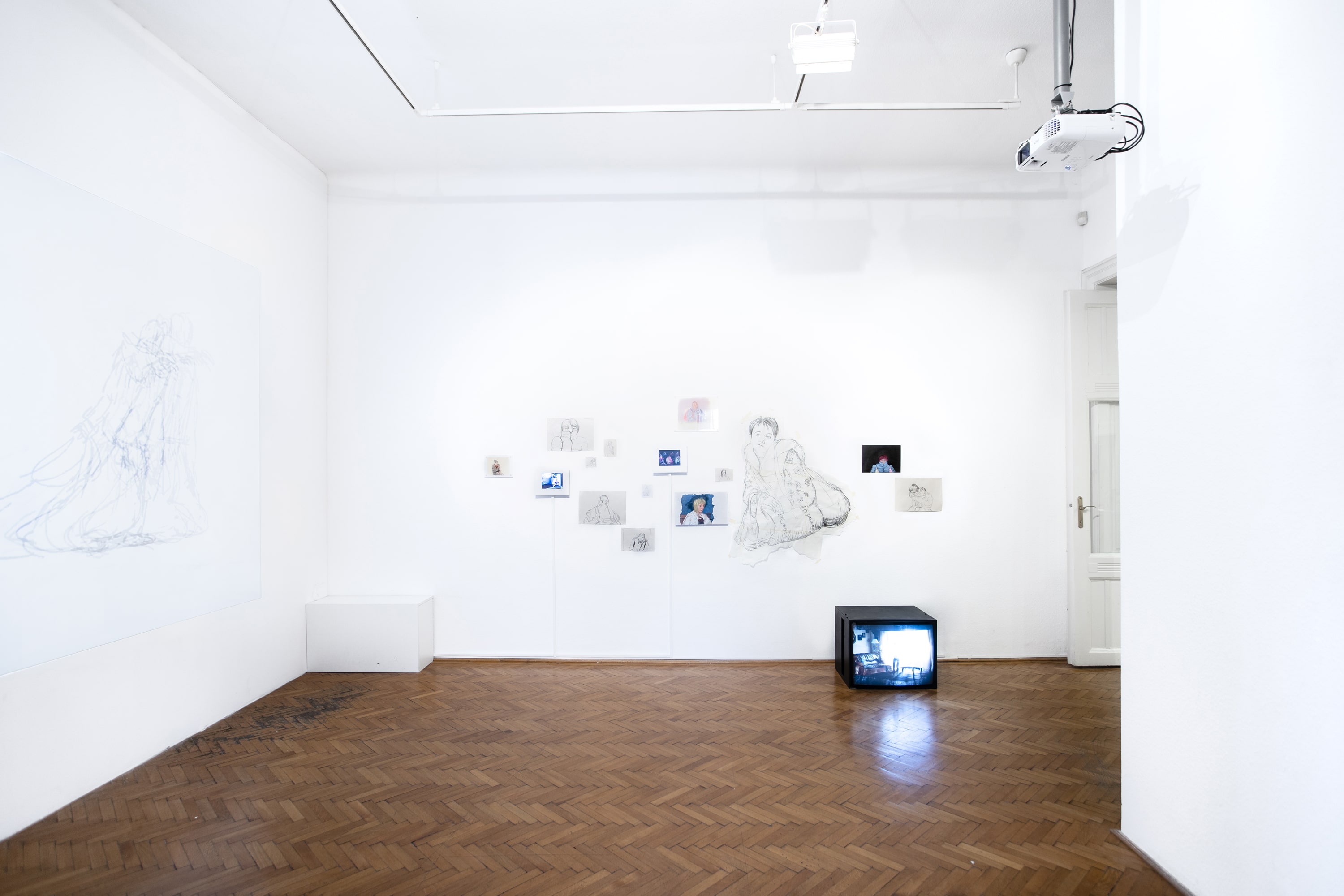 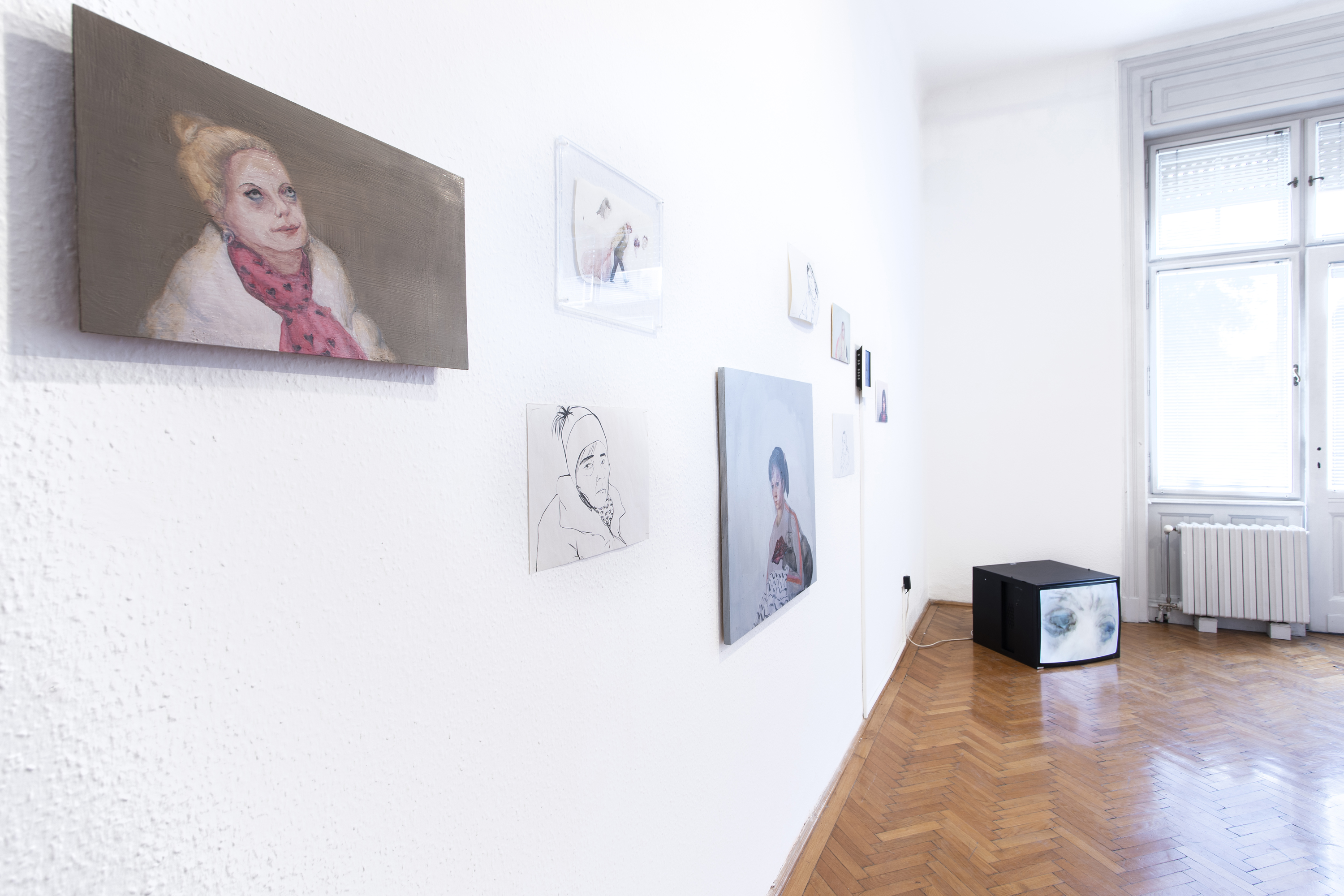 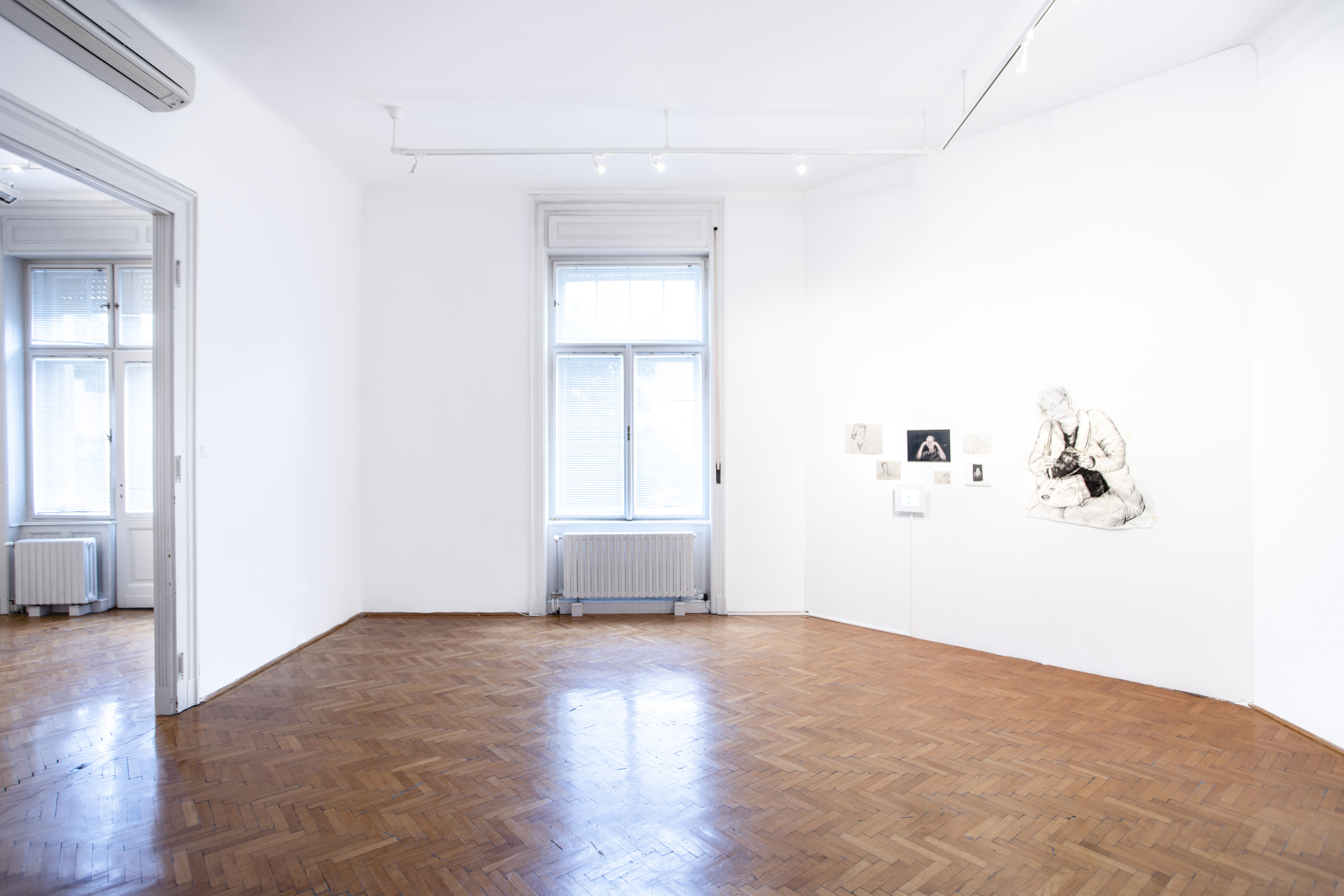 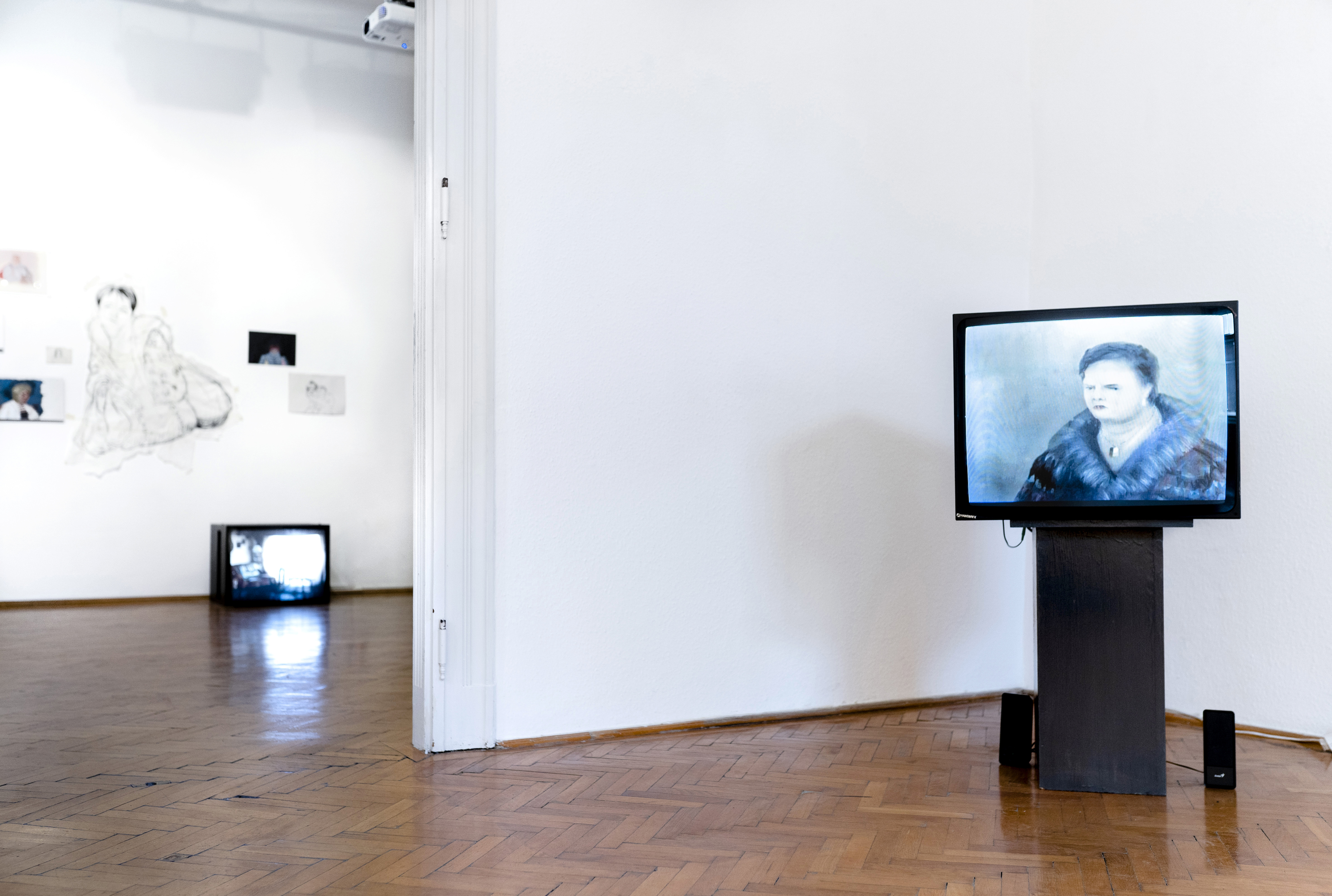 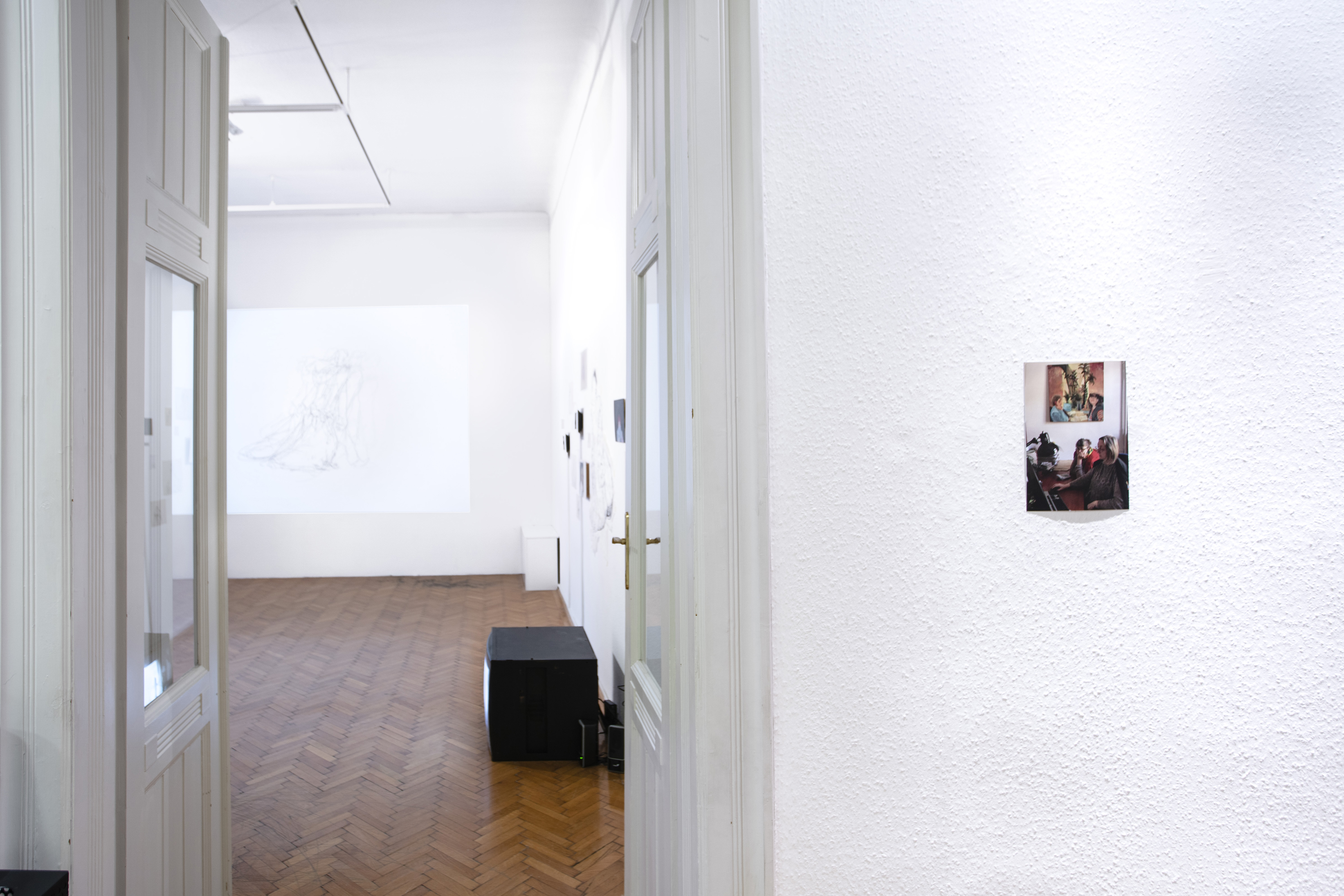 The works in this exhibition are the results of constant rumination. The problem stems from a recognition the artist made many years ago, in connection with a double portrait. The characters in the painting were office workers, who were reluctant to consent to sitting for a portrait at first. The two middle-aged women initially suggested that the artist “find a more beautiful theme”, and were afraid that they would look ridiculous in the portrait.

These were the origins of the experiments in which Eszter Szabó explores two essential questions, using several media: Is it possible to expand the limits of imagination in the representation of women? Is it possible to clear a portrait of the deeply ingrained ideas associated with the ‘feminine’? The drawings, paintings, lenticular prints and short videos in the exhibition are fictitious portraits, characters made up from memories of faces the artist saw in the street or in public transport. The faces in the pictures emerged through rearranging familiar and typical features.

The works in the exhibition attempt to invent a mode of representation that challenges and reconsiders the image of the ideal woman as pretty, tidy, docile and obedient. Observing the faces swarming in little clusters on the walls, recognising the similarities and differences in their features, witnessing the long, eternally repeating, tragical-comic, amicably fallible chain of their movements, one gets to the point where the ideas of femininity, of the female and the feminine are challenged.