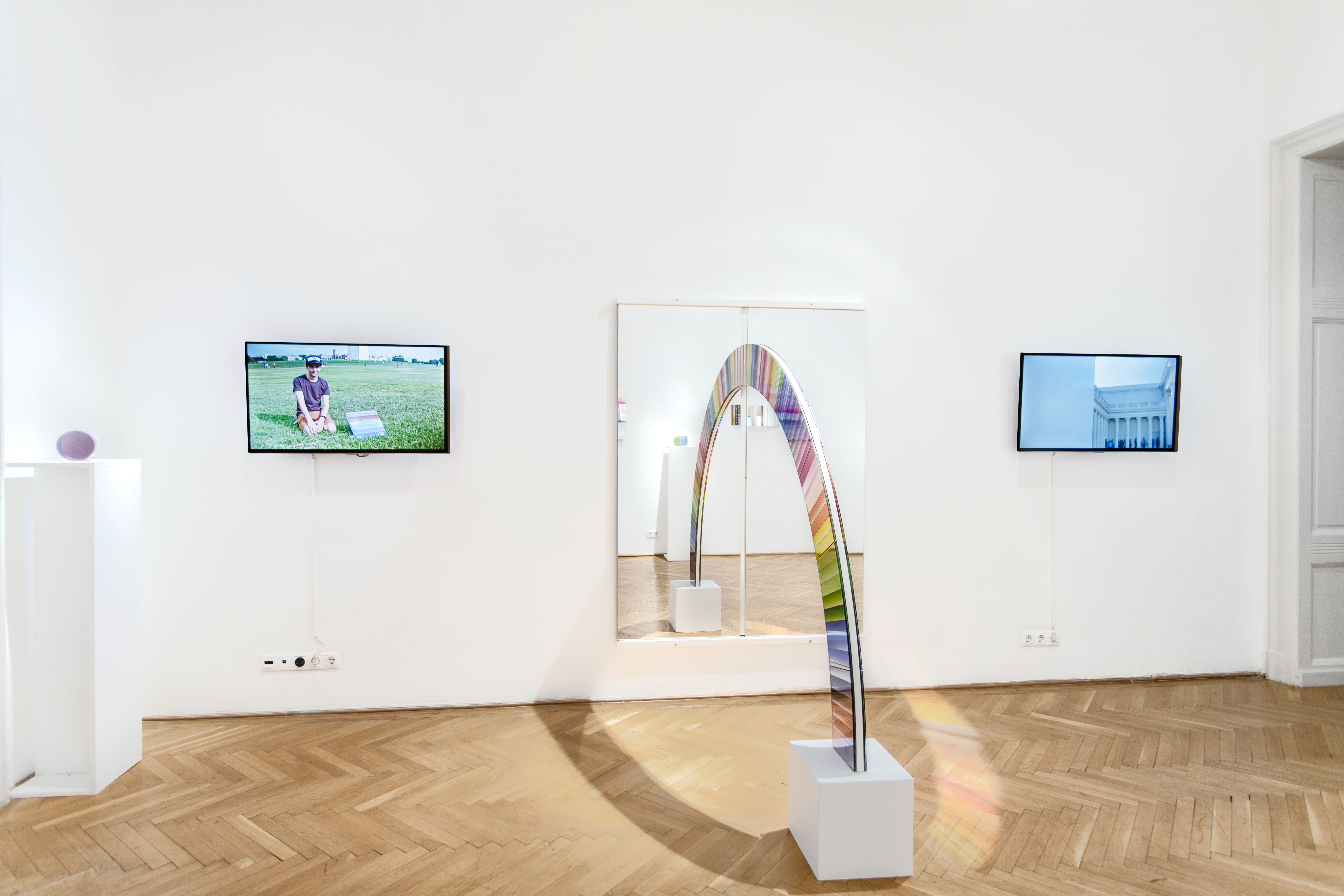 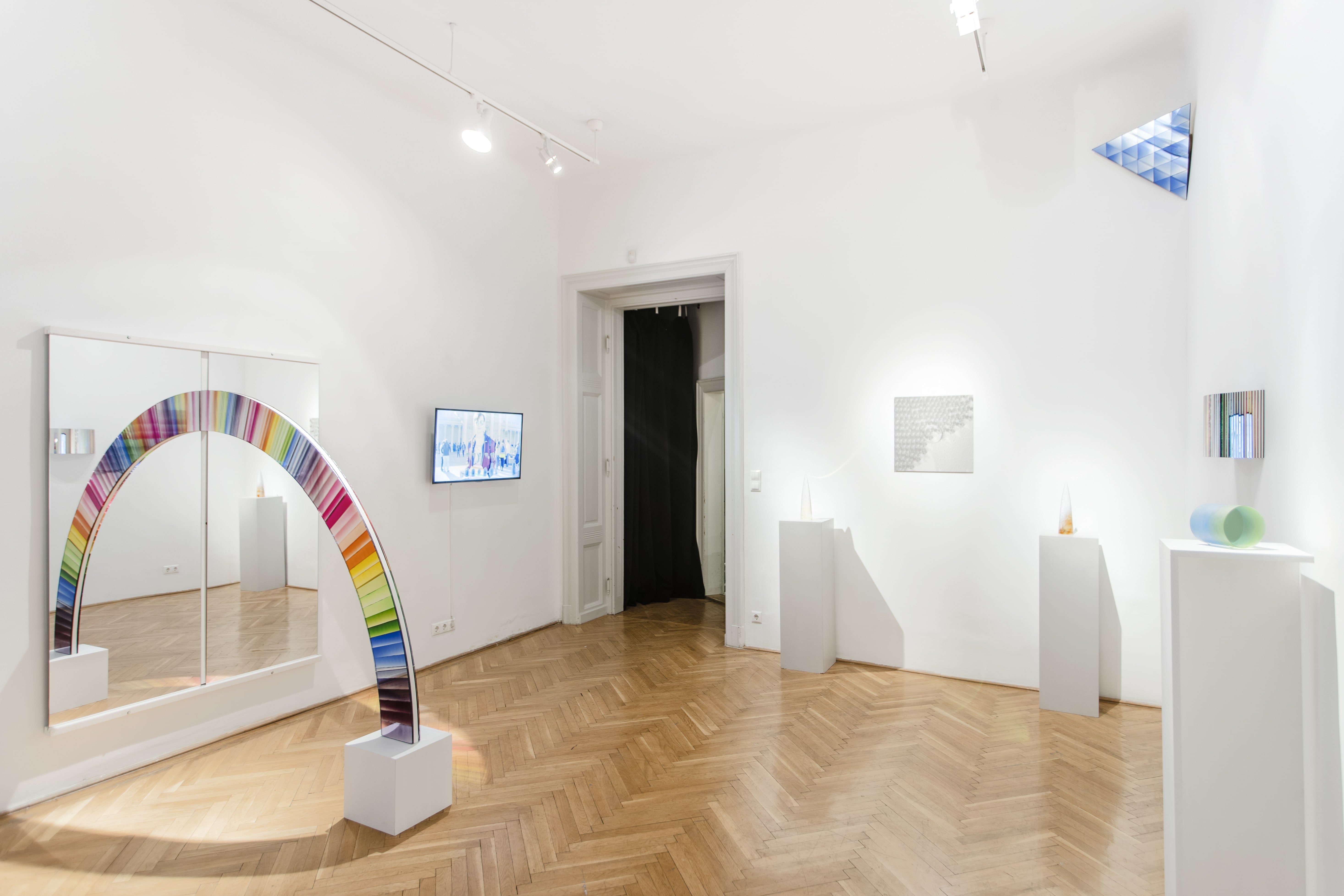 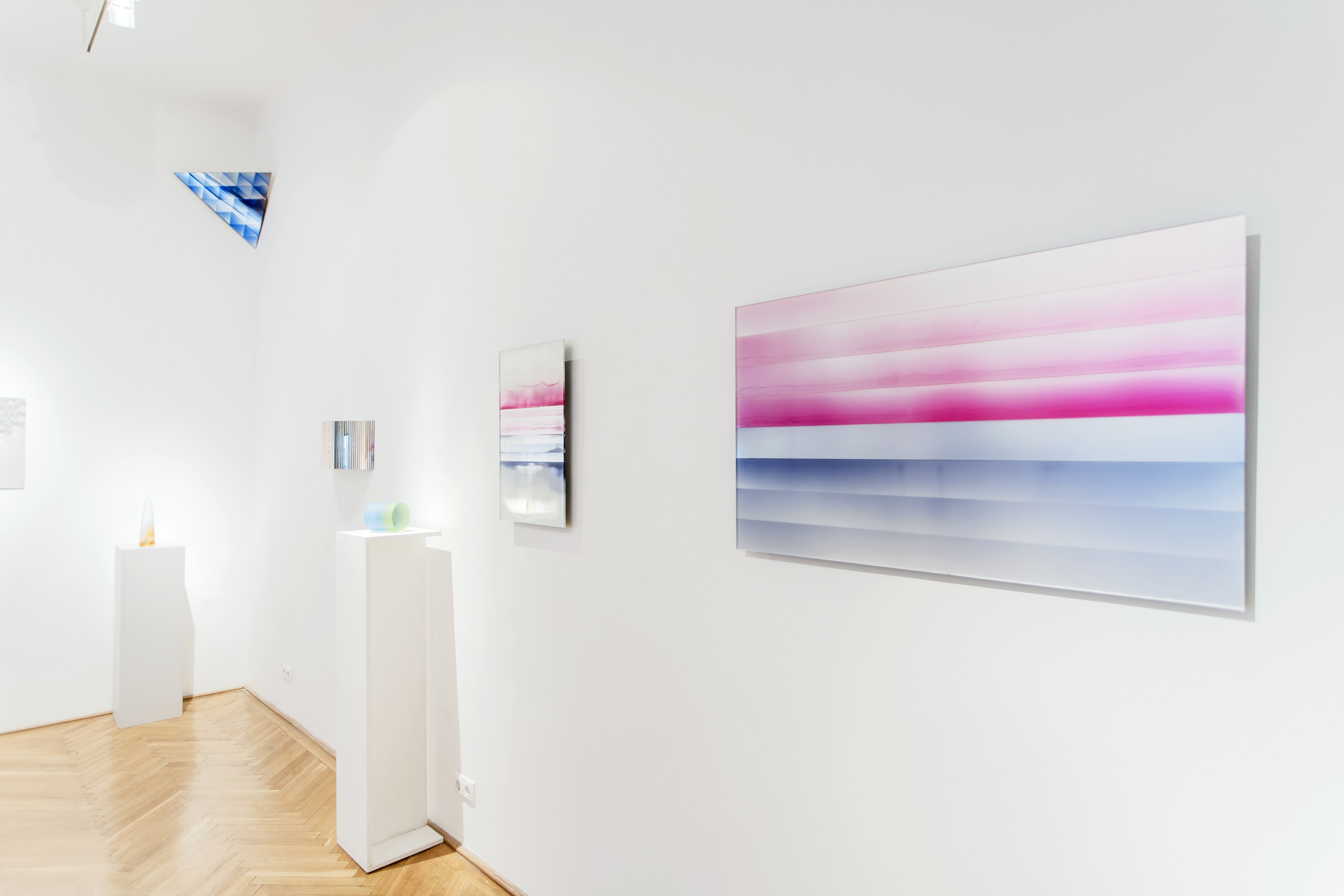 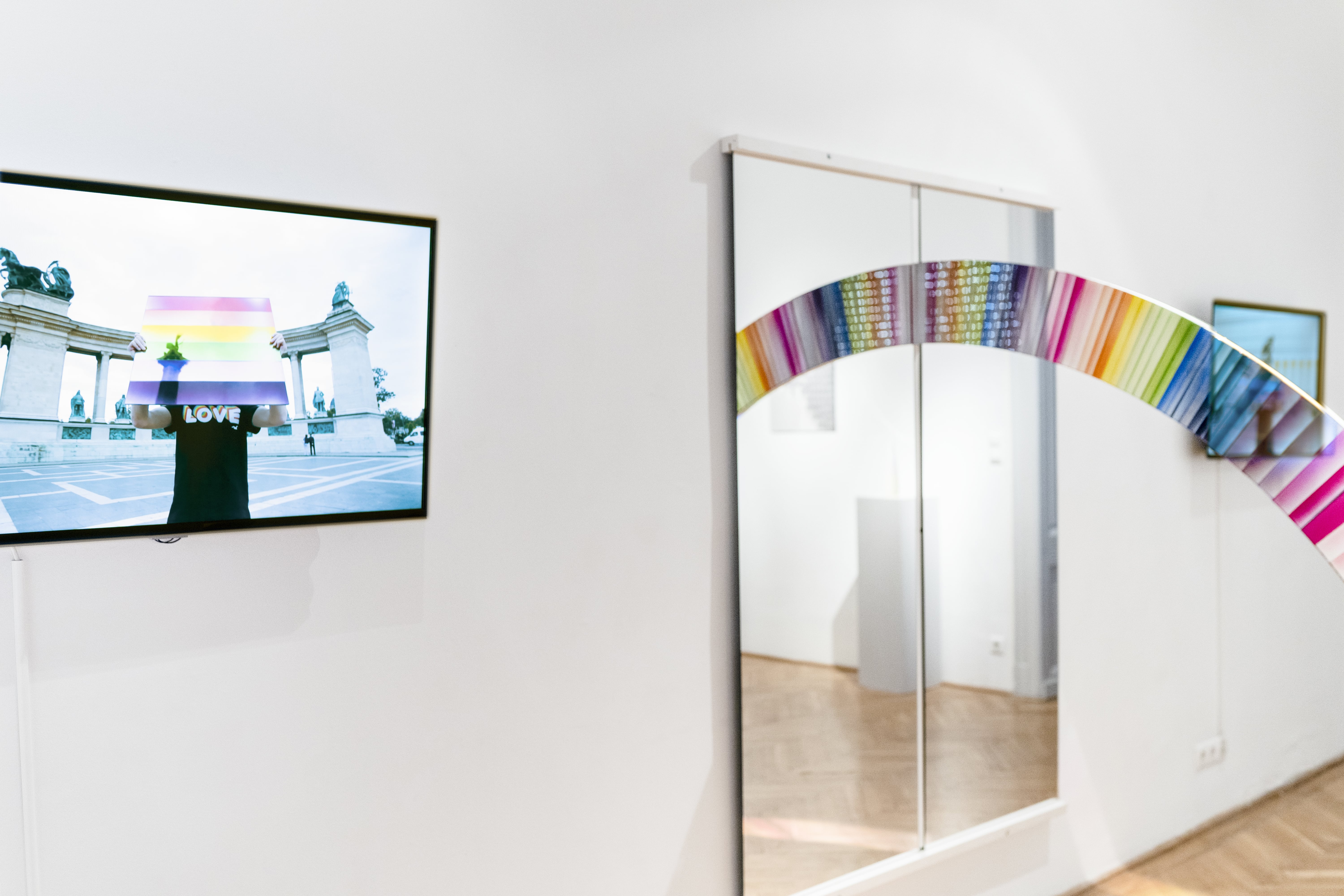 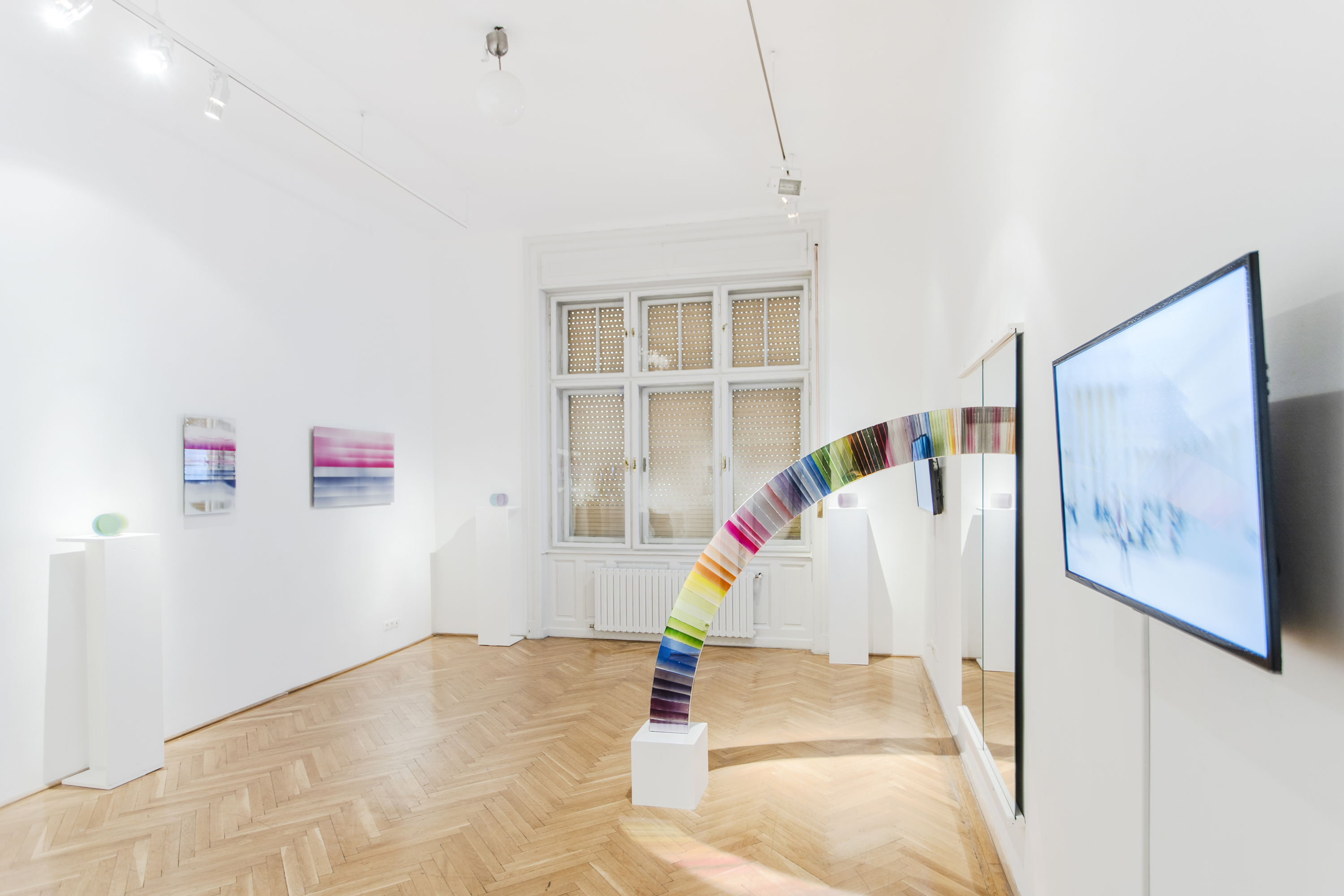 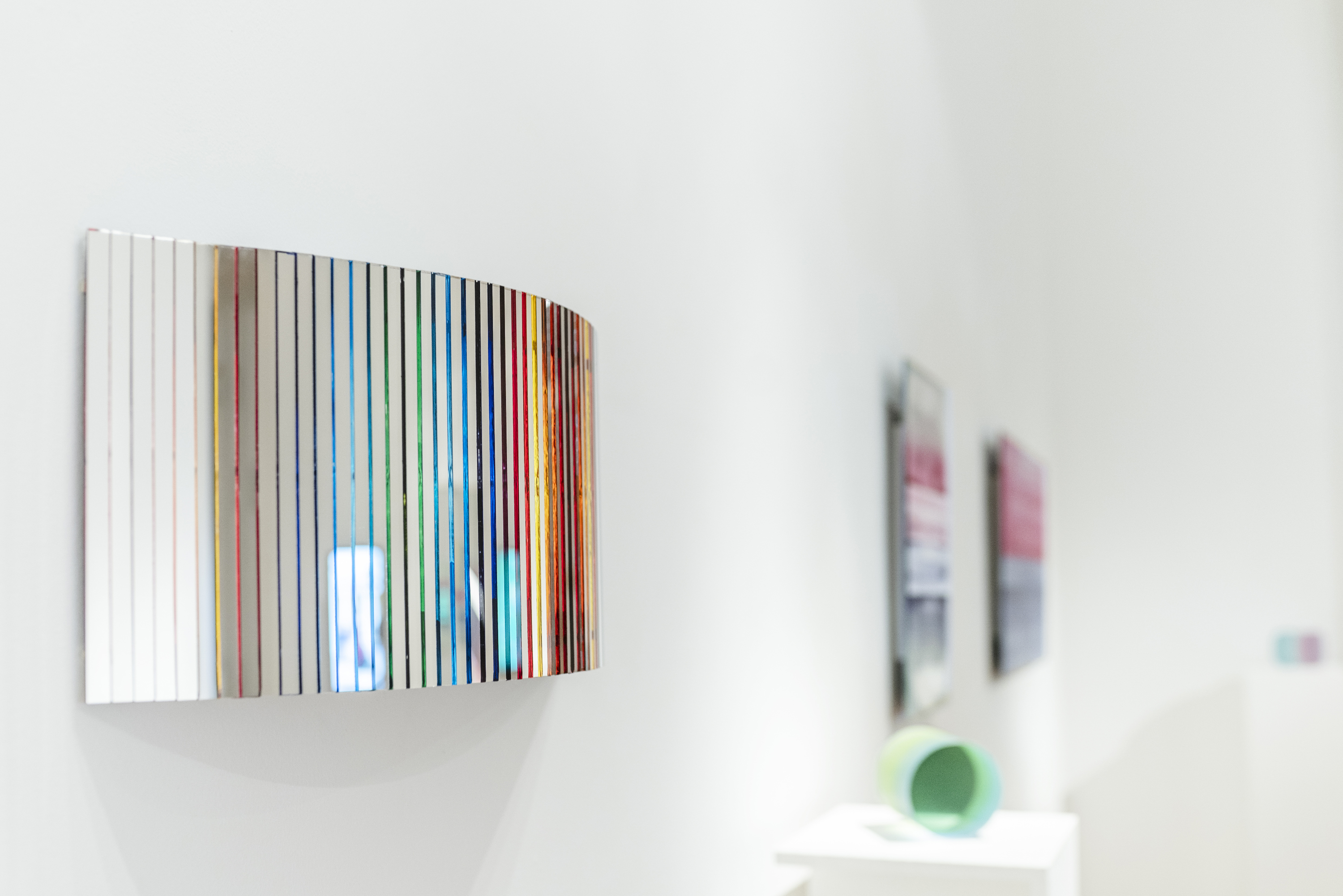 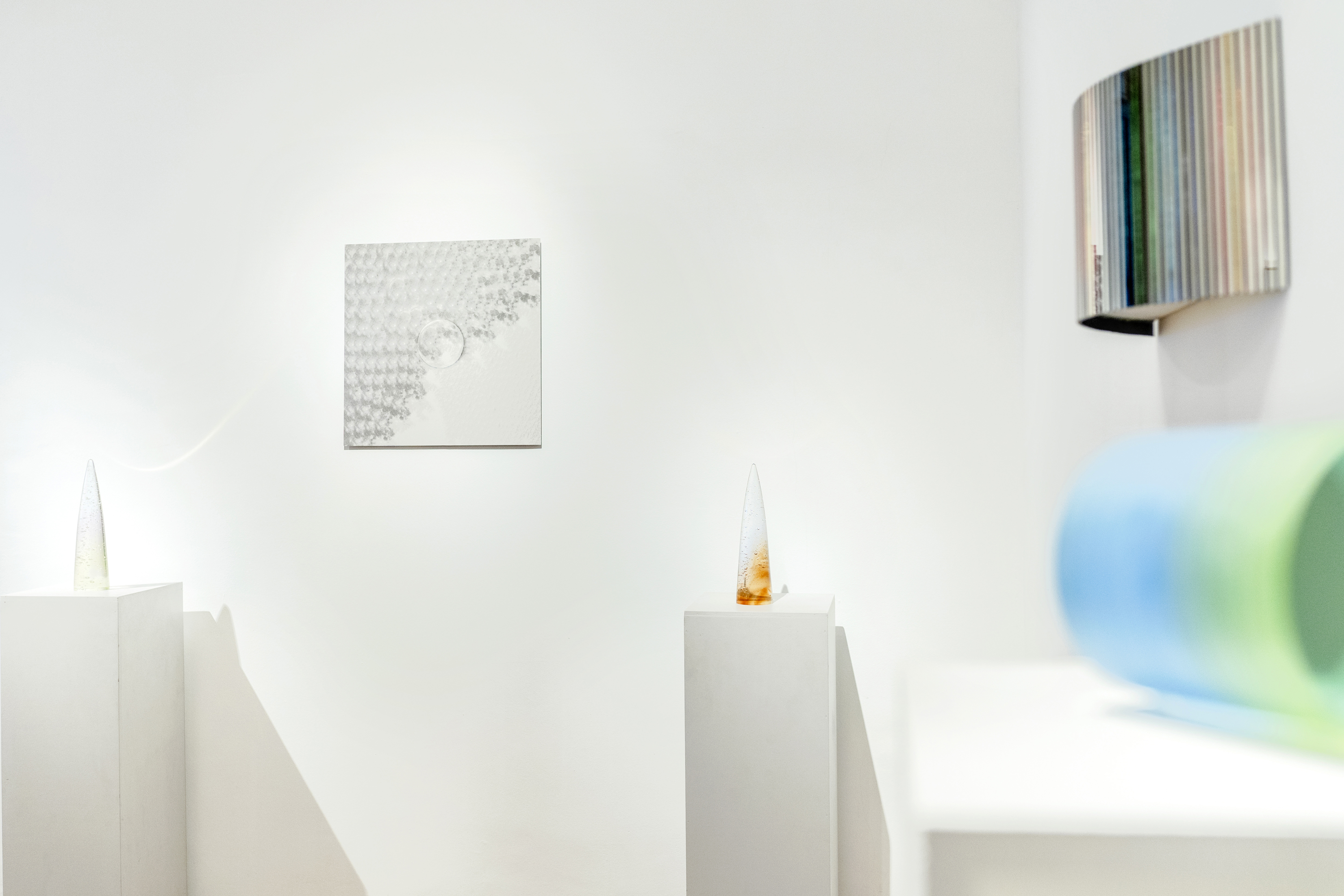 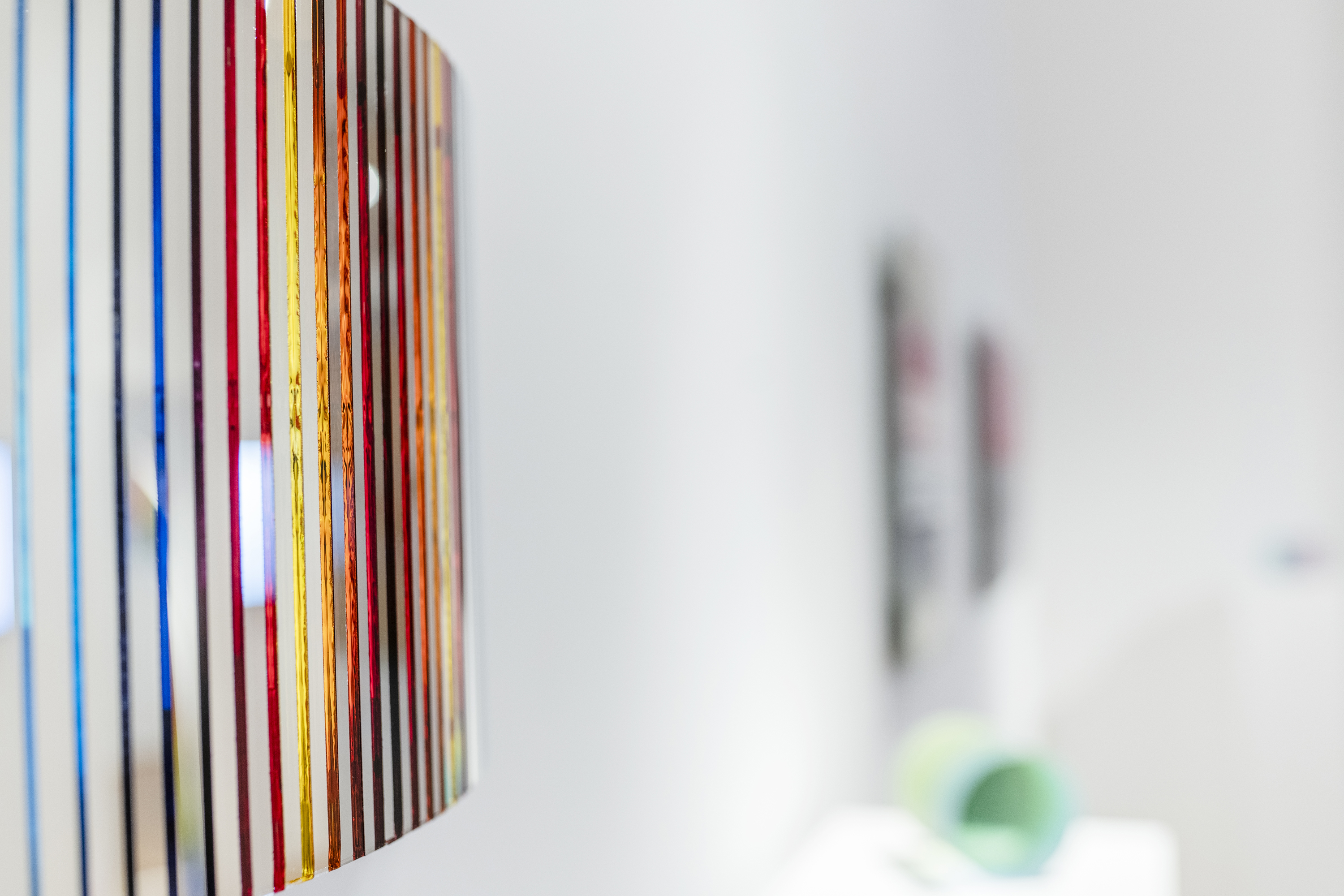 A member of the youngest generation of artists, still under 30, Tamás Ábel has already earned international recognition. As a sign of this, just a few weeks after his show opens in INDA Gallery’s Project Room, he will represent the Hungarian scene in a major show at the Corning Museum of Glass (CMoG) in Corning, New York.

And here, there is something significant to point out about Ábel: his outstanding artisanship in working with glass was most probably not the only criterion on which CMoG has decided to show his work, the selection now showcased at INDA also makes it clear that this young artist’s field is not a glass design per se but contemporary conceptual art. And while glass is his dominant medium, and it is the properties, potentials, limits and excitement of working with this material that define Ábel’s visual language, in this exhibition too, he crosses boundaries of the media and points out inherent connections with video and photography. Hence the fact that his photo displayed here is eponymous with the show.

Parts of series made over several years (2015 – 2019), using various techniques, have been selected for this show. Ábel himself usually groups his series by theme, and in relation to that, also by formal and technical properties. His major themes are Tolerance; Space; and Love, and besides (or within) these, there are smaller thematic units as well. While characteristically, the formal-technical solutions are the same in a thematic group, the boundaries of notion and meaning can be crossed – revealing semantic connections between the pieces and groups of works. Inversion II, for example, appears under the thematic title of Tolerance, however, it shows clear relations to Space and Love too. As Ábel puts it “inversion here means repositioning and essential change not only as an inversion of space but also in the sense of a shift in the intellectual and spiritual position […] in a constantly changing environment, when and where this object seeks to locate our viewpoint and mental disposition in the present, and thereby it distorts this present and location by expanding the space.” The series Space Souvenir - Theodore von Kármán’s memorial pays tribute to the paramount physicist, mathematician and engineer, the pioneer of supersonic and space aviation. The Horizon series was inspired by the view of the sky and sea from Hangzhou Bay Bridge, one of the longest bridges in the world, connecting Shanghai and Ningbo. The formal and technical solutions of Tolerance Field are inspired by the principles of CMYK and RGB colour, used in printing and digital colour management respectively. These models served as the bases of Ábel’s experiments with glass, resulting in objects, which, in their turn, give rise to the semantic field at the very moment the viewer’s gaze falls on them. These semantic fields expand with the speed of light but are definitely not endless or indefinable. The empirical starting points of Unequal Rainbow was the artists two consecutive trips to China and the US, and the “immeasurable inequalities – the economic, cultural and social divides in and between those countries.” The rainbow that emerged as the artistic formulation of this experience demonstrates the absence of “equality, harmony and tolerance.”

The two videos in the exhibition are records of Tamás Ábel’s performances in public spaces in the US and Budapest, while Supermoon, printed on aluminium, marks his first crossover to photography.