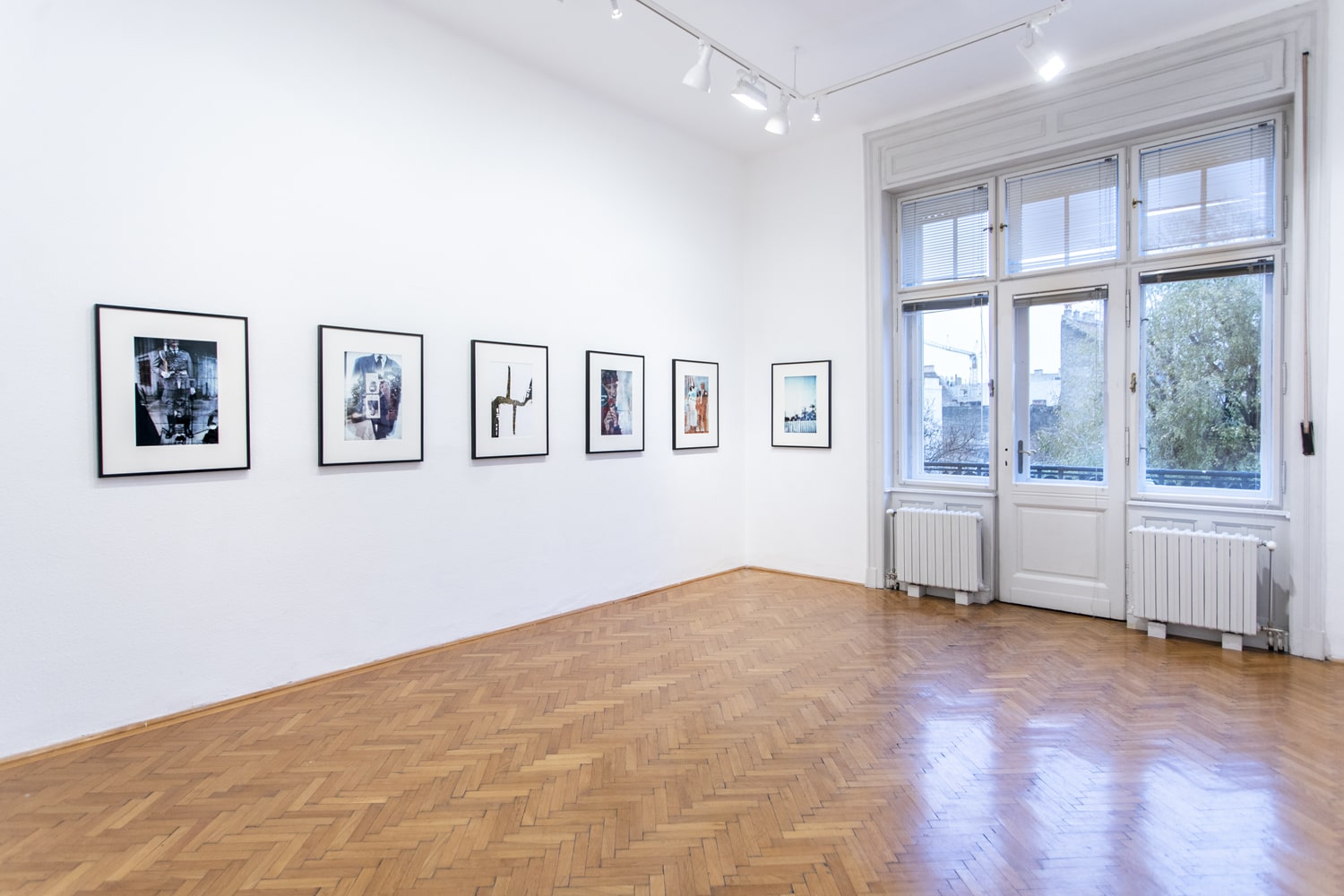 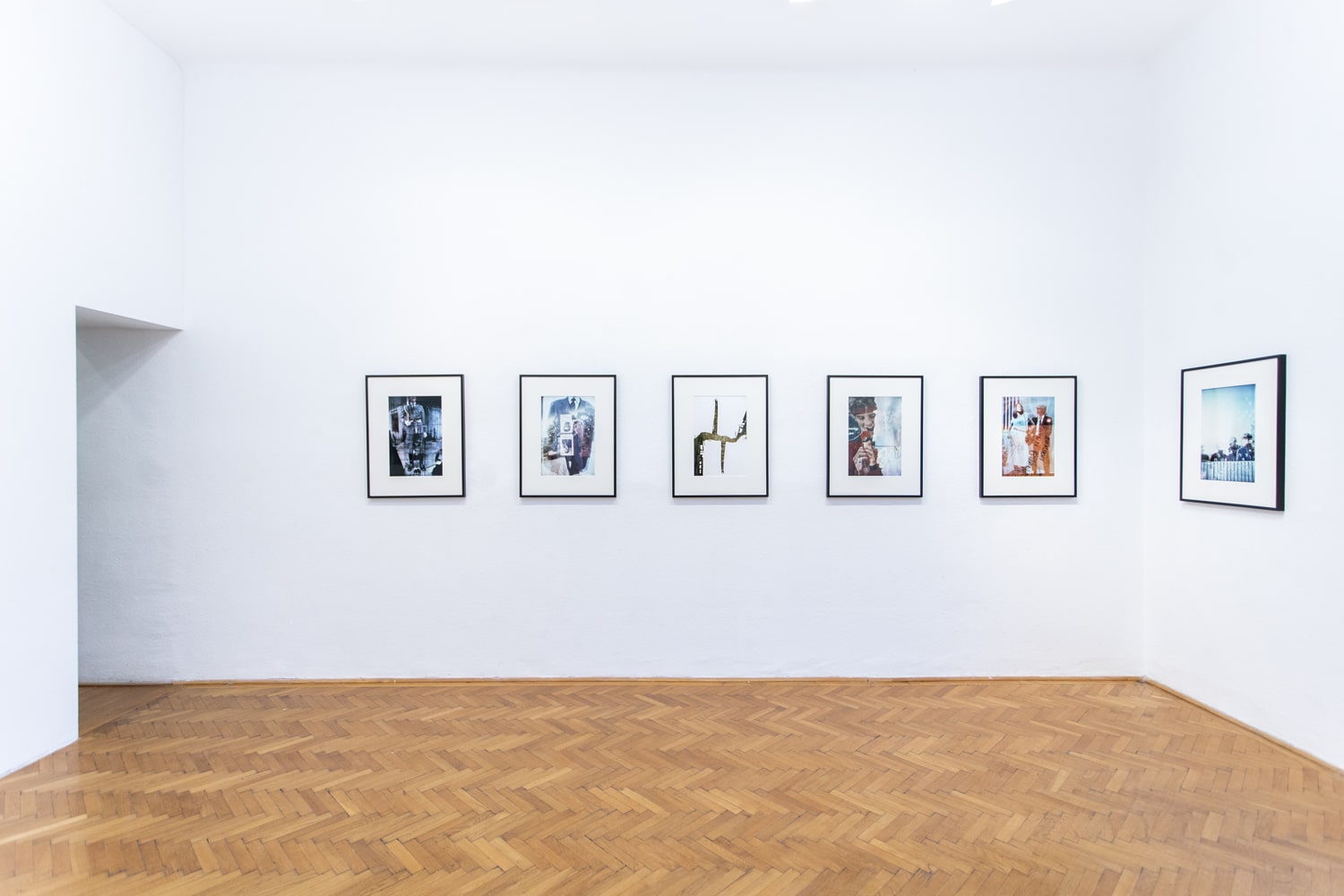 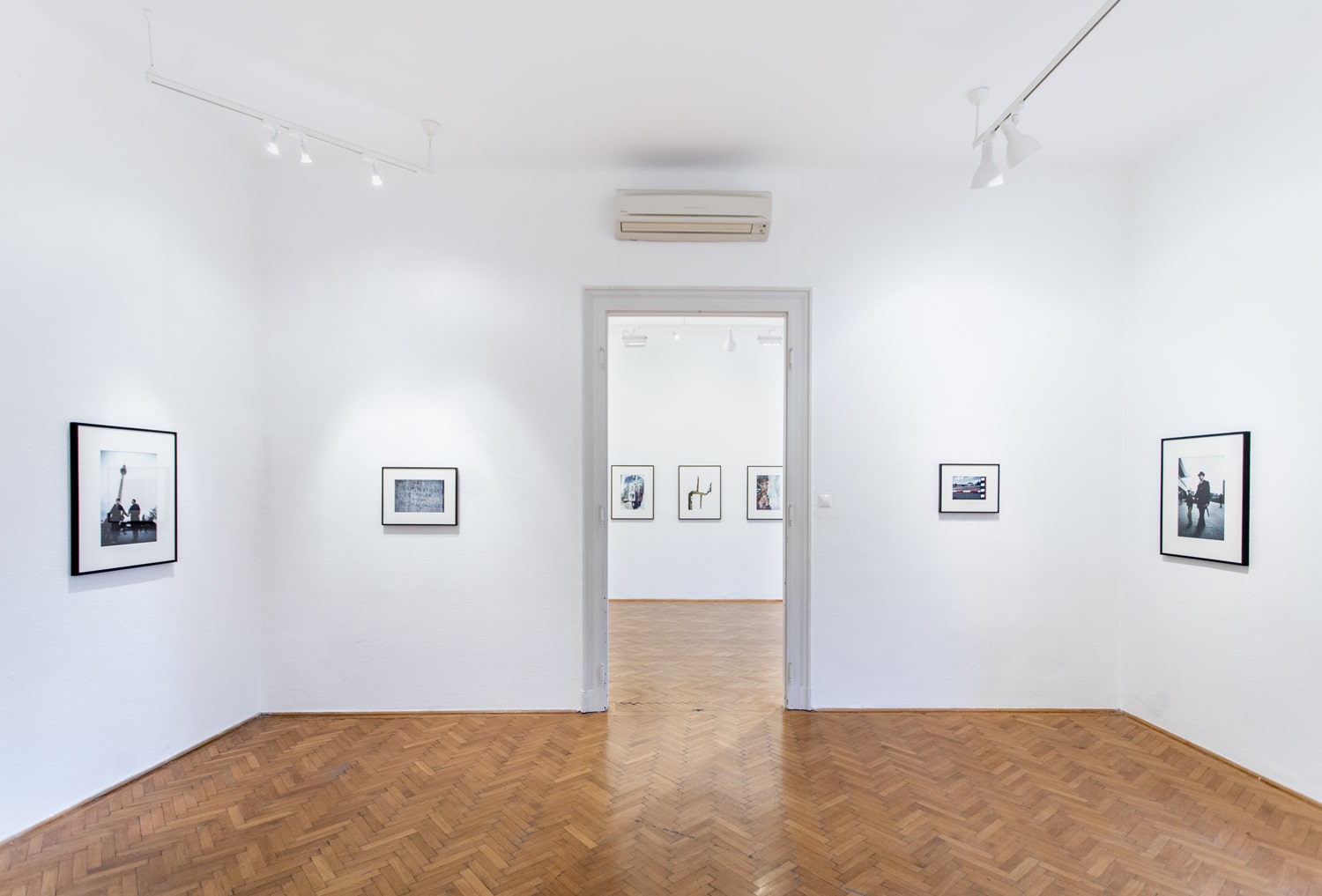 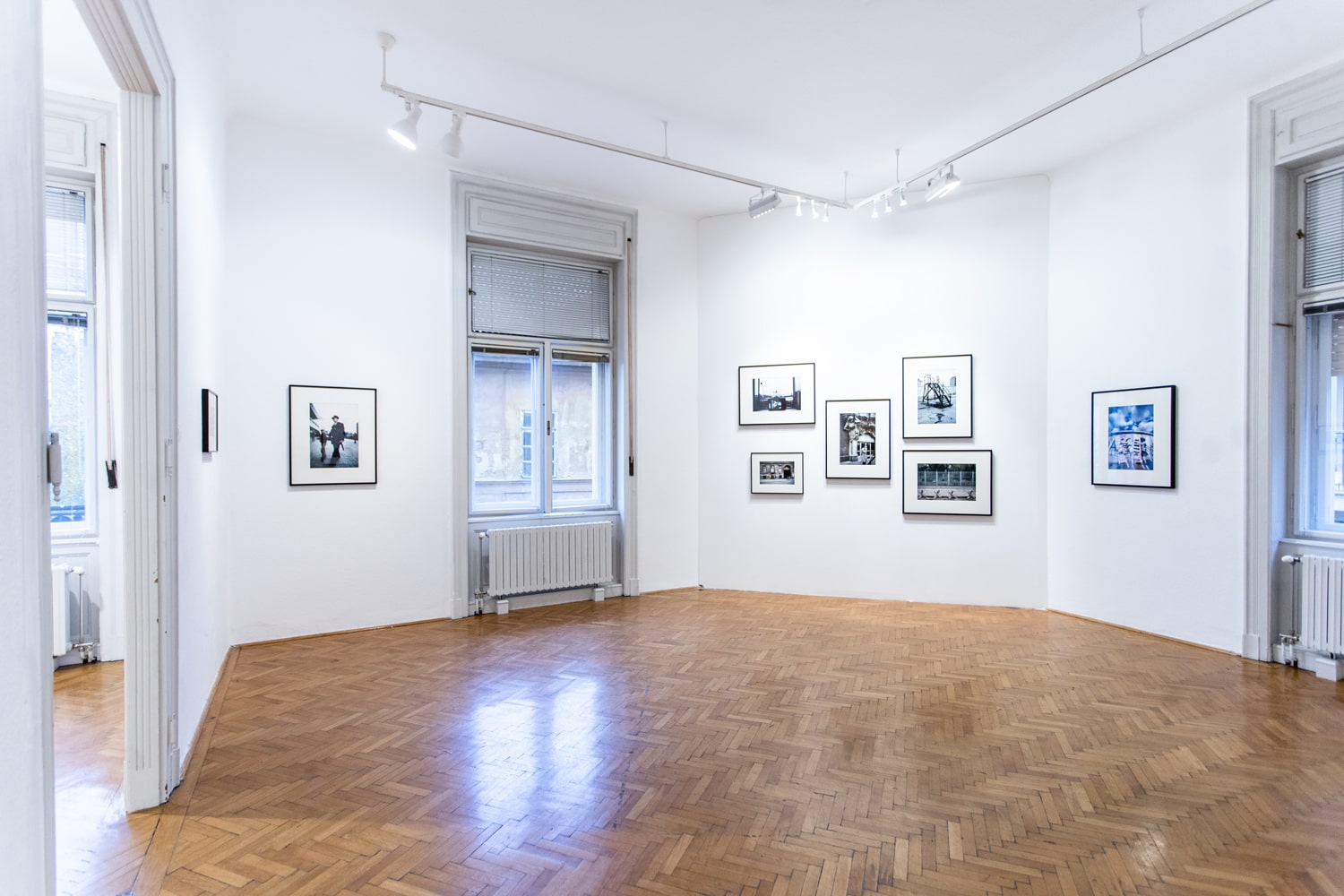 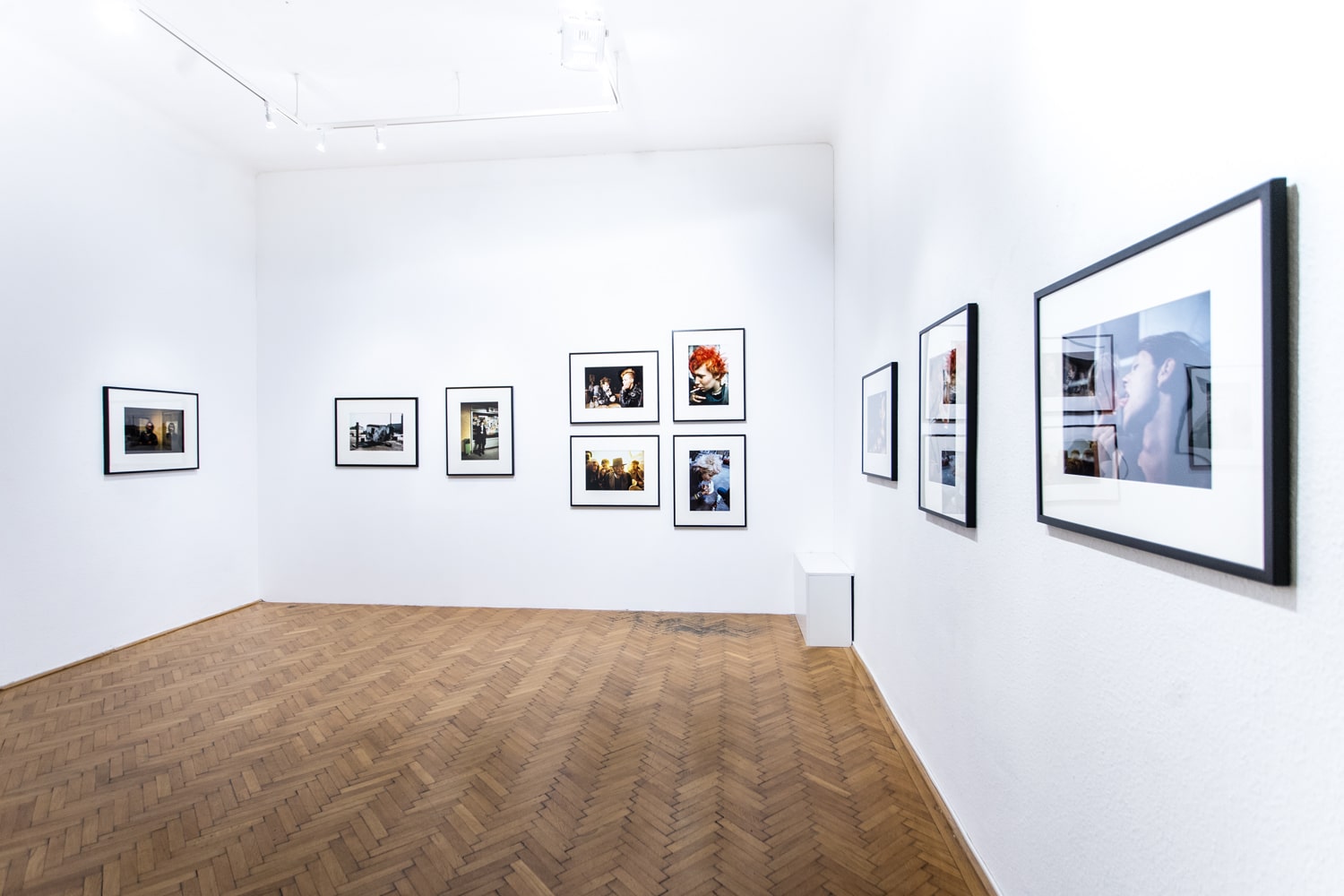 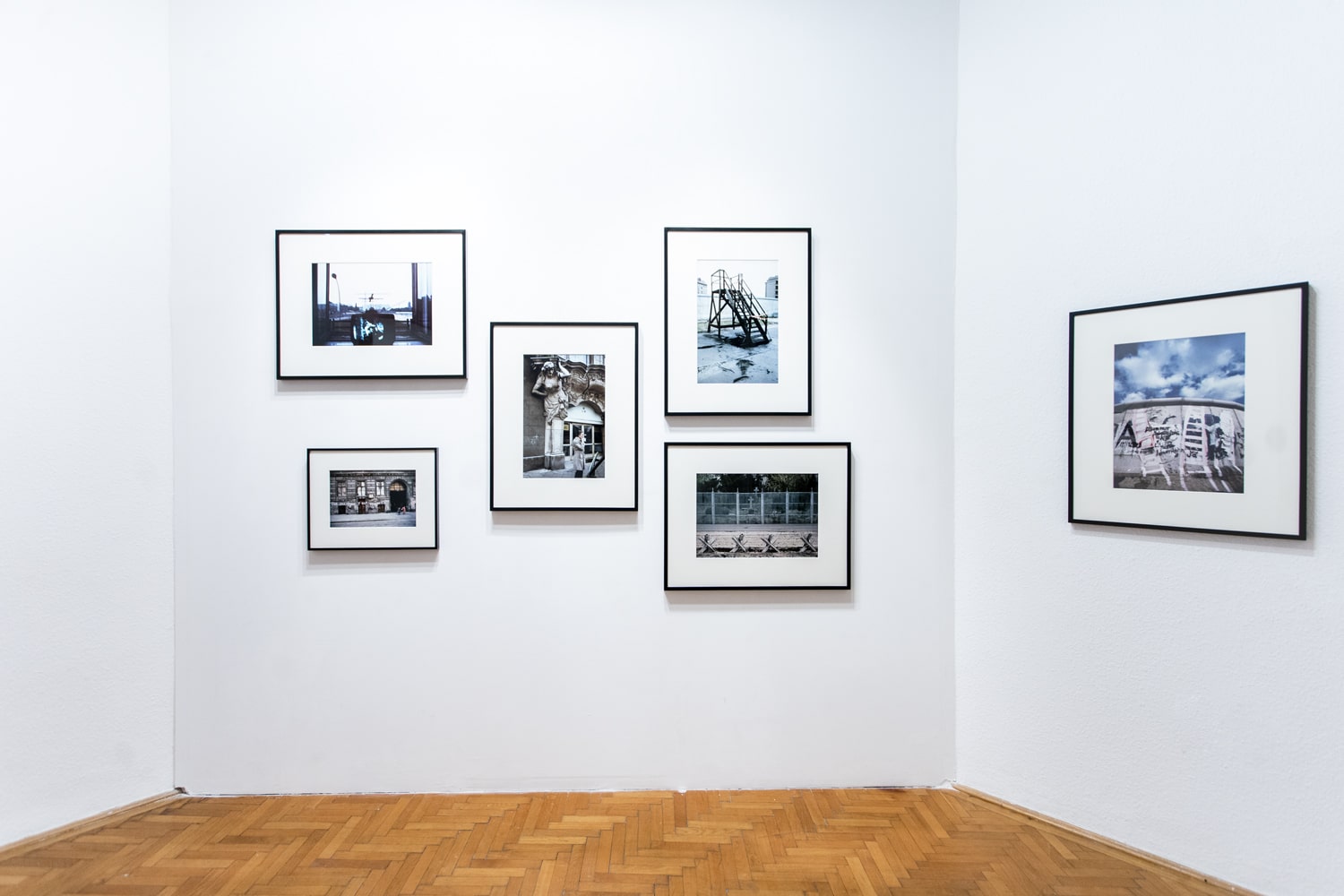 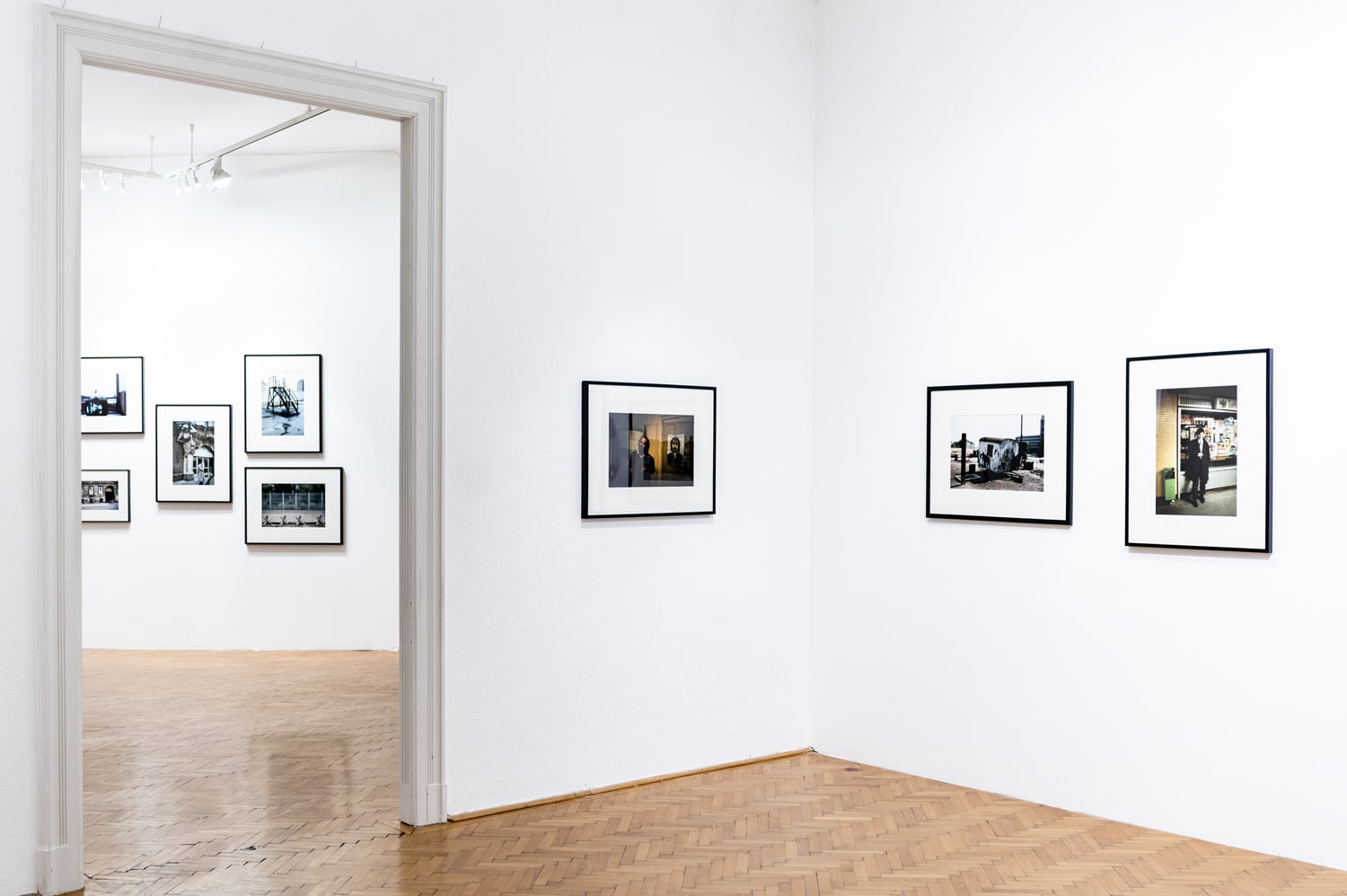 Starting at the end of November and reaching well into 2019, the year of the fall of the Berlin Wall, the exhibition presents vintage and unique silver dye destruction prints (Cibachrome) of Berlin in the early 1980s, produced by photographer and post-photographer, the Berlin-based Canadian-born Philip Pocock. The exhibition showcases a broader selection of the series that enjoyed considerable success at Paris Photo in early November.

The unique Cibachrome originals, each exposed and processed in a punk painterly way by the artist, present lyrical and sometimes surreal, psychological documents of Berlin's Zeitgeist during the Cold War. His shattering of the medium through multiple exposures suggests hallucination as a valid perceptual form suggesting in a visceral way the Wall Sickness suffered by some Berliners, mainly those in East Berlin cooped up not by one limiting border, but two.

Kodachrome 25 slide film, and a few rolls of fast Ektachrome, were exposed (approximately 2000 images in all) during Pocock’s time in the spring and early summer of 1982 Berlin on the invitation of Berlinische Galerie as one of four photographers, each representing one of the four sectors of the post-WWII divided city (American, British, French and Soviet) to honour the 750th anniversary of the city’s foundation in 1987. Pocock was invited to represent the American sector on recommendation by Cornell Capa, Magnum photographer, founding director of New York’s International Center of Photography (ICP), where Pocock taught Cibachrome photography and printed for Capa throughout the 1980s.

No longer in production today, Cibachrome is a brand name for 'Chemical industry Basel's 'silver-triggered dye-destruction print process', used almost exclusively by commercial colour photographers upon its inception. Common commercial penchants for normalised, naturalistically detailed mid-tones and -hues, and Cibachrome's extreme need for active painterly handwork during the process, as well as its market value-added price lending Cibachrome the reputation as being the 'Porsche' of photography kept fine art photographers away until it was clear Cibachrome's cyan, magenta and yellow organic azo dyes coming from the textile and clothing industries are the most permanent in colour photography.

Pocock is a keen and sensitive observer – the hand, eye and mind poetically directing the focus of his one lens (35mm) – and penetrates in his darkroom process the psychological depths of the appearance of reality represented in the surface of his photographs. Mauerkrankheit (wall sickness), the title of the series and of the exhibition, is a term with a special place in Germany’s history of psychology. It is used to denote a group of symptoms related to depression, caused by the erection of the Berlin Wall. The images of cultural underground milieux, punks, squatters, 'urban indians', wild style artists, and images of ordinary inhabitants shot from the hip, open scenes of the everyday life in the 'schizoid' city, as well as other walls in urban spaces, in architecture and those supporting graffiti build up to a montage or tableau of a time and place, Berlin 36 years ago, now history, gone, having collapsed into its current reunified and rapidly gentrifying state. Details in each picture reveal specificities of the city divided, its psycho-geography and situations, the absurdity of Berlin (and the world) being divided by a wall. In addition to, and fully in line with these, the exhibition includes the portrait of Bruno Schleinstein, who played the main character in Werner Herzog’s cult movie, Caspar Hauser.

A special group within the Berlin photos is that of multiple exposures (MX). While Pocock is an ever-inquisitive explorer of the poetics of techniques, technologies and media, some of the multiple exposures here also have a historical explanation: When taking photos in East Berlin, he was arrested and his films confiscated. Luckily, the rolls were eventually returned to the artist, but as they were unmarked, he put one back into the camera at random – resulting in it being exposed twice. Upon developing that roll, Pocock realised that made sense, and he carried on with this serendipitous, photographic error in a manner that may be termed 'Fautographique' (to borrow a funny homonym from Man Ray, Faute means error).

As Eric Himmel, now editor-in-chief of the legendary publisher Abrams Books observed in his foreword to the catalogue of a 1983 exhibition of Pocock’s already famous Berlin series at the London Regional Art Gallery (Ontario, Canada),

“The multiple exposures that Pocock made in Berlin are argumentative, photographic and slapdash. Like the most ambitious new painting, they are indifferent to received notions about the centrality of formal values and craft to art, seeking new value. They are purely photographic, but they are clearly fashioned in the manner of Robert Rauschenberg’s paintings of the 1960s that included overlapping montages of silk-screened photographs [...] Rauschenberg made a point of sacrificing composition on the premise presumably that a strong, coherent composition would distract from other elements of the work that he considered important. The “other elements” involved formal qualities like colours and textures, but mainly, they brought subject matter into new play. […] As Pocock’s multiply-exposed photographs of Berlin demonstrate, this play is hardly frivolous. Pocock takes very seriously the concerns of documentary photography. If he made assemblages of images to document Berlin, it was because he believed that by doing so, he could better do justice to the reality he found there.”