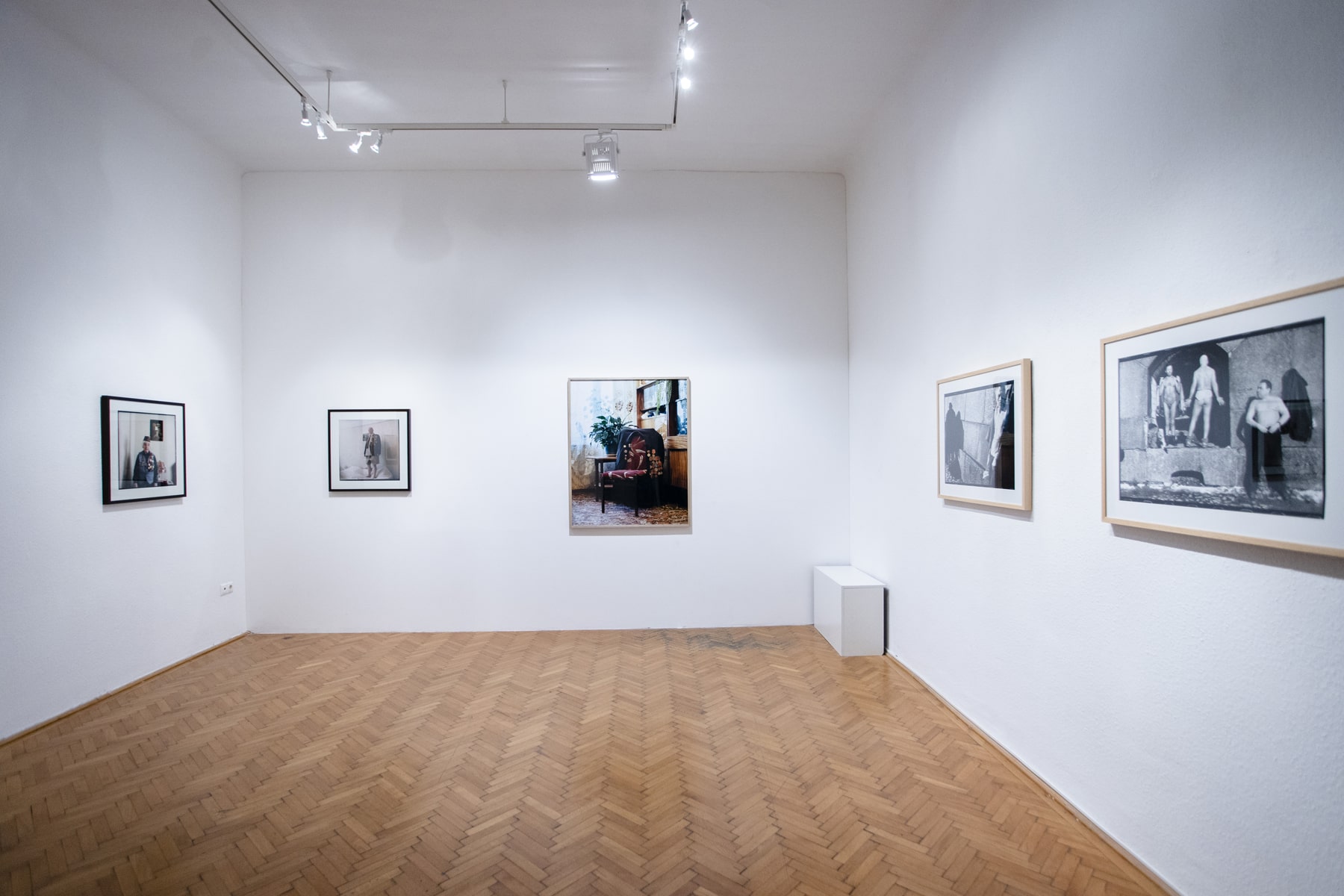 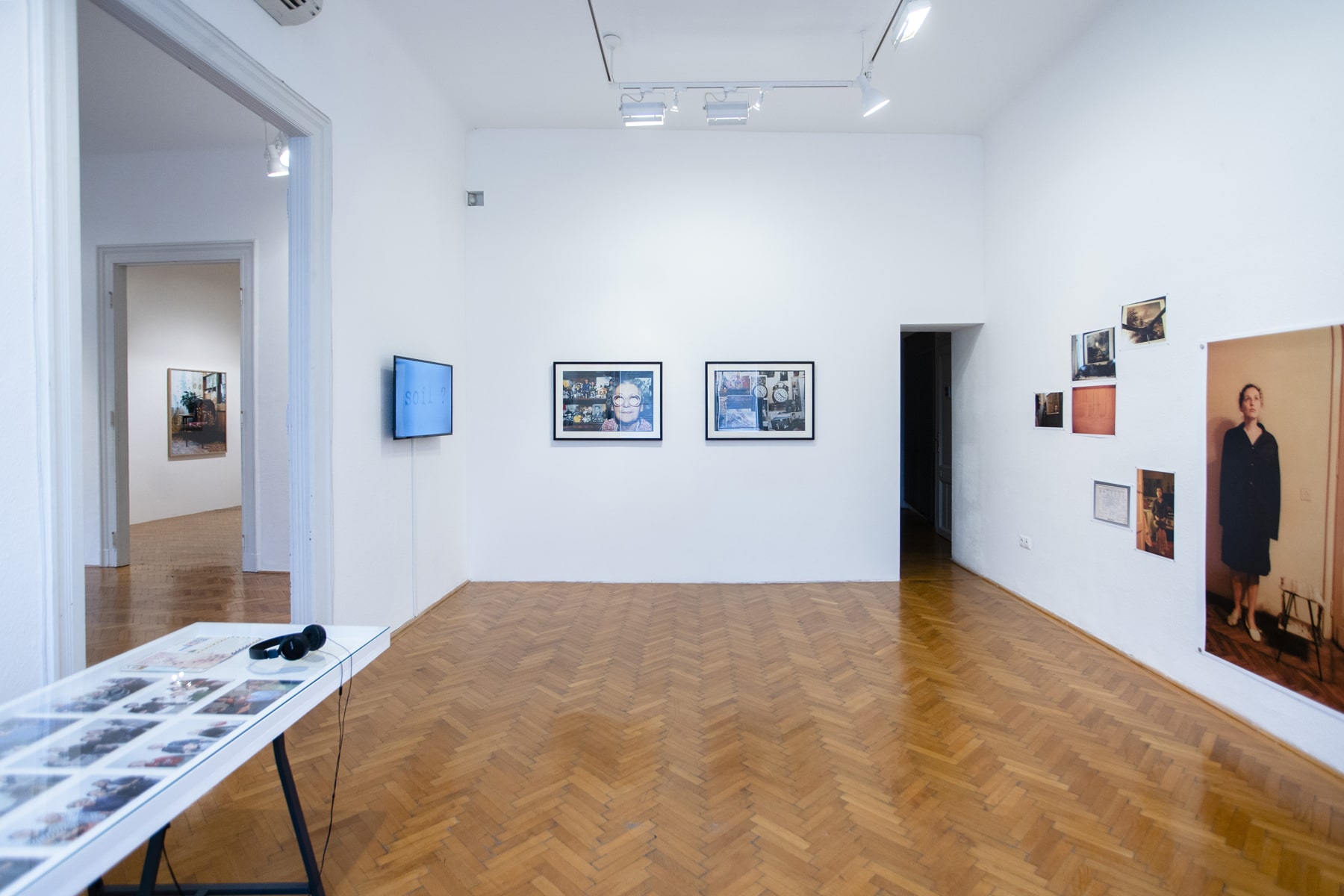 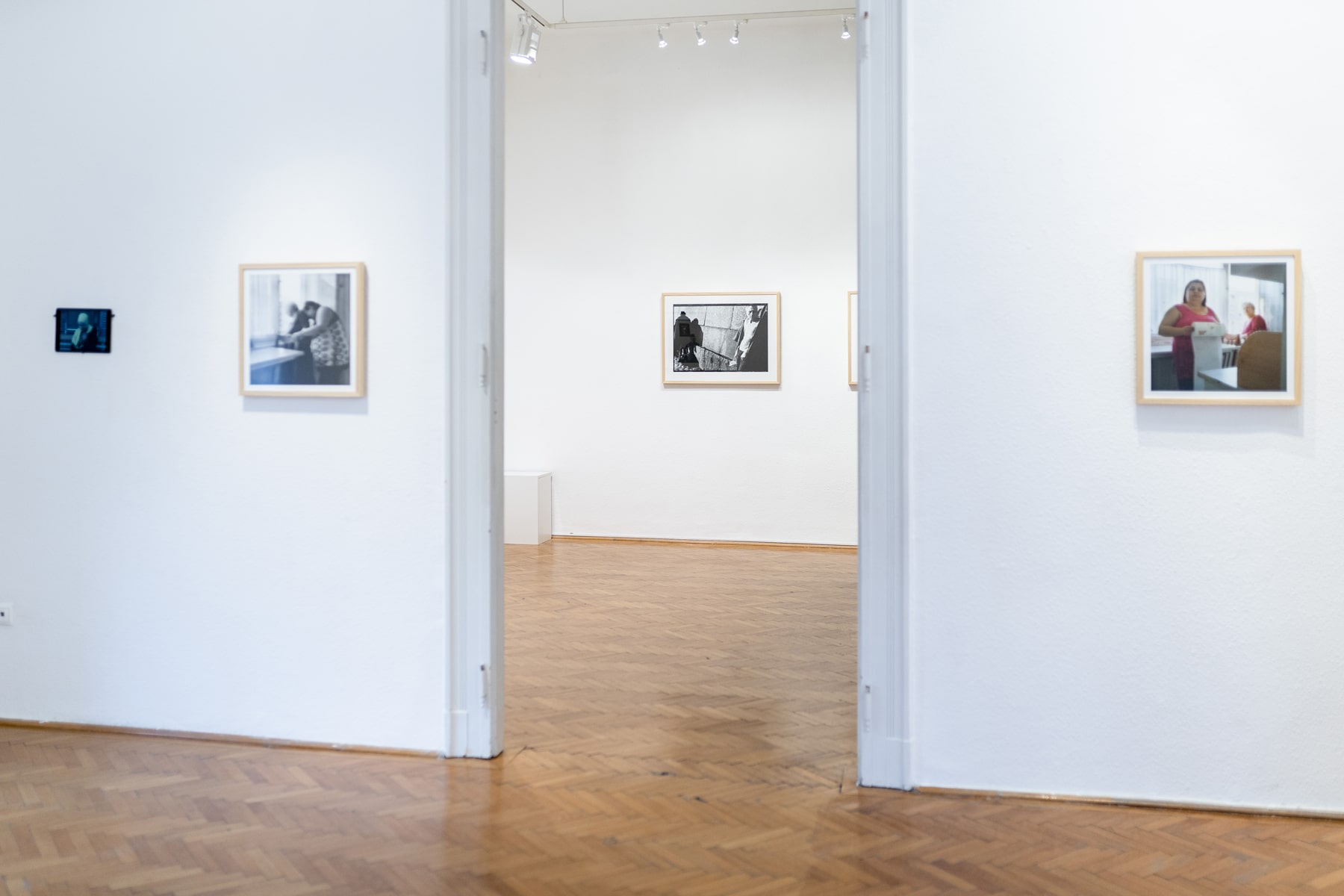 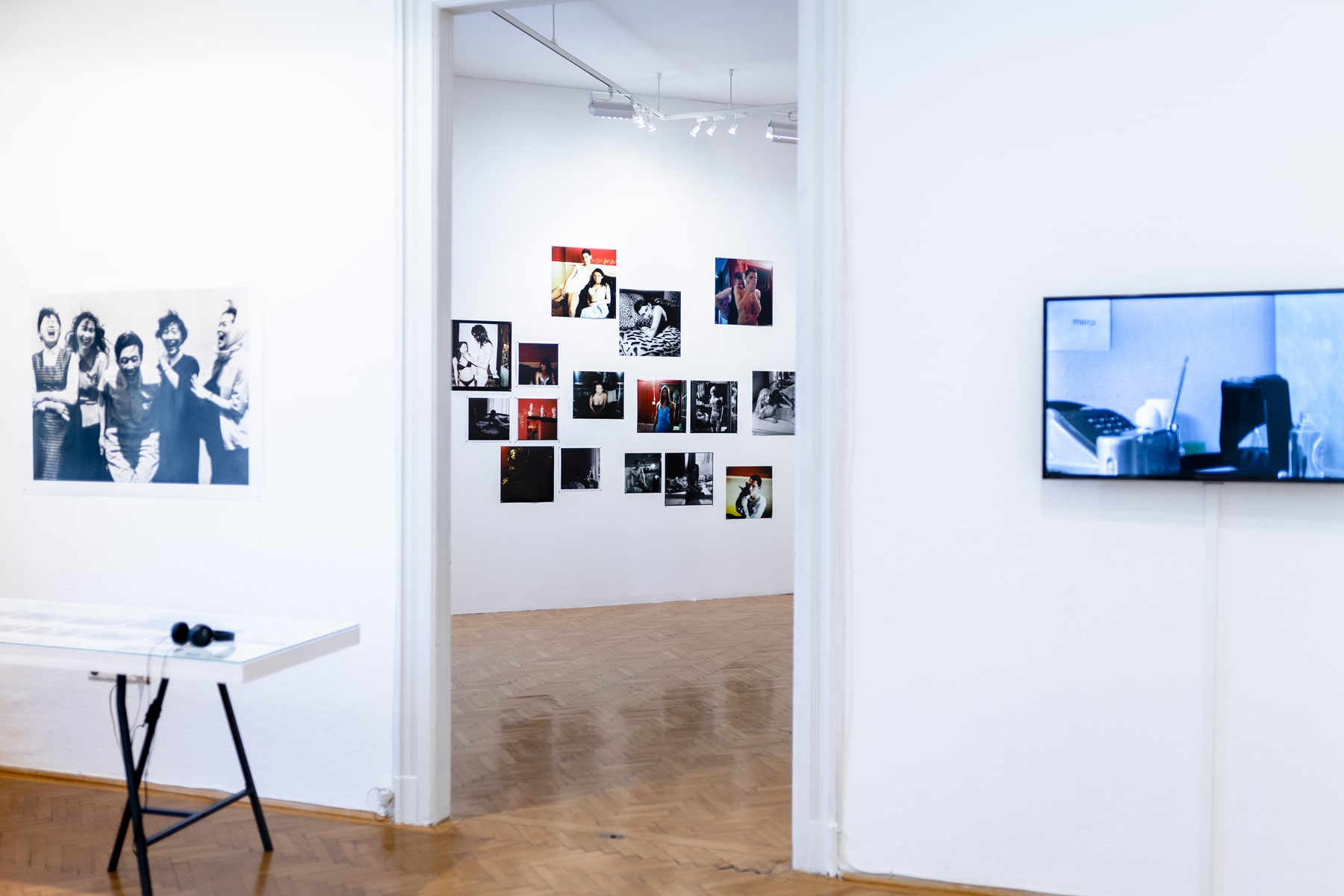 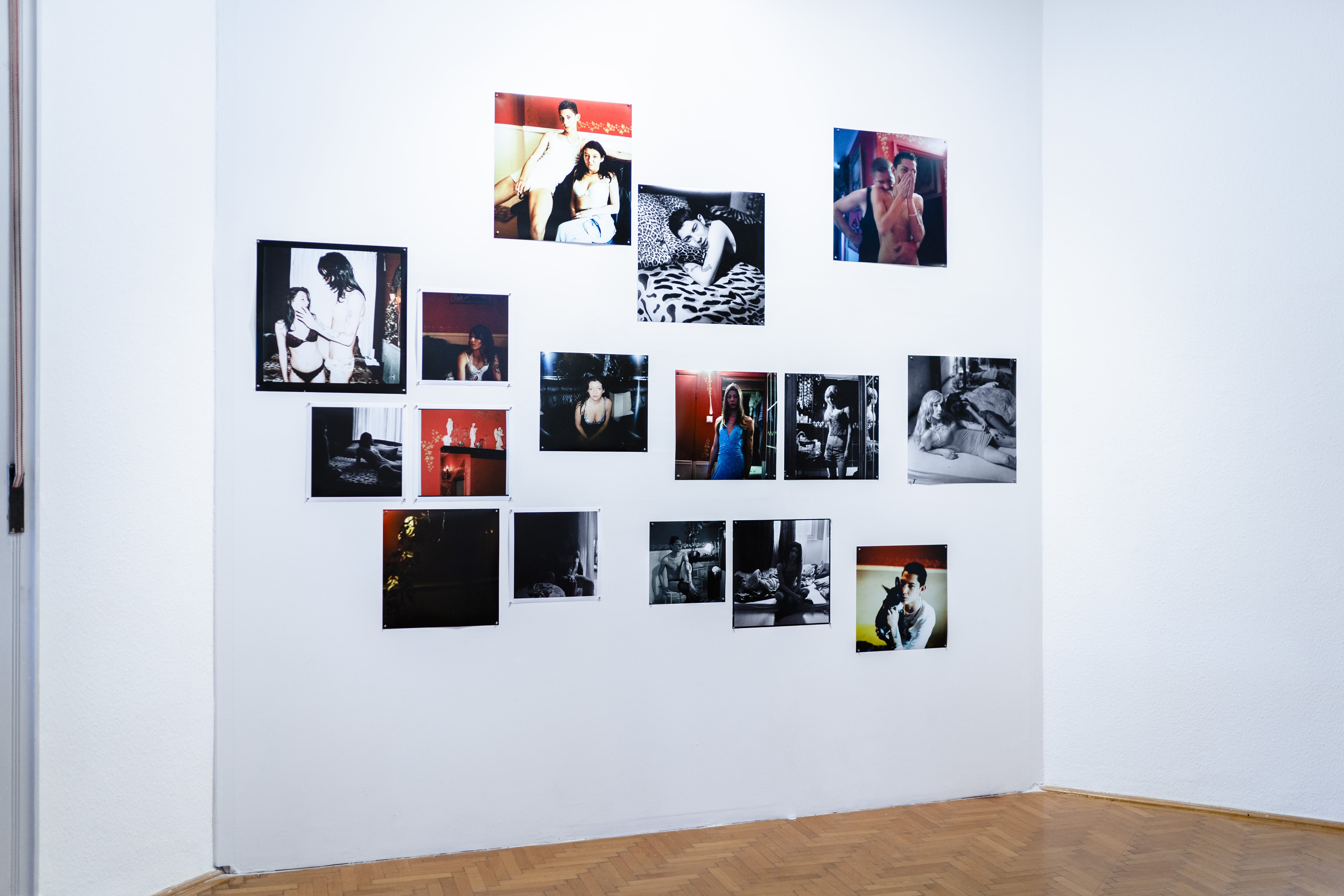 In a world shaped by globalisation and migration and still largely dominated by men, where the struggle for power and influence increasingly exposes socially marginalized communities to become subject to discrimination, the artistic positions featured in the exhibition focus on stories of human vulnerability, addressing issues of belonging and identity. They search for personal stories to explore and express the complexity of human relationships. Referring to Lilla Szász’ profound inspiration from literature and film, whose work is in the center of the show, and featuring works by artists from different genres, the three acts of the exhibition endeavour to create a dialogue between sensitive observers of intimate life stories.

Szász photographed a peculiar a group of unemployed local people who spend their days sunbathing at the wall of Peter-Paul Fortress in Saint Petersburg. Here, a group of naval academy cadets march in Gluklya & Tsaplya’s video, carrying delicate white dresses in front of them. Equally vulnerable looking in Lilla Szász's photographs are the Russian-Jewish veterans now living in New York, as well as the almost unforgotten Latvian veterans in Anastasia Khoroshilova’s photo essay who once fought on enemy sides during the World War 2.

The complex relationships in unorthodox families emerge from Paz Errázuriz's photographs of transvestites in Chilean brothels and in Lilla Szász's photo series featuring prostitutes in Budapest.

In an intimate communication between women of different generations, Maya Schweizer's grandmother answers the question whether she has friends in the retirement home in a fragmentary train of thoughts; Ditte Lyngkær Pedersen investigates the unrevealed story of an old photograph found in the album of an 80 year-old woman in Tokyo; and Lilla Szász re-enacts the life of the deceased previous owner of her apartment using the found objects of the old woman.