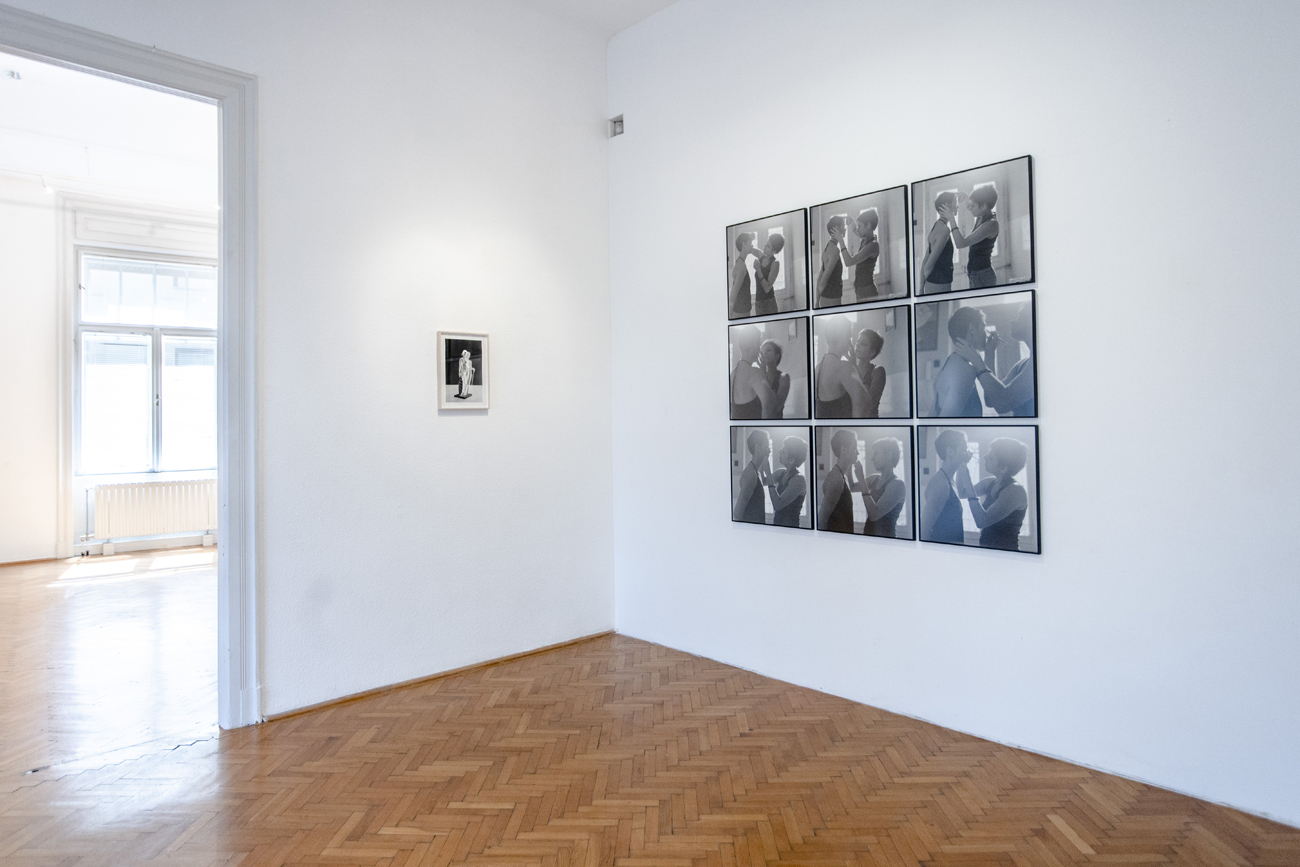 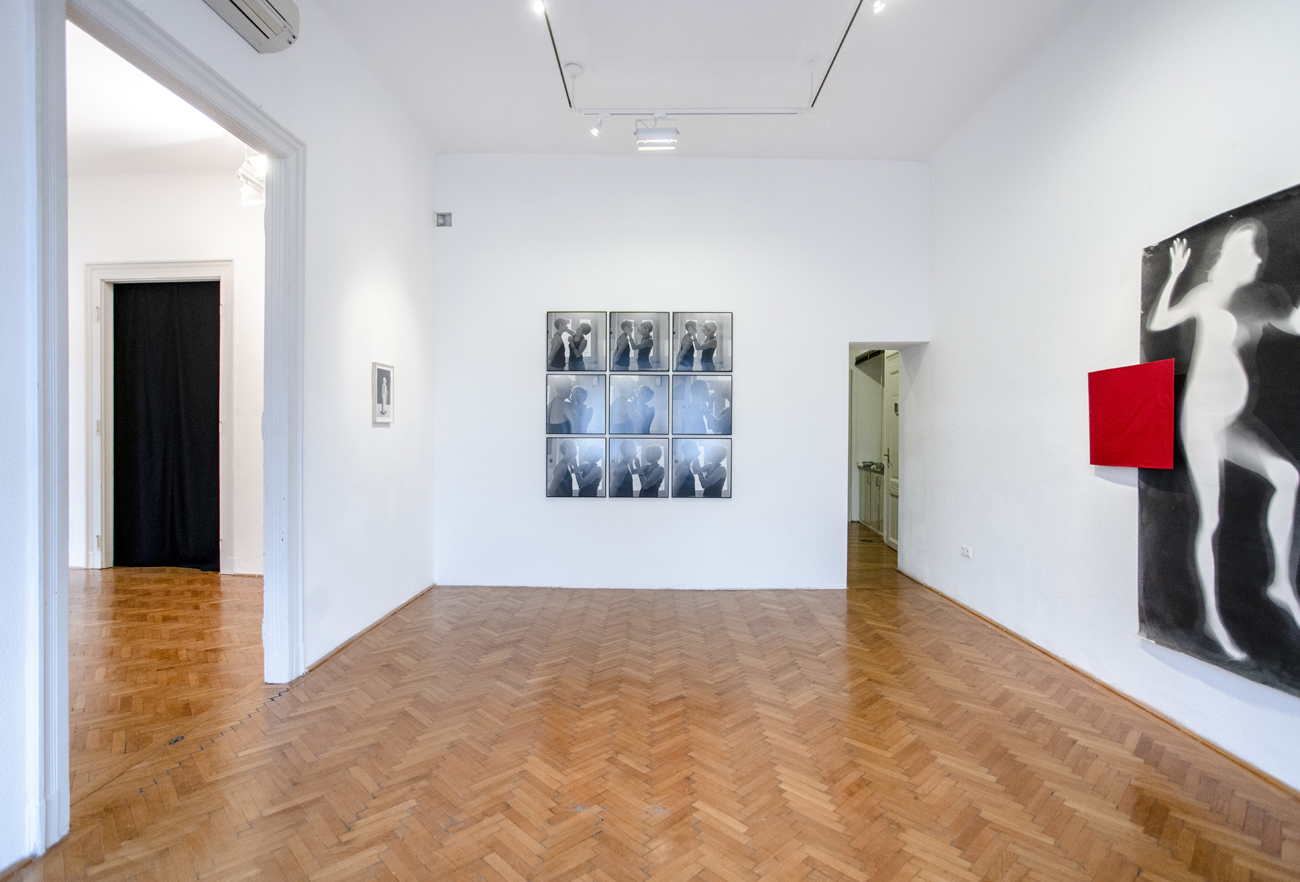 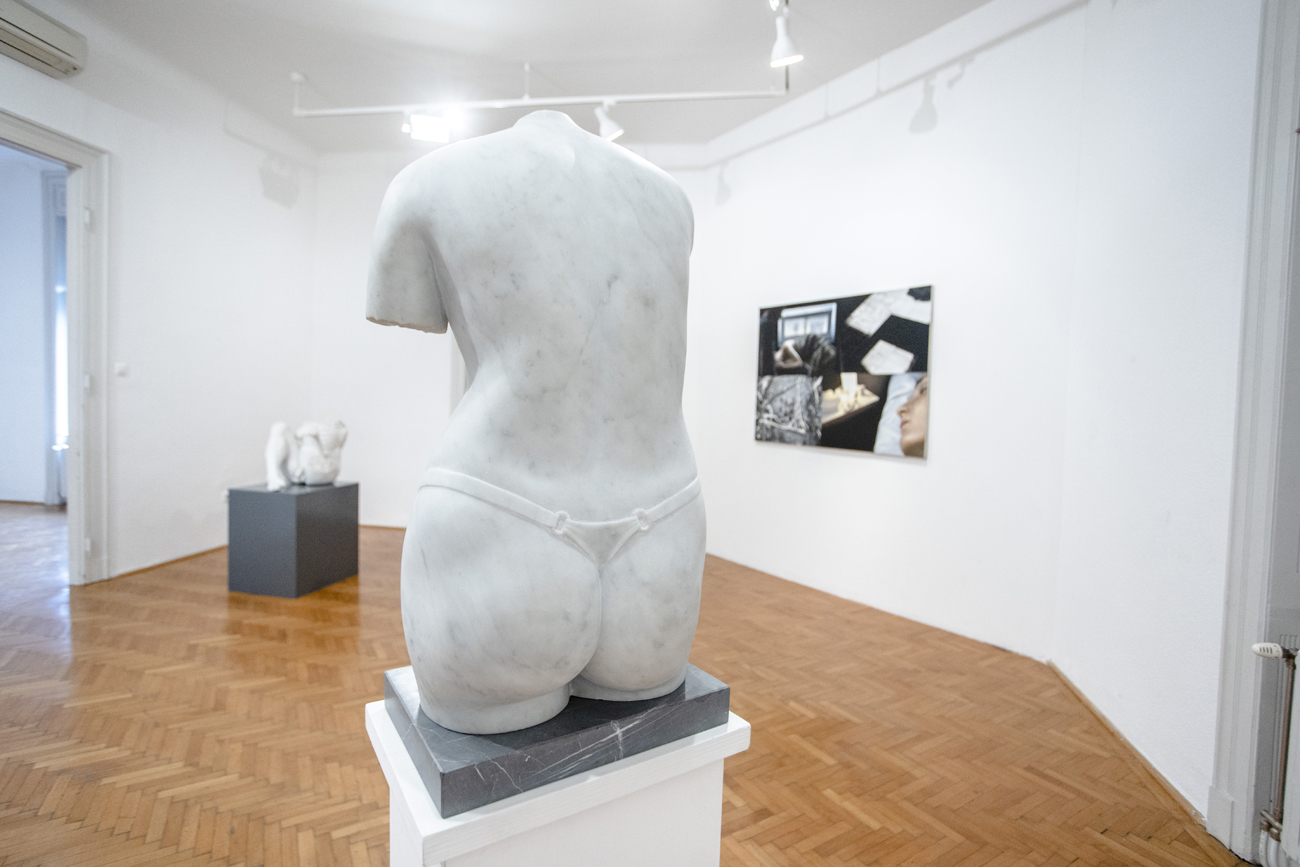 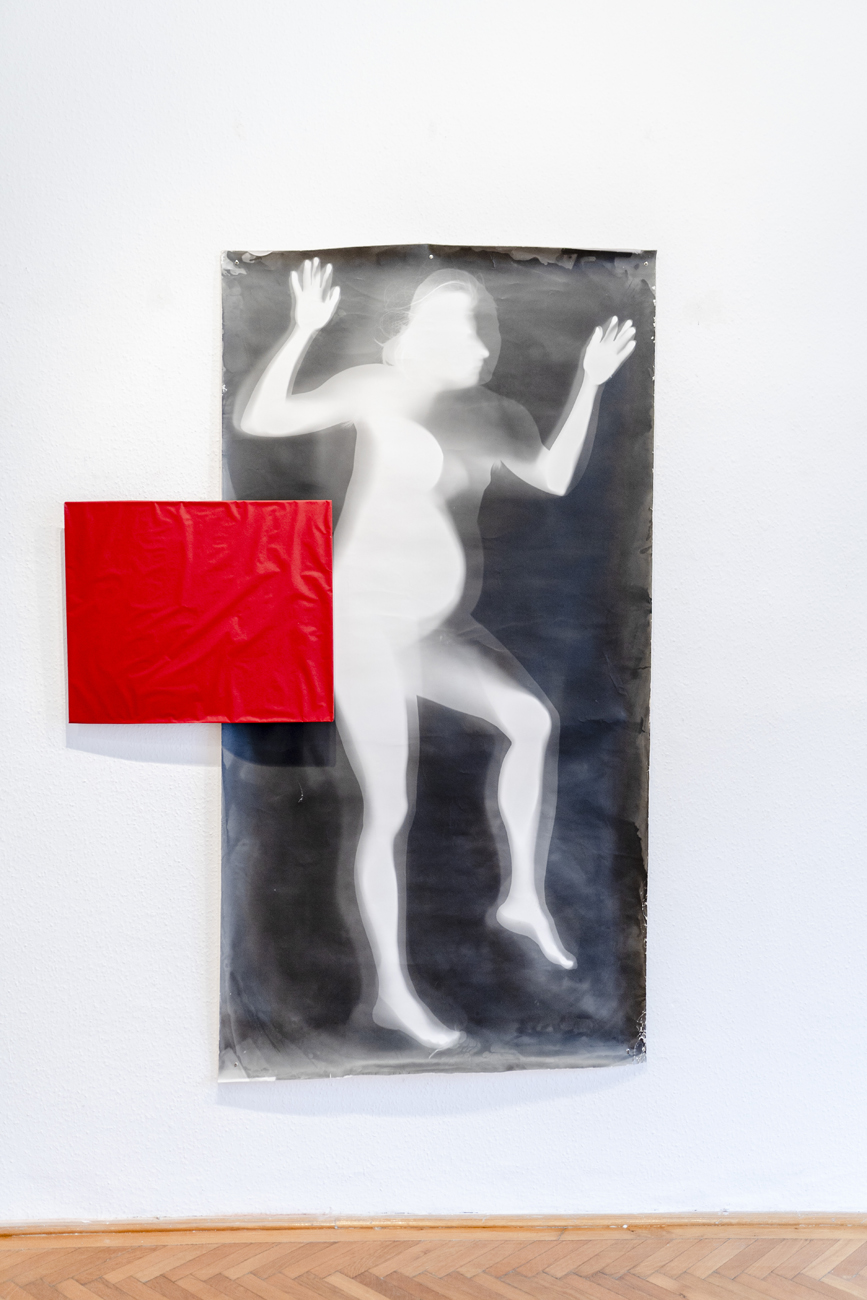 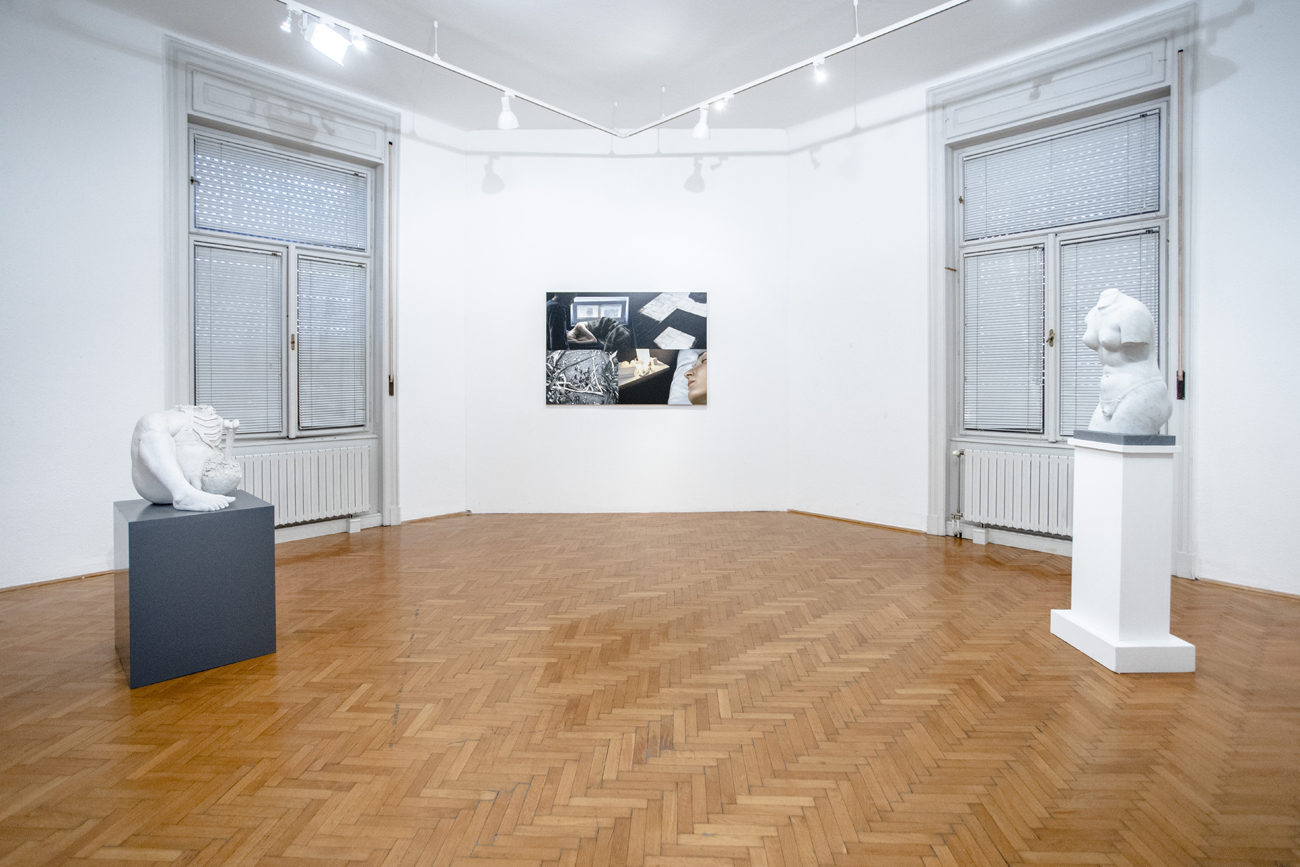 The Zone is a mysterious area in Tarkovsky’s Stalker, where things happen somewhat differently from the way they do in everyday life. The title of the exhibition refers to this inherent strangeness – the exhibition room is not essentially different from everyday rooms in a physical sense. At the same time, the unusual objects placed in it generate a particular „zone”. Especially when they are artworks that raise issues or problems that may be considered as rare or borderline cases of human existence.

Artworks by Inda Gallery’s woman artists constitute the core of the exhibition. Their works represent such situations, conditions or lifestyles on a wide spectrum: the androgyn is between woman and man; dreaming is between sleeping and being awake; with its slight erotic implication, the relationship between the girlfriends in Lilla Szász’s photographs is made to be seen as queer by mainstream heteronormativity; likewise, pregnancy is looked upon as an out of the ordinary state by the misogyn gaze. The modes of representation are divers too: it can be gentle (Lilla Szász) or firm (Zsófia Fáskerti), abstract (Márta Czene) or corporeal (Marianne Csáky). Some of the transitory states represented here (such as dreaming or pregnancy) may be pushed into becoming border-line by social judgement (Ágnes Eperjesi).

Each participating INDA artist was asked to choose an artwork by a fellow artist to be included in the show – one that they consider as bearing some kind of connection with their own work, or with the curatorial concept, and therefore with the exhibition as a whole. Marianne Csáky chose Mária Chilf’s watercolour; Márta Czene a film by Júlia Gerőcs and Gabriel Studerus, Ágnes Eperjesi chose Gyula Pauer’s photo-pseudos, Zsófia Fáskerti brought Adél Kerpely’s animation and Lilla Szász a photograph by Péter Puklus.