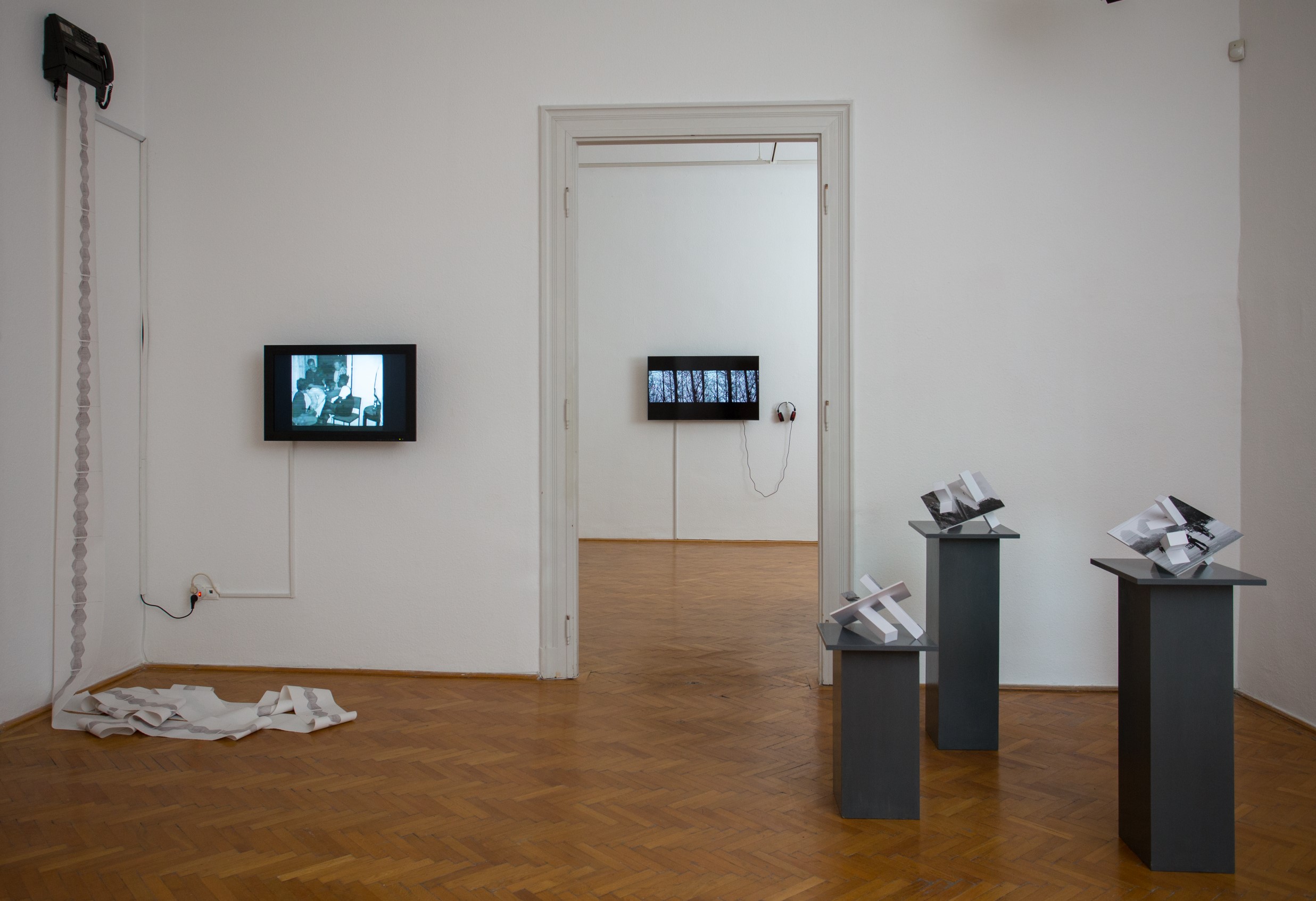 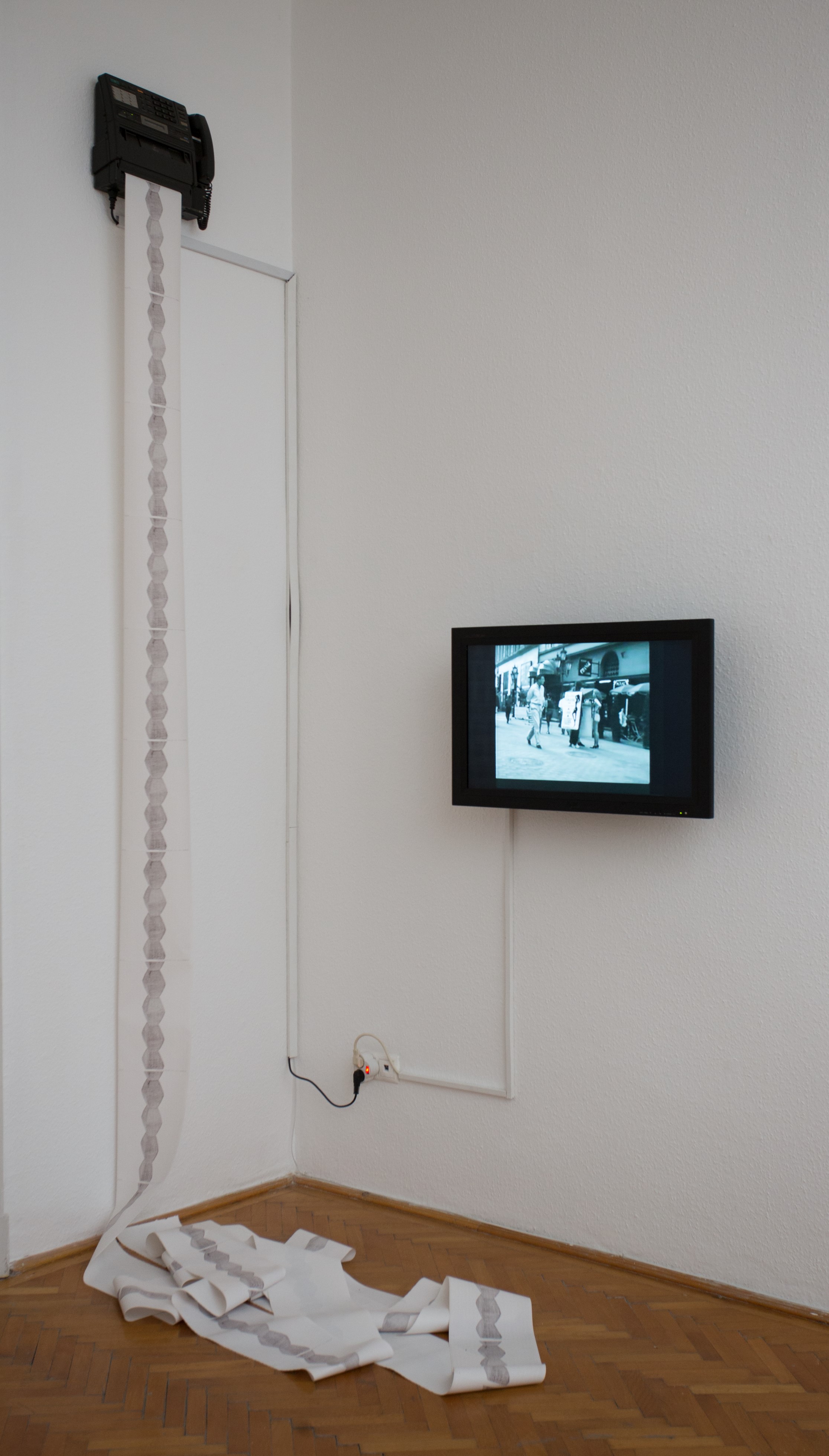 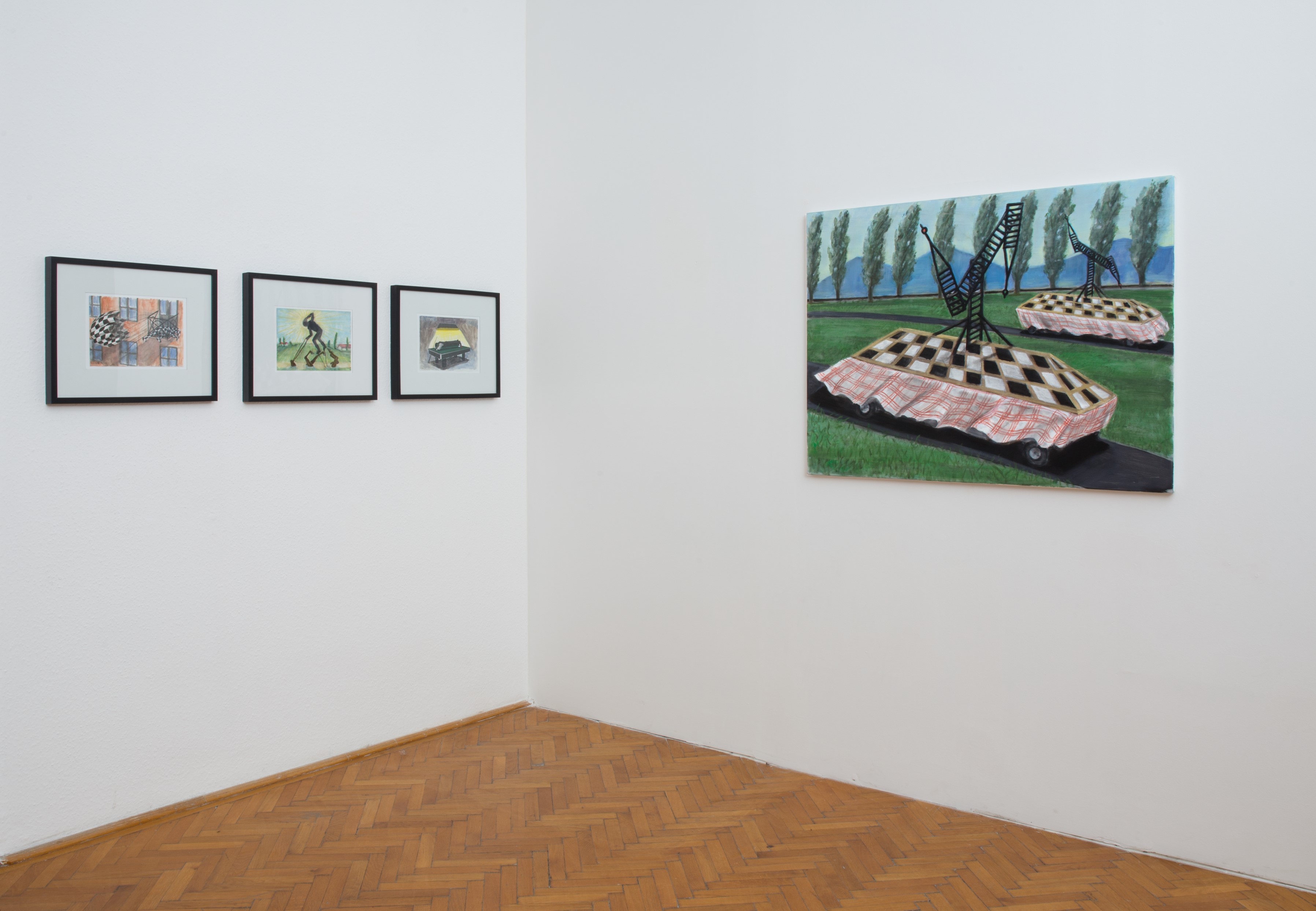 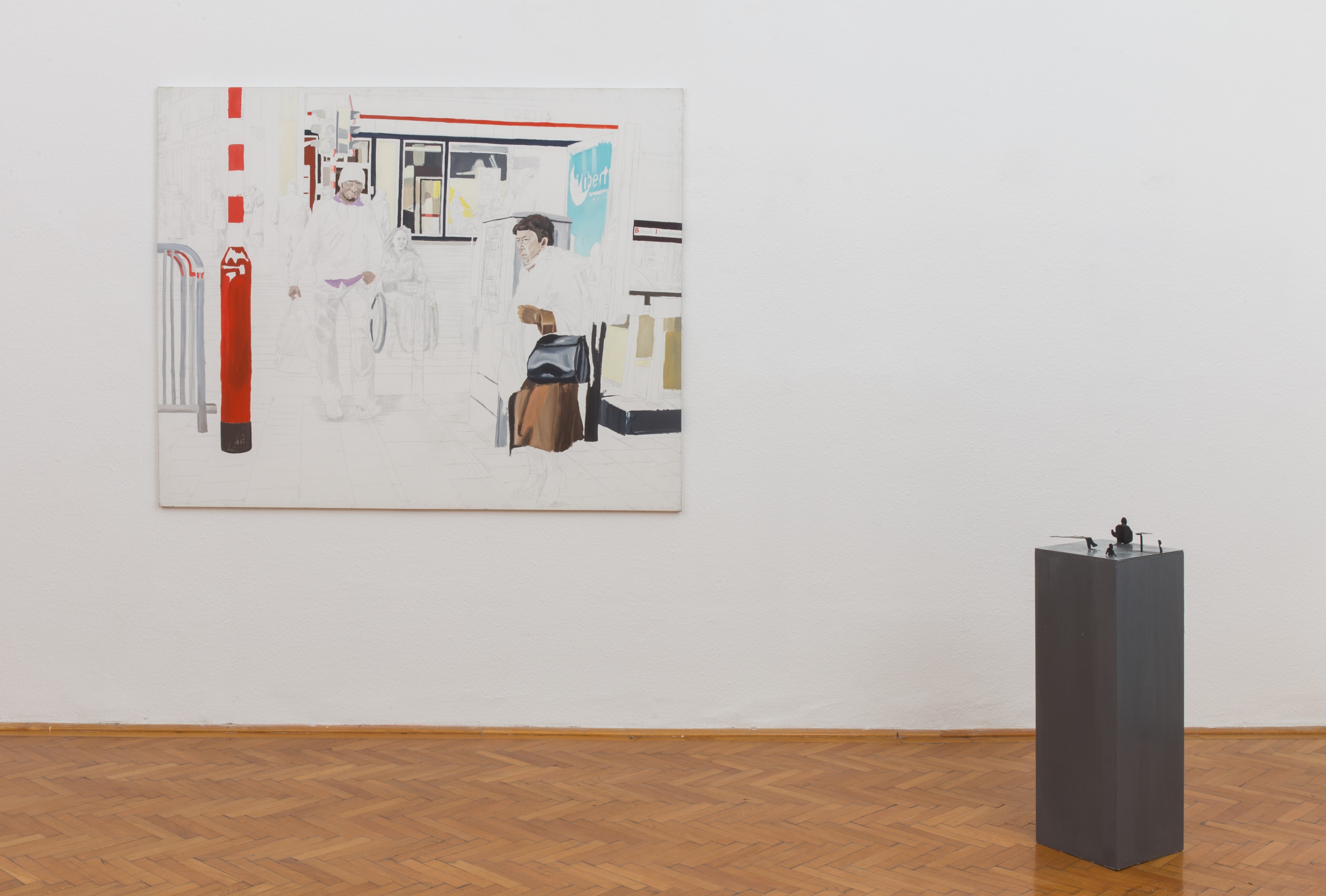 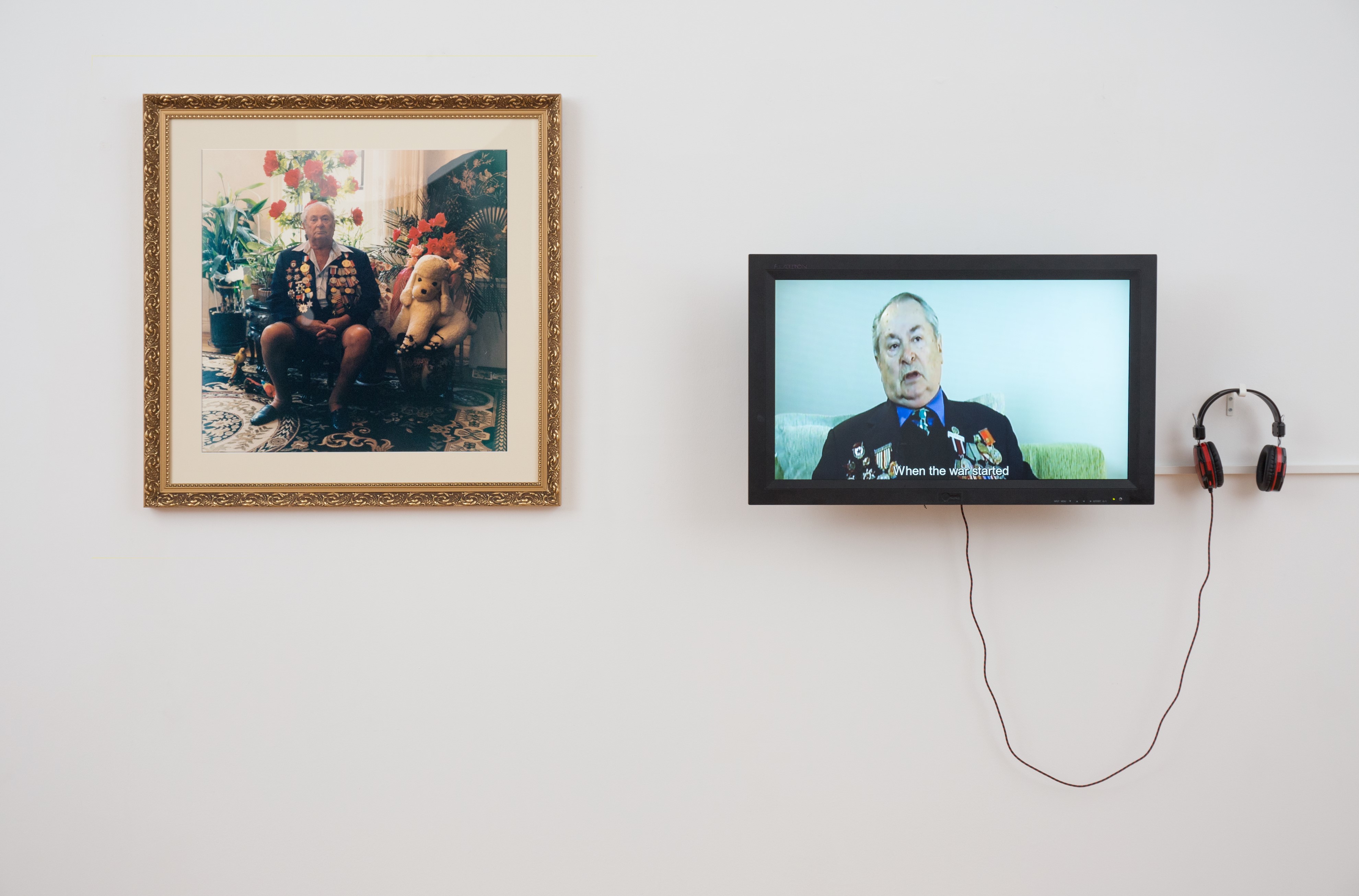 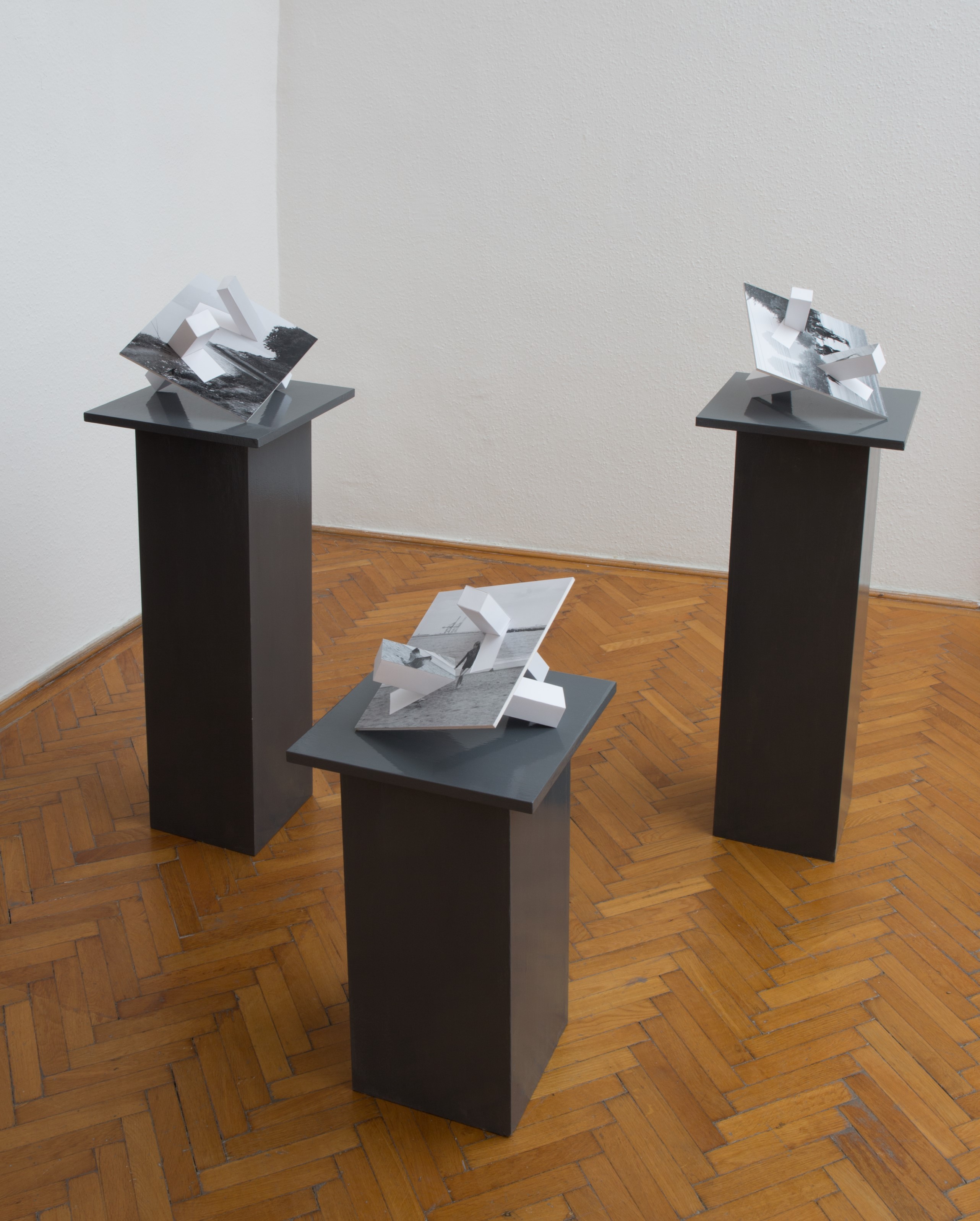 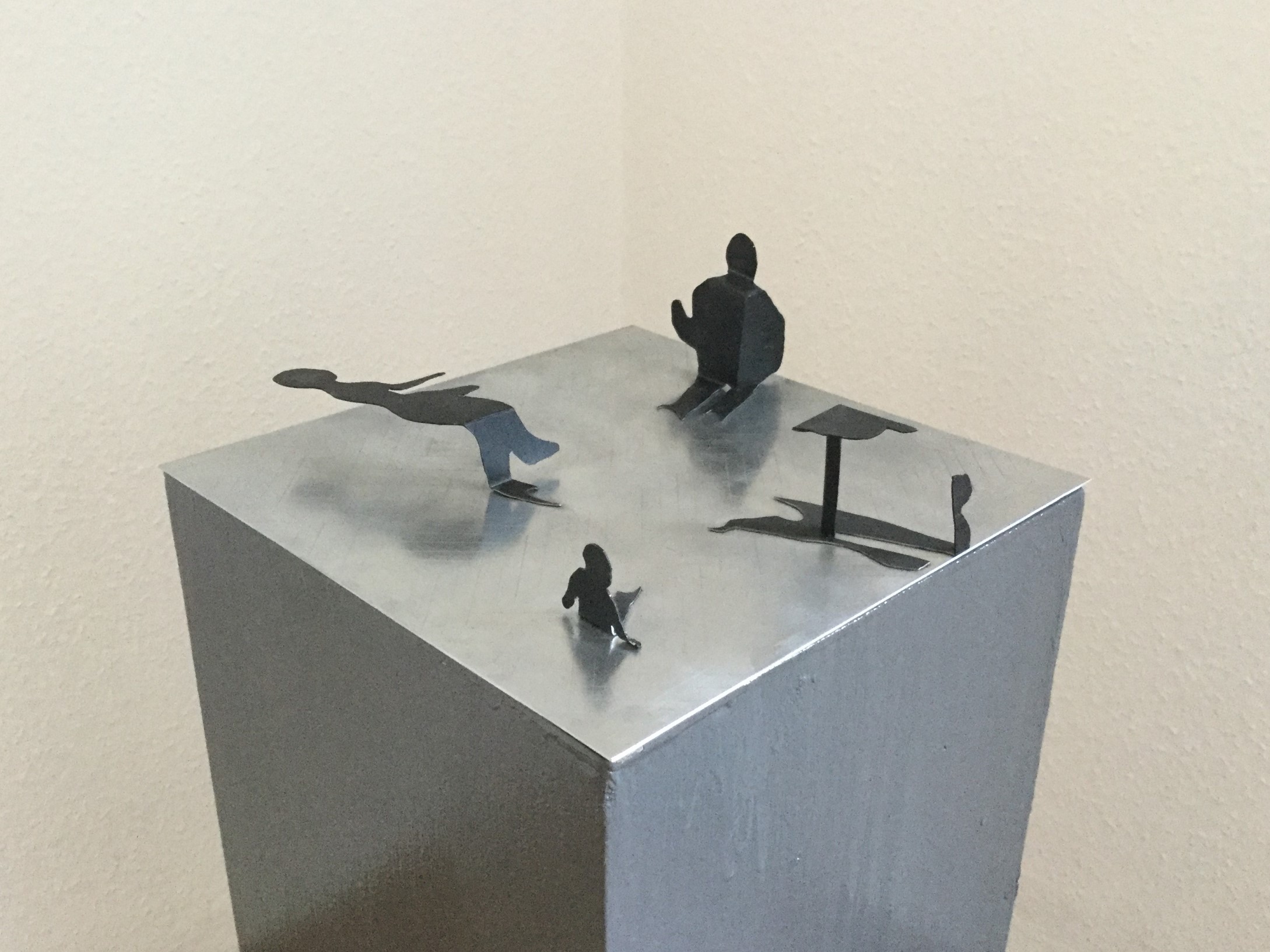 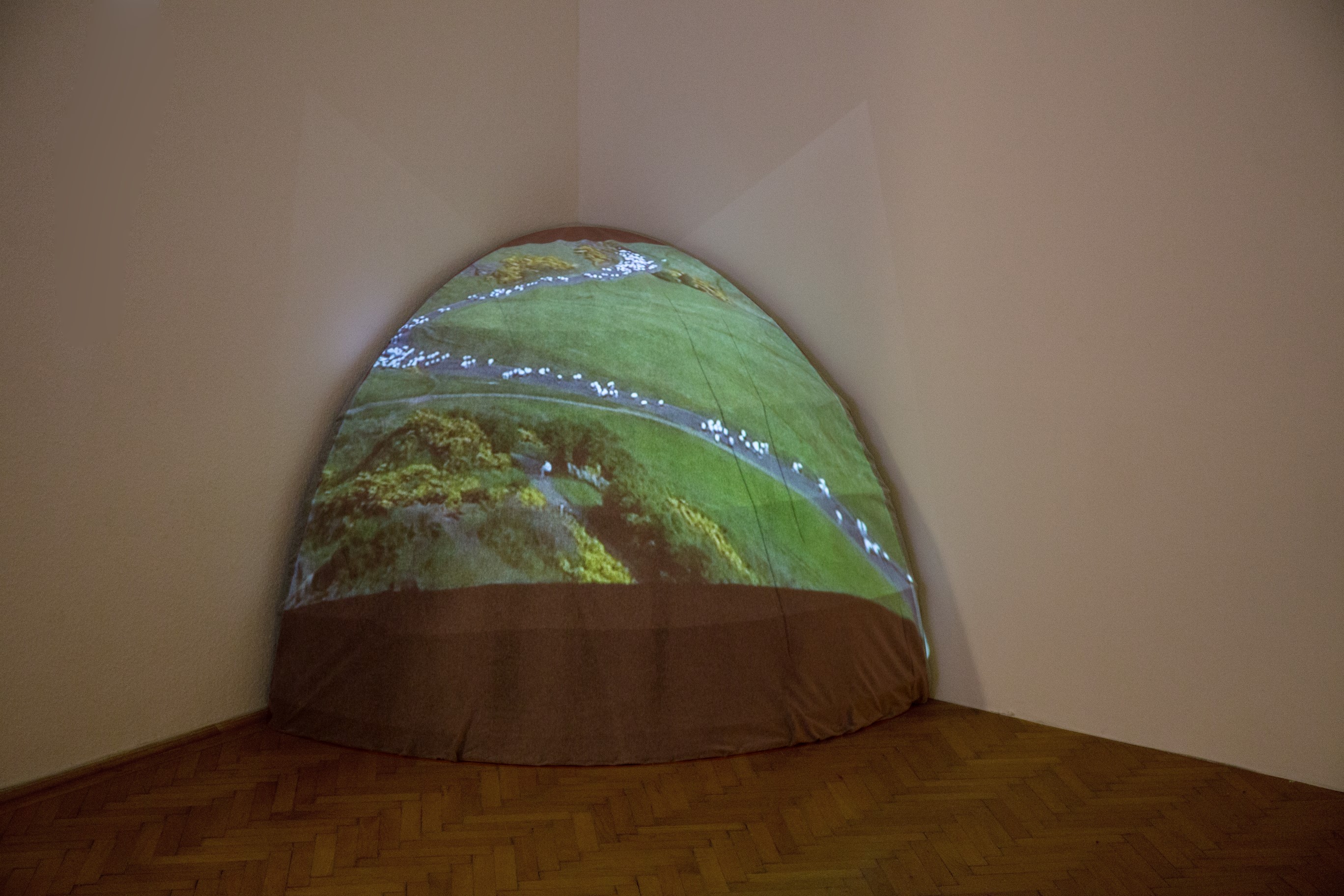 Somewhere in Europe – in the centre of Brussels – there is a private building that provides comfortable shelter for migrants free of charge. People en route can feel that they have ‘arrived’ somewhere, and stay for a few months – not in luxury but in very humane conditions. Migrants staying in this house can be anyone needing to stop on their way from somewhere to somewhere, from Syria and Iraq, but also from other places, including from very near, like in Belgium. People on their way for any reason that has led them to leave home, their earlier life and set off towards something else…

This house has inspired the exhibition titled “En Route” at INDA Gallery. Works by ten of the gallery’s artists and by one invited from abroad represent a variety of positions on geographical and spiritual migration, the notions of leaving and arriving, stopping temporarily or settling down. Positions and situations that we have all experienced or can identify with. Visitors can see geographical, historical, emotional, spiritual and social situations, community narratives, utopias, personal chronicles and myths unfold, in some cases biological-botanical phenomena become the metaphors of migration, wandering, roaming.

Today, the theme of migration mostly appears in the media and public discourse in a distorted sense, narrowed down and politically schematised. The videos, paintings, sculptures, photos and installations in this exhibition include new works as well as ones that dealt with the subject before – broadening the context, the connotations of the notions of being on en route, migration, pilgrimage, departures and arrivals. The works are personal statements, which do not overwrite the currently dominant meaning of these notions but reintroduce them into a much broader context. At present, when our personal attitude towards migration, a feeling of solidarity or threat, is mostly determined by this phenomenon’s current political aspects, the works presented here reopen it towards other types of attitudes and possible identifications with them.